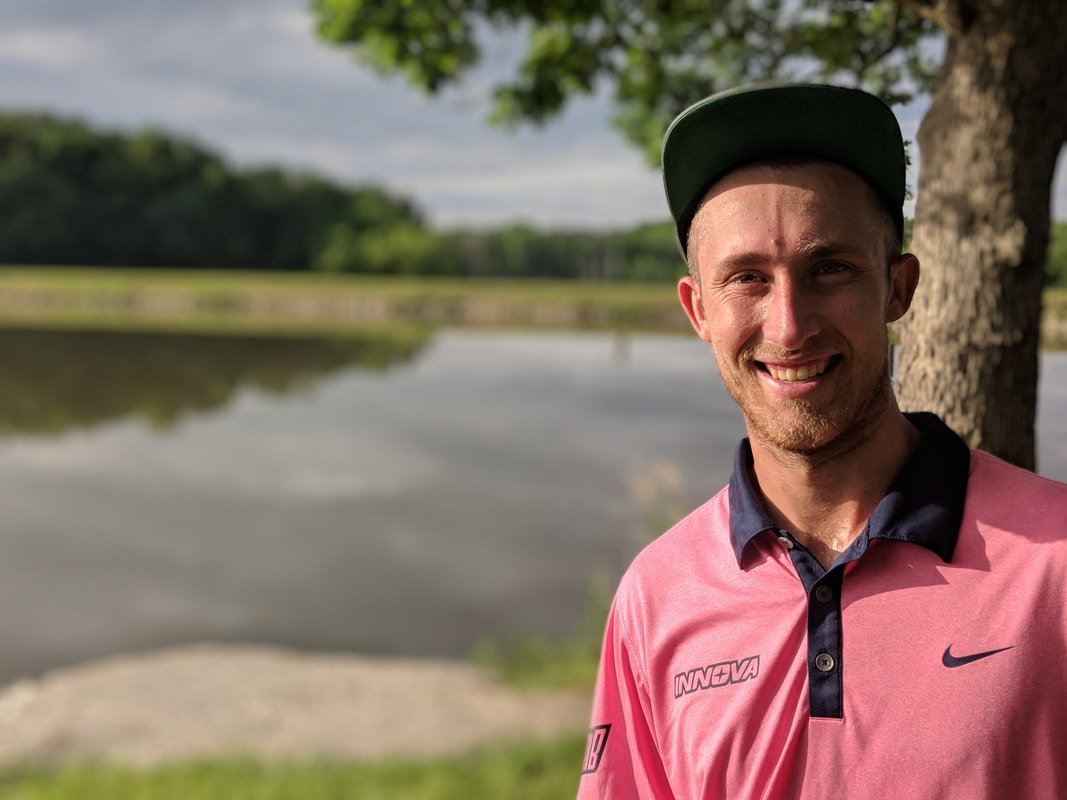 ​Moving day has come to an end here at Discraft’s Ledgestone Insurance Open, and Ricky Wysocki came to play. Watching him before the lead card went off, he was a picture of concentration and focus. On the first hole, a par 4, 633′ gut check over water, his drive landed in circle 2. He challenged the water just enough to give himself a good look at eagle on the very first hole. He would go on to birdie five of the first nine and then card eight birdies on the back nine, go bogey-free, and put himself in contention. “My swing has been really good lately. My timing is on. It’s a throwers course, and that was a good score to put up for moving day. I’ve played a lot in the reason and am excited to give myself a chance to win.”

One potential quandary for Ricky is that he is chasing Paul McBeth. Paul has been the world’s number one player 41 of the last 42 weeks, and it looks like he wants that top spot back. Just like round 1, Macbeth is doing it with his driver. In round one, he had a total of four C1X putts. In round two, he had seven, and like yesterday, he did not miss any of them. Paul leads Ricky by two going into the final round tomorrow afternoon at 4:30 Eastern.

The story of the day had to be Kevin Jones moving up 13 positions with a 12 down. “I was making jump putts and executing shots.” And he was moving up the leaderboard. The buzz was going through the crowds, and as he carded the birdie on 18, a good cheer arose from the appreciative crowd. “Out here you are going to get in trouble, so all you can do is go for it. I was just trying to get as many birdies as I could. I knew after hole ten that it could be a special round. That 60-foot birdie was an extra stroke, and then I just had to keep it going.”

Reid Frescura played solid for the second day in a row and rounds out the lead card, but it was by no means a sure thing. After carding just one birdie on the from nine, Frescura went 7 for nine on the back and put himself in a tie for third heading into the final round.

All three of these players will be chasing Paul McBeth who is leading the tournament by two over Ricky, and six over Reid and Kevin. Tune in at 3:25 PM ET tomorrow to catch the final round live!