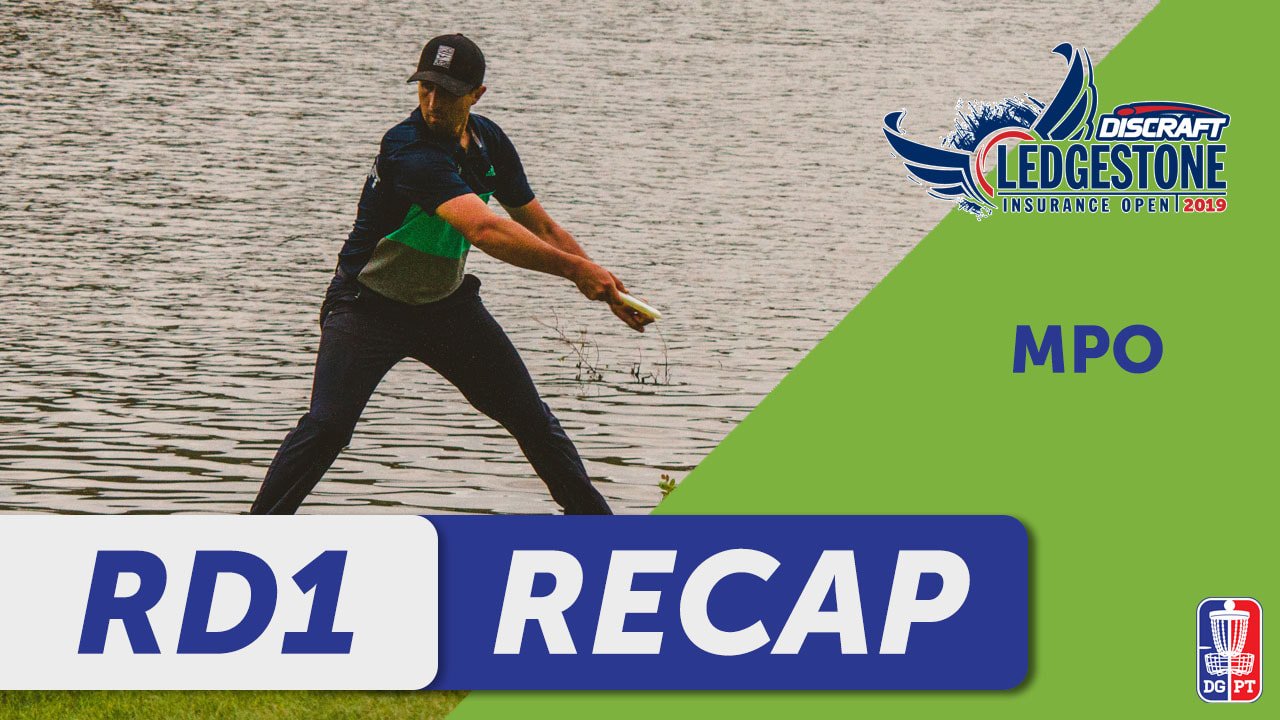 Photo: Lauren Lakeberg, LEL Photogrpahy
Holes 8, 9, 13 and 14. The field averaged two strokes over par. McBeth birdied all four of them and the three holes in between for good measure. That is four down on four of the more difficult holes on a day when four down would land you in the top ten. His driver and approach game was on point, parking eight of the holes for birdie. C1X putting was 100%, which is not that hard to do when you only have four attempts. When asked about his round, McBeth stated, “I made two mistakes that I should not have made. Played smart. Took par when birdie was not available.” And it worked well enough for a four stroke lead.

Some newly familiar names find themselves on the lead card for Round 2. Joining McBeth (-11), is Alex Russell (-7), Reid Frescura (-6) and Ricky Wysocki (-5), who is tied with a Simpson’s handful of players for 4th. Alex Russell, who is 7th in Tour Points and Ranked 14th in the world, has been making a name for himself all season. Reid Frescura splashed on the scene with his water skip shot on hole 17 at last year’s Ledgestone. Maybe we will get to see this, and many other, amazing shot tomorrow. Paul and Ricky rounding out the card should make for quite a memorable moving day.

It was a recipe for success and one that Mother Nature could not disrupt. When asked about the weather, McBeth speculated that it was tough for everyone with the wind in the morning a calm spot and then the rain. In the Afternoon the weather was basically reversed (rain, wind, calm), but it definitely seemed more substantial later in the day. In 2018, there were an average of 888 OBs per day. In Round 1, 968 OBs were thrown. Mother Nature played a role. Based on the players in the top ten, the ideal tee times – and it seems that there were ideal tee times – were before 11:00 or after 2:00. The only player in the top ten that started outside this window was Emerson Keith and he finished bogey bogey, presumably in the 20-40 mph gusts that followed the restart. Just carding pars on those holes move him up to 2nd.

Tee Times of the Top Ten

Back to McBeth, in his opinion, “I started great. This is a great start. I feel good.” GOAT? Perhaps. Greatest of Round 1? No doubt. Can he follow it up? Find out tomorrow at 4:30 Eastern when the lead card goes live. A great start indeed.