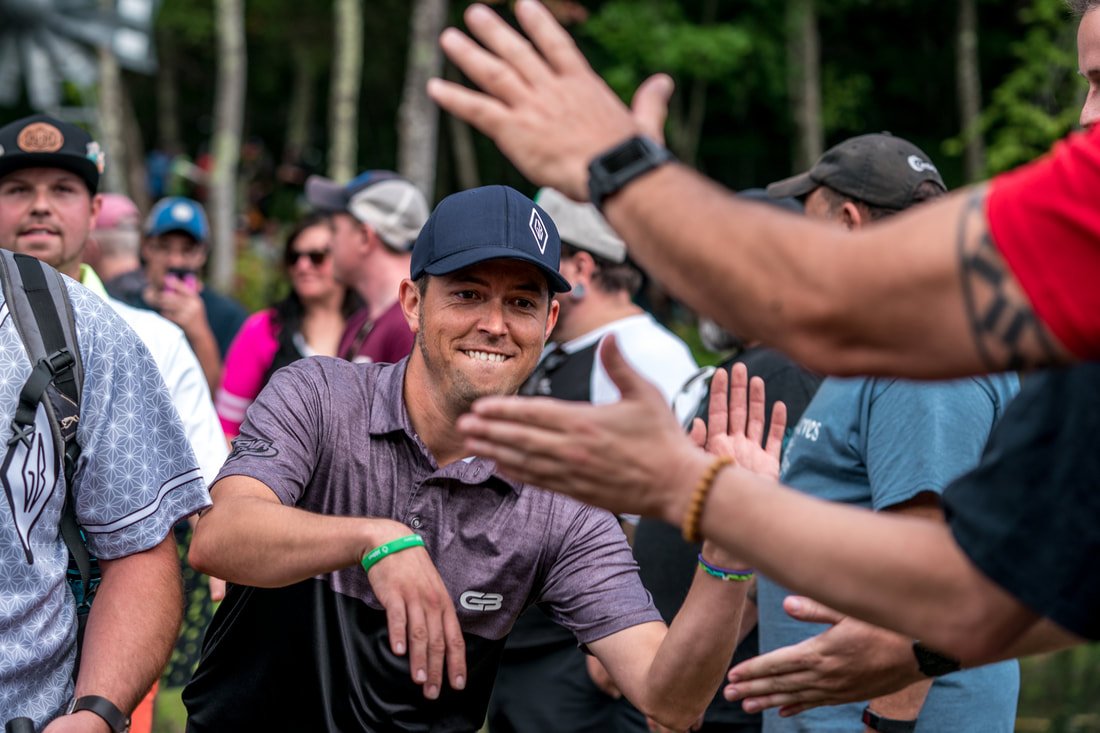 Discraft’s Green Mountain Championship presented by GripEq MPO Preview: Can we see a repeat winner or will a fresh face emerge?

​Last year at the PDGA World Championships at Smuggler’s Notch Gregg Barsby defied the odds and brought home his first World Championship. A player who hits his stride at this time of the season (he has more top-five finishes than any other player in recent memory at Maple Hill); Barsby has a chance to be a repeat-victor at Smuggler’s Notch for the first time since Ricky Wysocki’s dominant run from 2013-2016.

Outside of Barsby’s dominant run at 2018 Worlds, Ricky Wysocki would be the hands-down favorite to win the event given his past success. Ricky has played the tournament every year since its inception only faltering twice. Once in 2017 to Nate Doss (ultimately taking 3rd) and then again last year at Worlds, where Ricky finished tied for ninth-place. Ricky has not finished outside the top ten this season. Ricky currently sits in second place in DGPT Tour Standings and will be looking to maintain his position going into the final event of the season.

Two players who have historically finished well at this event which will not be in attendance are Paul Ulibarri and Michael Johansen. Without these two tour mainstays in attendance, it leaves the door open for potentially a fresh face to take the podium.

Recently Joel Freeman has been hitting his stride. He will be looking to solidify his Pro Tour Standings finish where he is currently 13th in Tour Standings. While Joel is not in a position to move into the top eight, a solid finish at the Green Mountain Championship will ensure he has a bye to the quarterfinals. Joel has finished in the top three at the most recent DGPT and NT events. Last weekend Joel threw a scorching -17, 51 round which ended up being 1082 rated. Joel has already hit the course and will be looking to make another top-five finish this weekend at Smuggler’s Notch.

Other fresh faces to look for at the top of the leaderboard this weekend could be fan vote winners Nathan Queen and Andrew Marwede. Nathan Queen played hot at the MVP Open and is also hitting his stride here on the backstretch of the season. Queen played Worlds at Smuggler’s Notch last year and finished 86th. Since that time he has improved his rating and is playing top-notch golf going into the event. Coming off a fan vote win and a top ten finish at MVP a strong finish (albeit a longshot) could help push Nathan into a quarterfinals bye for the Tour Championship.

Andrew Marwede has played consistent golf all season and has found himself inside the top 32 in tour standings going into the final event of the season. Assuming Andrew can maintain his high finish average, he will be able to stay well within the qualified division.

One player we have not talked about yet is Paul McBeth. Last year at Worlds McBeth finished second to Gregg Barsby. The year before, McBeth took his first (and only) DNF from an event at GMC. This will only be McBeth’s fourth time playing a tournament at Smuggler’s Notch. While he does not have the experience that Ricky has with this course, his highest PDGA rating ever and current World Champion play leads one to believe he is in a position to bring home the win this weekend.

Make plans to catch the post-produced coverage of round one from Jomez Pro and Gatekeeper Media. The Jomez Pro card will feature last year’s World Champion Gregg Barsby, reigning World Champion Paul McBeth, Austin Hannum, and Fan Vote Winner Andrew Marwede. The Gatekeeper Media card will include James Conrad, Nate Sexton, Adam Hammes, and Nathan Queen. We will pickup with live coverage of the lead card during rounds two through four so make plans also to tune in and watch live starting at 2:30 PM ET each day this weekend.