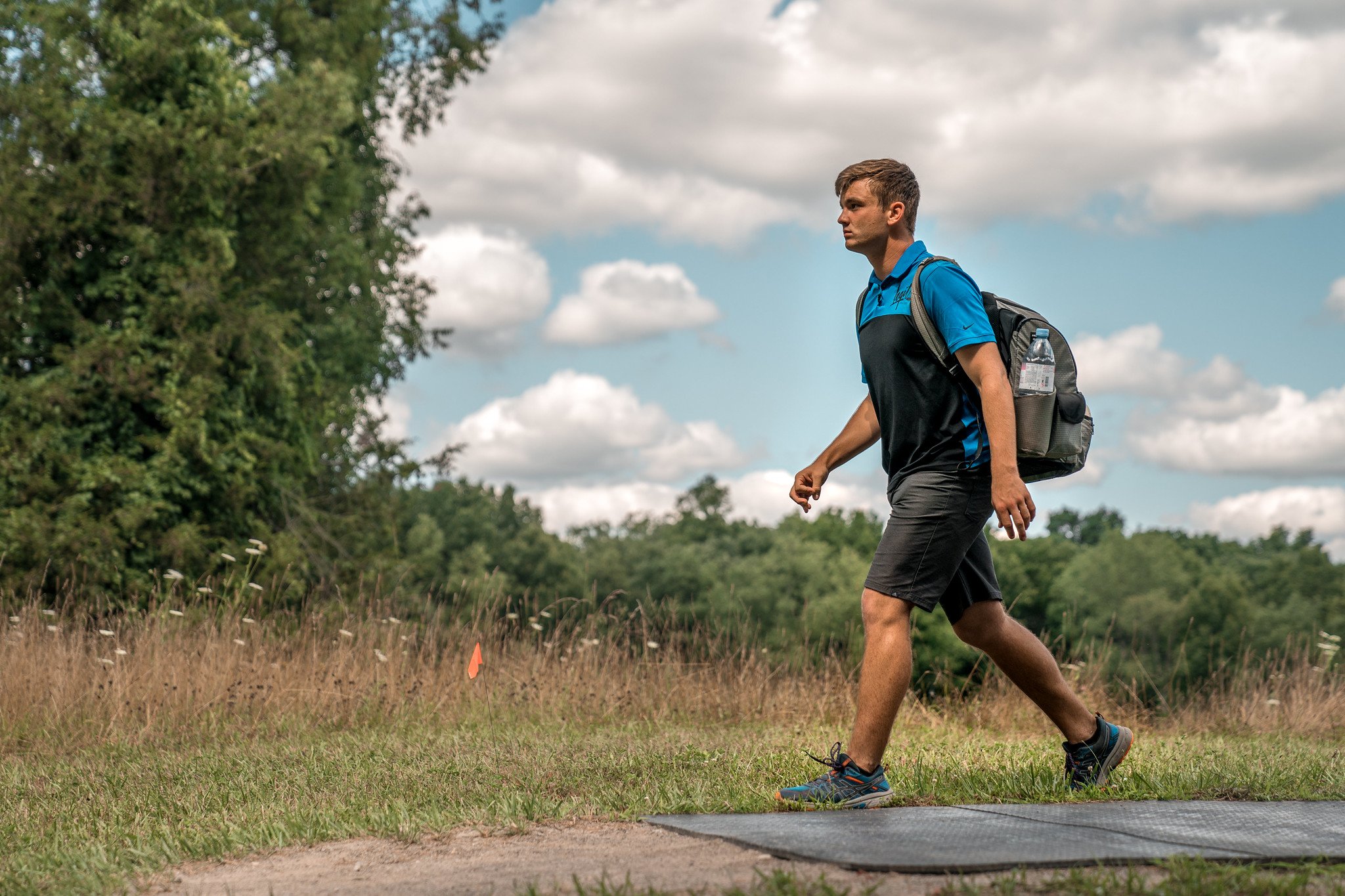 While the DGPT has been back for almost a month now, the Tour is now officially back on track with its first “as scheduled” Elite Series stop. Players and fans alike waited in anticipation to see which Men’s and Women’s competitors would find their way to the top of the leaderboard after round one.

The answer included Calvin Heimburg and Ricky Wysocki, who both shot bogey-free rounds off the feature live card. Heimburg used his calm demeanor to finish the day with the lead at -13 under par. Wysocki was close behind with only two fewer birdies.

Eagle McMahon also wowed early, playing his first tournament in Michigan ever and playing his way onto the lead card with a double-digit under par round. You can catch his round on Gatekeeper Media’s post-produced feature card coverage.

Rounding out the round 2 lead card was Kevin Jones. Jones finished in second place at the Toboggan last year and in a tie for 7th in 2018 (after witnessing McBeth’s -18 under from the lead card. It’s no surprise that McBeth had plenty to say about Jone’s performance in previous years. Jones’s 100% scramble rate (including overcoming an OB on hole 17) helped save him four strokes. He sits one throw off the lead and one ahead of third going into moving day at Discraft’s Great Lakes Open.

On the FPO side, the conversation headed into the event focused on Paige Pierce’s dominant performance since the restart and which players would rise to challenge her this weekend.

The early challenger was Kona Star Panis. Panis played her entire round at or under par, staying at the top of the scoreboard throughout the day. While she would finish her round at -3 under par, this would put her in a tie with four other players for second place.

Other players at -3 under par include Catrina Allen, Jessica Weese, Hailey King, and Missy Gannon.

It’s important to note that when a tie like this occurs, the tie is broken based on the PDGA number for round two. The lower (or older) the PDGA number, the “higher” a player is ranked. This rule is how Panis, Allen, and Weese are on the lead card tomorrow while Hailey King and Missy Gannon will lead off the chase card.

After day one, Paige Pierce is the tournament leader with a five-under-par round. Even with a two-throw lead, Pierce felt like she left a lot out on the course today. Pierce two-putted three times today, including finishing the round with a bogey. A significant highlight for Pierce today was her eagle on hole seventeen. The eagle three was the only eagle on the day for the FPO division. The single other eagle to be carded today came from Kerry Pauley, who carded an eagle-two on hole four with a 200 ft throw-in. Pierce will be looking to clean up her two bogey’s and shore up her, putting in hopes to extend her lead tomorrow.

Make plans to tune in to the broadcast to watch Paige Pierce, Kona Star Panis, Catrina Allen, and Jessica Weese take on the challenging Toboggan course for a second time.

Read more about the action thanks to articles from the Professional Disc Golf Association and Ultiworld.