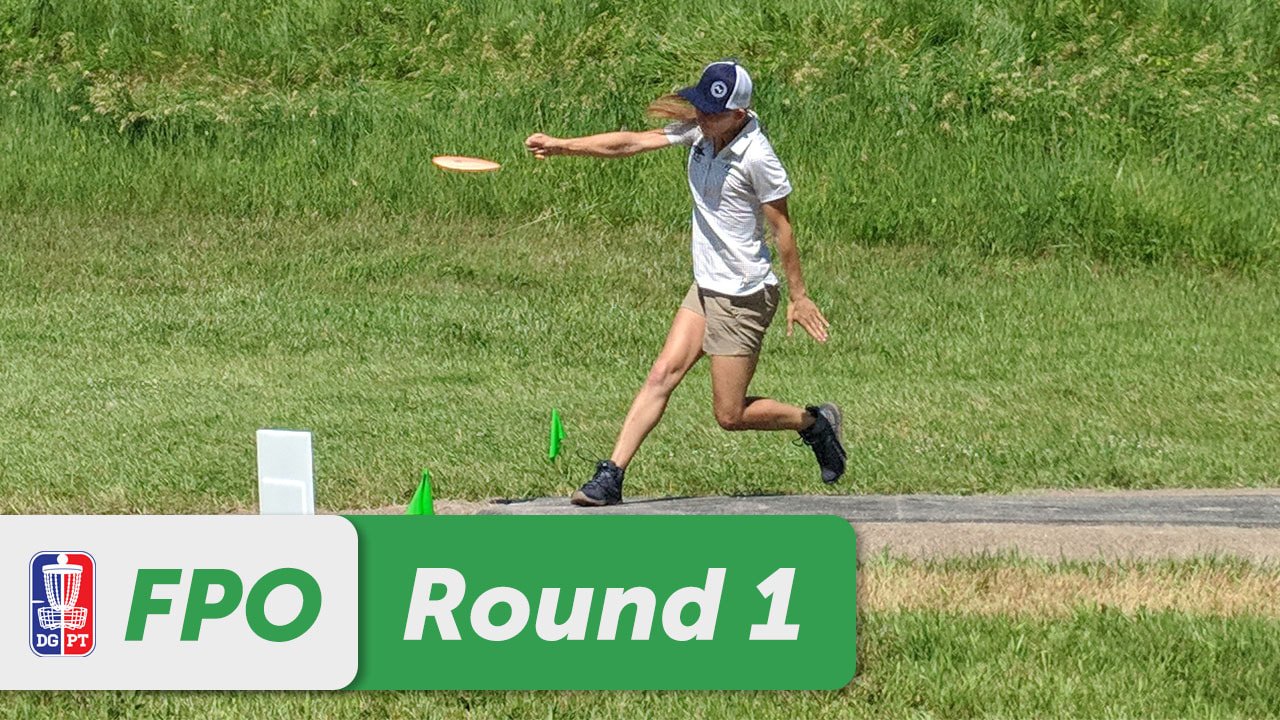 Round One is in the books for the FPO division at Discraft’s Great Lakes Open, and the scores were just as hot as the weather at the Toboggan course. After round one under par was where you wanted to be as only the players on tomorrow’s lead card finished under par for the day. With an early tee time, Paige Pierce was able to set the pace early.

After the round, Paige confided that she played the course blind. She said she had played the course five or six years ago, but with the changes, it was definitely different. Paige started the day -4 through four and was able to hold those four birdies in her back pocket throughout the round and finish -4 on the day. Paige credited her success to being able to watch coverage from last year to help prepare for the event.

Also under par for the day was Catrina Allen and Madison Walker. Madison Walker was on the first card of the day and took advantage of the low humidity to land her under par round. At -1 for the day, Madison finished four throws better than her performance last year on day one. She accomplished this feat by only taking one bogey on the par three hole eight and cleaning up birdies on holes three and sixteen. Last year Madison failed to land a birdie on day one showing she was able to make some adjustments from last year to increase her scoring odds.

Catrina Allen did her scoring today on the front nine. She was able to land two birdies on holes three and eight to help offset her bogey on hole six and stay under par. Catrina was the only one to get the birdie on hole eight while the two other players under par for the day in the FPO division both bogeyed the hole. Hole eight could be a prime place for her to make up more throws tomorrow on the field.

Rounding on the lead card tomorrow will be last year’s champion Sarah Hokom. Sarah broke the tie at even with Holly Finley and Ellen Widboom based on her PDGA number to make it onto tomorrow’s lead card. Sarah had two birdies on the front nine early (holes two and three) before she settled into par golf for much of the middle of the round. She would get tripped up with two bogeys on 12 and 14 to move her to even par.

Holly and Ellen both had their shares of birdies and bogeys today as Ellen bookended her bogeys on holes seven and twelve with birdies on six and sixteen. Holly had a birdie early on hole three but would give it back on hole seven before parring out for the day.

Rounding out tomorrow’s chase card will be Jessica Weese and Lisa Fajkus. Jessica shot the hot round day one last year. She was on pace to do the same early today going four down through the first five holes but a turkey of bogeys to finish out the day moved her down into sole ownership of seventh place. Lisa finished the day +2 after taking an early bogey on hole one, recovering with birdies on two and four but not really able to keep things together for the rest of the round.

Tomorrow’s competition should be exciting to watch with plenty of players still in the mix. The women’s lead card will be live at 9 AM ET and will feature Paige Pierce, Catrina Allen, Madison Walker, and Sarah Hokom so make plans to watch.