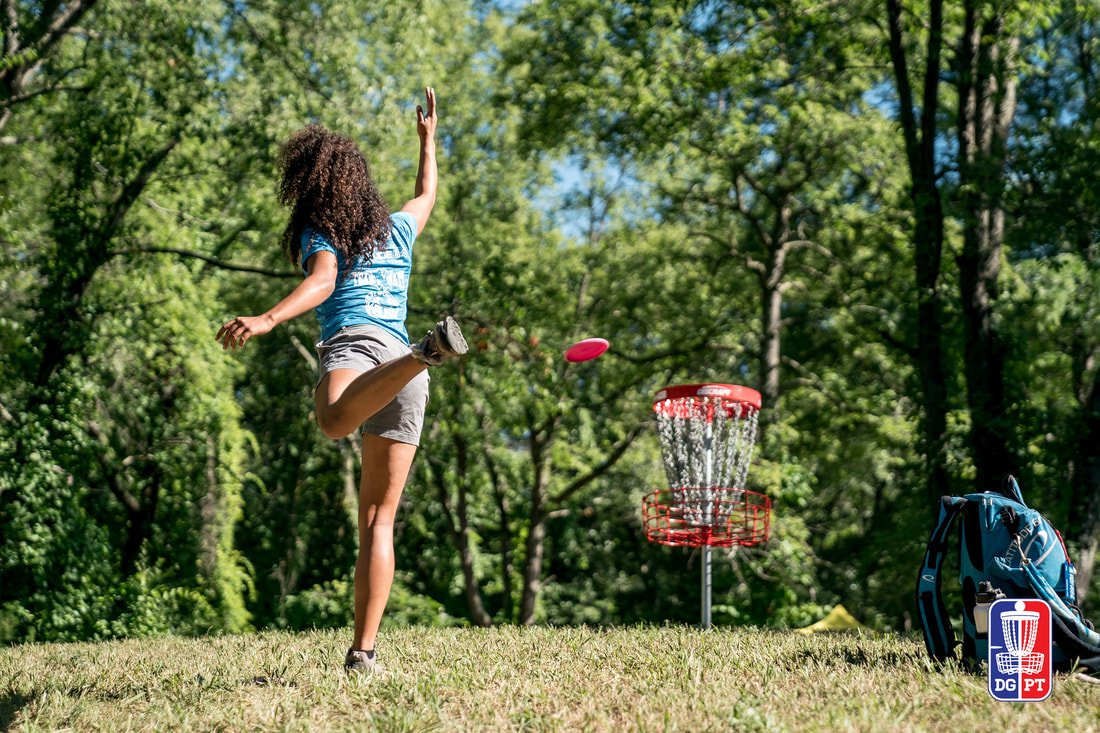 ​It is almost time for Discraft’s Great Lakes Open and the competition this year is shaping up to be stronger than last year. Last year only nine women rated over 900 competed in a field of 28 players. This year with the field expanded to 35 players, 21 of those competitors have a rating above 900. A shifting field has led to the potential of closer competition for the top of the leaderboard and an opportunity for players who were not in attendance at last years event to potentially take the place at the top of the podium.

Last year the tournament was won by Sarah Hokom who at the time was rated 961, was the highest rated player in the FPO division a full 20 points ahead of the next closest competitor. She was able to easily bring home the win besting Paige Bjerkaas who brought home second place by six throws. Sarah is aware that last year may have been an anomaly but she is not shifting her gameplan with the inundation of new players in the field, “I am aware that Paige and Catrina’s absence last year may have factored in to my win. But, whether they are here or not, I’ll be playing MY game. I’m not going to try to pull off crazy shots to match their distance. I will rely on my accuracy and experience to keep me in the hunt…”

The event was Paige Bjerkaas’s first outright 2nd place finish at a Pro Tour stop and came right around the time where she made her decision to tour full time and not return to school in the fall of 2018. Paige had the following to say about last year’s performance, ” Well actually, it was Ledgestone last year where I made my decision. But DGLO was important as well. After DGLO, my touring partner was going home and I didn’t know if I should do one more stint before the school year or just head to Emporia to get some hours in at work and prepare for the school year. I told myself depending on the outcome of the tournament, I’ll do that extra leg or not. I ended playing really well and surprised myself. Coming down the stretch of the final round, Jessica Weese was catching up to me. We were battling for 2nd place since Hokom had a HOT second round and had a 6 stroke leading going into the final round. After a couple clutch drives and upshots, I was able to hold her off. Being able to play well under the pressure was something I haven’t experienced before. After that round, I knew I had to continue. I felt like I belonged on the road. I’m definitely excited to play it again this year and try to make a run for the title! ” Paige will start the tournament on the live feature card Friday thanks to her second place finish so make sure to tune in to watch and see if she is able to make that push.

This year both Catrina Allen and Paige Pierce are in the line-up for the tournament after missing the stop last season. This weekend will be Catrina Allen’s first time to play the event since her win in 2016. It should be noted that Allen’s 2016 victory did not take place on the storied Toboggan course but instead took place on two other courses in Michigan.  Paige Pierce is returning to the event for the first time since 2013 when the tournament was played in Ann Arbor, MI and she took second place to Sarah Hokom. Both players are at the top of their games right now. They are in a race to see who will bring home the season-long points victory this year, trading first and second place finishes at each stop except one (this is where there first dropped stop of tour points helps to clear the water). Currently, it is advantage Paige coming off the Ledgestone victory Paige Pierce has three first-place Pro Tour victories to Catrina’s two. The one win advantage gives Paige a 15 point Pro Tour Standings lead over Catrina.

Moving into the second half of the season it is time to start thinking Tour Point standings, and you can bet the players will have this in the back of their minds as they jockey for position this weekend.

Back at the beginning of the article, we mentioned how last year there were only nine 900+ rated players in the field. This year some of the increase can be attributed to players who were under 900 last year moving above 900. Lauren Butler, Sarah DeMar, and Alisha Grace-Schafer have all increased their ratings and will each be a force to be reckoned with on the course this weekend. Last year Lauren Butler finished two spots outside of cash and will be looking to use her noted increase in skills to make it above the cash line this weekend. Sarah DeMar is a local pro who has been playing the event off and on for years and was able to bring home a 7th place finish last year. She is a player you can expect to make another top ten finish this year even in a stronger field given her proximity to the course and the skills she displayed last year at the event.

Other players who finished inside the top ten at this event last year include Rebecca Cox who is currently third in Tour Points and Jessica Weese who is 5th in Tour Points. Rebecca will be looking to improve upon last year’s 6th place finish while Jessica will be hoping to maintain or surpass her 3rd place performance from last season. Another player in the mix will be last year’s 4th place finisher Ellen Widboom. Ellen has taken a step back from the tour life this year opting to play events centered around visiting friends and family. While this has led to a decrease in time spent playing this has not led to a decline in skill. We would hope to see Ellen inside the top ten again this year and possibly make a run at the title even with a stronger competitive field.

This year is shaping up to be the most competitive Great Lakes Open in the FPO field. Between last year’s top two contenders in Sarah Hokom and Paige Bjerkaas and this year’s leading competitors Paige Pierce and Catrina Allen, it is anyone’s guess as to who will come out with the victory. Some would give the advantage to the players who have played the course (Sarah and Paige B.) while others would give the edge to the two players battling for it all (Paige P. and Catrina). Sarah Hokom had the following to say in this regard, ” I have played this course many, many times…. even before last year, so I think that will definitely be an advantage.  However,  Paige, Cat and a handful of others are really talented golfers,  so it will be a battle, regardless of how many times one may have played the course prior.” That is why you should make plans to tune in and watch Discraft’s Great Lakes Open live July 5-7th at 10:30 AM ET. Post-Production coverage of the feature and lead card will be provided by GK Productions and released July 17-19th.