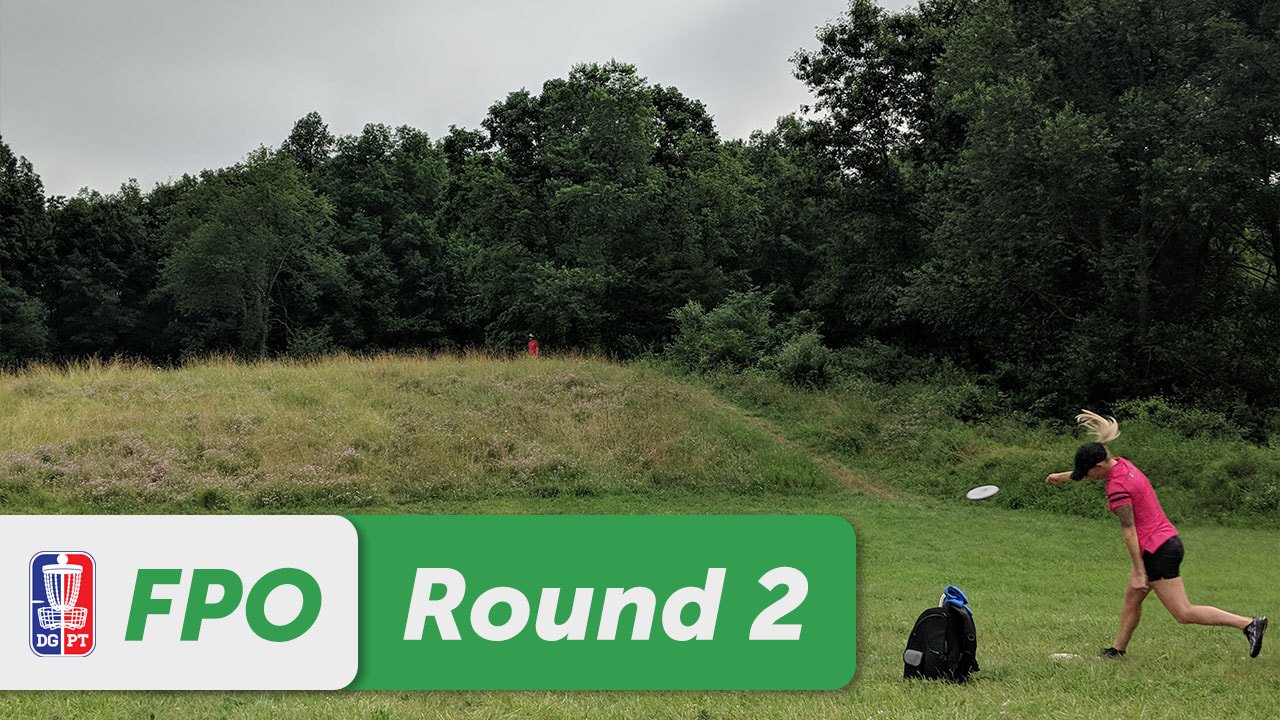 With day two in the books for Discraft’s Great Lakes Open, the play was stellar as the rain held off for the morning round. Starting the day hot, Catrina Allen birdied four of the first six holes. She was able to close the gap between her and Paige Pierce to three strokes through 14 holes. This gap was a manageable deficit. Come back tomorrow, hit your lines, drop some C2 putts, and this is anyone’s event to win. Then Paige Pierce closed it out.  She birdied four of the last six holes including a basket hit on hole 15, missing another ESPN moment by inches. Except for an off-target drive on 18 which hit the OB wall to stay in, she was flawless to close out the round.

After Paige’s four down, Lisa Fajkus had the second-best round with a two under. When asked about her chances to win, Lisa Fajkus replied, “I’m eight shots behind Paige [Pierce} with one round to go. I have a good shot at second.” She went on to explain that Paige can be caught but implied that the field, which is seven or more strokes behind, would need some help. The exciting thing about tomorrow is that Paige Pierce does not know how to play safe golf and we would fully expect her to come out guns blazing and look to put this one away as early as possible.

Sarah Hokom (2nd) and Jessica Weese (4th) were the only other players to shoot under par on moving day. Sarah did it by taking what the course gave her, carding two birdies and one par. She was 100% in C1X and put herself in a great position to be on the lead card and attack for first if there is an opportunity. Jessica Weese had trouble with the putter but gave herself many more chances at birdie, carding four of them on the day. Ellen Widboom started with birdies on two of the first three holes, but let it go carding three bogeys down the stretch. She joins Madison Walker and Holly Finley on the chase card.

Paige Bjerkaas shot two down and moved up 12 spots. A couple of years ago, it was rare even to have 12 women in an event, so this demonstrates the tremendous growth and support we have seen on the women’s side. Good luck to everyone tomorrow, the Toboggan can tighten things up, but if someone is going to challenge for first, they may need some help from Paige Pierce as well as a scorching start.
​
The race for third in Tour Points

With three events to go after DGLO, the race for third, which gets a bye into the semifinals at the Tour Championship, is heating up. Jessica Weese and Sarah Hokom both find themselves ahead of Rebecca Cox and Paige Bjerkaas at the event, while the opposite is true in Tour Points standings. There is more than just a title on the line in tomorrow’s final round.

Get ready to watch, nice and early. Sunday’s round will go live at 8:30 Eastern. All tee times are being bumped forward 30 minutes due to the expected weather that is coming in tomorrow afternoon.​