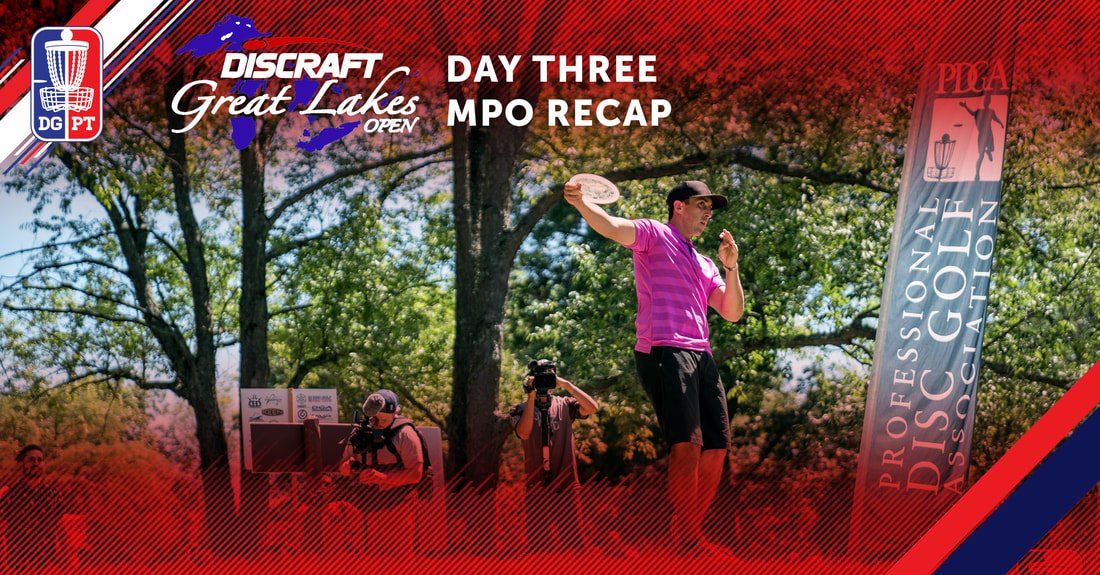 There is not much that can top yesterday’s 18 under, but the players did their best to put on a show for the final round of Discraft’s Great Lakes Open. The story of the day happened on the third and chase cards as young players on tour worked to take a shot at Paul McBeth’s historic -18.

Grady Shue was on the third card and started -4 thru 4. He promptly double bogeyed the shortest hole on the course. After the double bogey, he birdied eight of the next ten holes to finish the day -10. While erasing the double bogey would not have resulted in a second place finish he was making moves and will be a player to watch for the rest of the season.

The main story came from the chase card and from a name that you might not have heard of; Willie Prince. Willie is a Michigan native, hailing from Grand Rapids. Discraft’s Great Lakes Open is his fourth Disc Golf Pro Tour event this season. In his previous three bouts, his highest finish has been 44th at Jonesboro. It’s safe to say; Willie now has the best finish of his Pro Tour career after today. Willie started the day chasing Paul McBeth’s record-setting round. Willie began -10 thru nine holes. On hole eleven he was putting for birdie inside circle one but missed high, hitting the band. Willie would go on a four-hole par streak before kicking it back into gear. He would finish his round four-under thru the final five holes.

On the lead card, Paul McBeth started out the day with a par on hole one. He followed it up with an eagle on hole two. On hole four Paul’s birdie putt hit the cage and rolled almost to the edge of circle one, however, Paul was able to recover and make the birdie. While the round was never in question, Paul stuck to his game plan of playing consistent golf and never really had any trouble off the tee. When he did have trouble off the tee (on holes 12 and 16) he was able to scramble to save the par.

Discraft’s Great Lakes Open presented a host of storylines, we saw several new names at the top throughout the tournament and saw players like Willie Prince, Grady Shue, Reid Frescura, James Proctor, and Kevin Jones all finish in the top ten. The Toboggan course, the Michigan disc golf community, and the top professionals in our sport put on a show this weekend that did not disappoint.
We will be looking forward to the next stop on the Disc Golf Pro Tour, The Idlewild Open, July 20-22nd. Make sure you are ready to tune in because it is shaping up to be an exciting finish to the 2018 Disc Golf Pro Tour season.