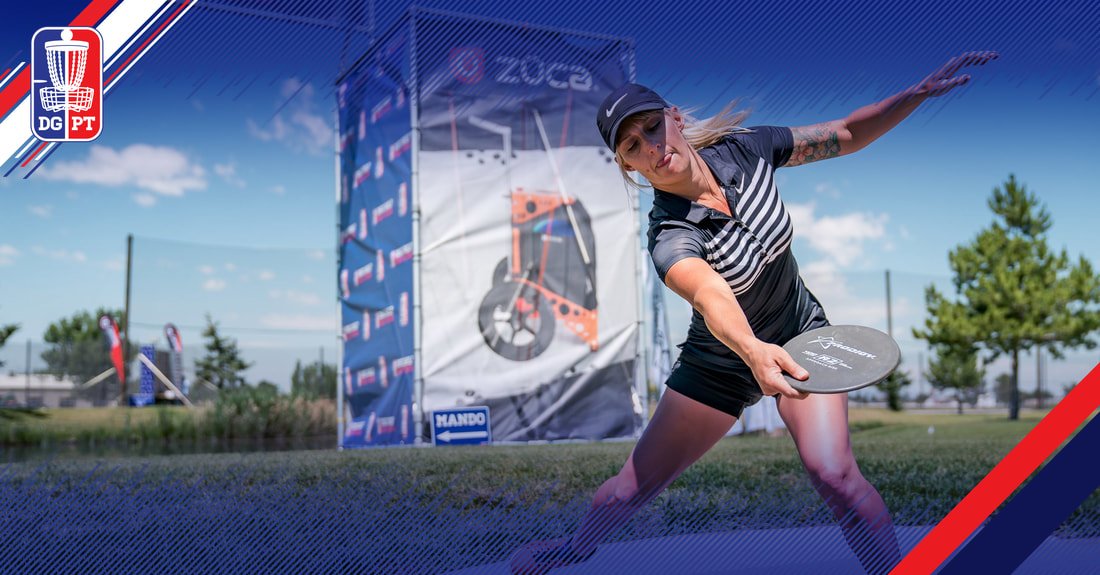 On the 2017 Pro Tour Catrina Allen finished the season ranked third for Pro Tour Points, followed closely by Jessica Weese. In 2018 Weese may have pushed Allen off the Points Podium, but make no mistake, finishing fourth in points won’t stop Catrina from being a heated competitor for the Tour Championships in Jacksonville, FL presented by Allen’s very own sponsor, Prodigy Discs. Before we dive into the stats just take a look at this birdie spree she went on in the final 9 of the SFO open while she battled Paige Pierce to tie for second place:
​We all have our strengths and weaknesses to our games – Catrina’s strength is absolutely off the tee, from the fairway, and even from the rough. From 2017 to 2018, Allen improved by a handful of percentage points in Parked, Circle 1 In Regulation, and Circle 2 In Regulation. Unfortunately, her putting stats have fallen off a little bit in Circle 1 and Circle 2. For all intents and purposes, her Scramble has remained the same a little over 50%. If Allen can get the putt together it’ll bring up her scramble and push her scores down – hopefully enough to clinch a victory at the Championship after a second place finish in 2017.
Over the season Catrina’s put may average low but she has proven that she can perform at the Tour Championship. Last year, she bested her season Circle 1 Putting by 2% and more than doubled her Circle 2 Putting percentages up to 25%. Honestly, when you’re parking as many shots as Catrina does, putting isn’t where you make most of your money. But if she wants to reach the top of the podium she’ll need to spend the next month on the putting green.

By some standards, Catrina Allen’s 2018 didn’t quite reach the bombastic level of her breakout performances from 2012 on till the reign of Paige Pierce truly settled in the last few years. She is by no means off the map, and it would be no surprise to see her lock down the victory at finals in just over a month. She earned herself a bye all the way to the semi-finals. Make sure you don’t miss any of the action when it gets started on October 18th to 21st,  but until then make the most of the Autumn weather and get out and rattle those chains.