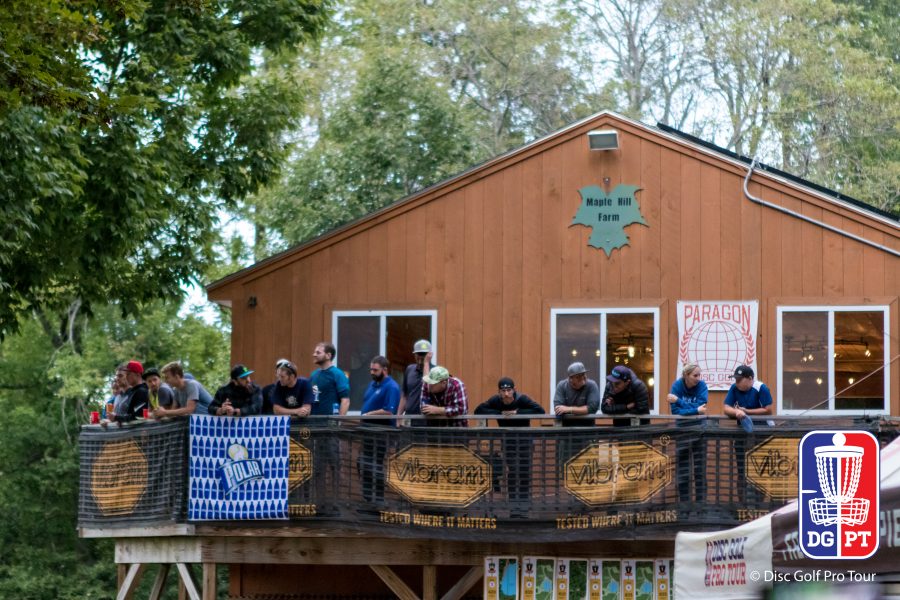 Birdies, Par, and Bogeys From Vibram’s Final Round

Birdies:
Eagle should change his name to Birdie. The young phenom found birdies and
lots of ’em in his climb up the leaderboard on Sunday. McMahon rode the birdie train all day and carded an incredible eleven birdies on the day to challenge Wysocki from the chase card. Although he came up just short, Eagle’s 7-under performance was quite impressive.
McMahon’s performance almost out shadowed another man, or shall we say beast’s, performance. Paul McBeth has become known for his final day chase down of leader’s and everyone and their caddy knew that McBeast was not out of the running, down five, going into the final round. McBeth stringed together seven birdies and was knocking putts down as if it was going out of style. After a lackluster start to the tournament, McBeth had a fantastic showing to claw himself into a tie for second with Eagle.
Pars:
The key to Paige Pierce’s come from behind victory? Pars. While Valarie Jenkins was struggling through the course, Paige Pierce stayed consistent in the nasty weather and made sure that she did not card any big numbers. After a bogey on the first hole, Pierce locked in and did not bogey another hole. While Jenkins was bottoming out, Pierce was staying consistent and with her string of pars mixed with three birdies, she was able to complete the impressive comeback.
There are not very many times in which Ricky Wysocki is going for par but with a few strokes to give going into the last hole, that was all that was needed of him to secure a victory. We even saw the rare case of a Ricky Wysocki layup before that sweet, tap-in par putt secured Wysocki as a two-time Vibram Open champion.
Bogeys:
Valarie Jenkins was so consistent through the tournament’s first three rounds. That’s why it came as such a surprise to see her take bogey after bogey on Sunday. Jenkins had five bogeys and three triple bogeys in the final round causing her to lose the large lead that she had built all weekend. With the weather perhaps getting the best of Valarie, she will look to bounce back in a just a few short weeks at Discraft’s Green Mountain Championship. While Jenkins will be anxious to get back on the course, we as fans will be anxious to see the conclusion of the regular season of the Disc Golf Pro Tour. We look forward to bringing you the action from Smugglers’ Notch Resort September 13-16.