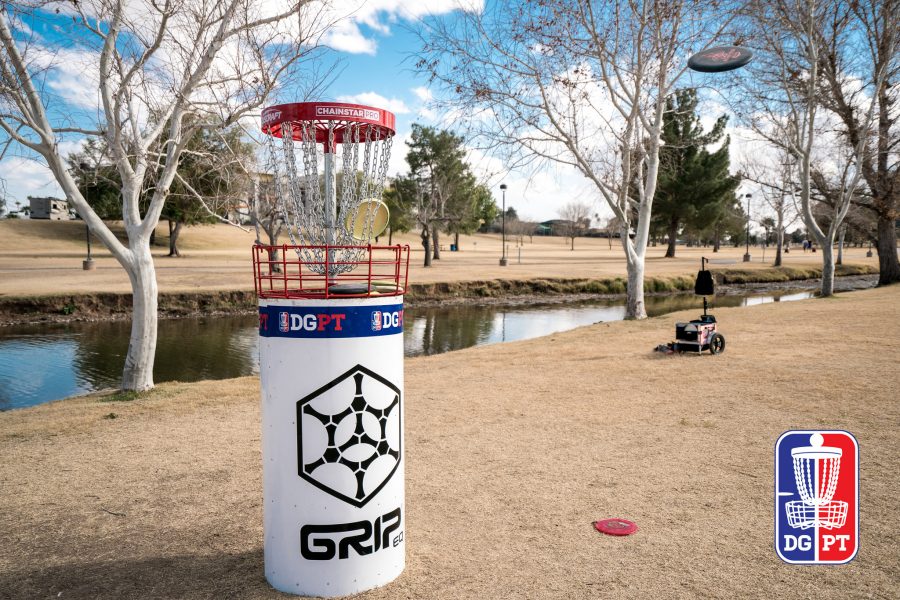 Aces, Birdies, Pars, and Bogies from Round Two of The Memorial Championship

Round two of The Memorial Championship presented by Discraft provided the opportunity for players to rise to the top in both divisions today with Paul McBeth and
Paige Pierce both owning sole first place after 36 holes of golf. With 36 holes left to play let us dive into some of the top shots of the day here at the Vista Del Camino XL course.
Aces
There were three aces today in the MPO division. Justin Anderson carded the 1 on hole 12 throwing over the water and crashing into the chains for the ace. Jeff Faes carded the 1 on hole two and Jeremy Herr followed suit acing hole three. It was an exciting day for all three, with Jeff Faes and Jeremy Herr both looking to stay in the hunt finishing the day -12 and -10 respectively.
Birdies
There were several guys who carded an impressive set of birdies today without carding any bogies. James Conrad and Nate Sexton both had an impressive set of birdies (13) followed by Dave Feldberg (12), Eagle McMahon (11), and then KJ Nybo and Seppo Paju with 10.
In the FPO division Paige Pierce carded the most amount of birdies and subsequently landed herself in sole possession of first place five strokes ahead of the next competitor.
Pars
In the MPO division Eric Oakley put together a strand of pars to keep himself within shooting distance of the lead card. While it’s not always ideal to just shoot for par, Eric was able to keep things in line and is now only five throws off the lead.
In the FPO division Sarah Hokom played consistent with two birdies and one bogey, keeping her in a three way tie for first place with Jessica Weese and Jennifer Allen.
Bogies
Simon Lizotte had a round for the record books had it not been for two bogies on hole nine and eighteen. After Simon went OB on hole eighteen he lamented about his disc golf skills, though he is still shooting well enough to be on the lead card tomorrow. Ricky took a bogey on hole 15 that also took him away from sharing the lead with Paul going into day three.
Jennifer Allen carded three bogies today. Without those three bogies she would be within two shots of Paige going into round three. Jennifer has the driving distance to keep pace with Paige out at Fountain Hills tomorrow, we will see if she can close the gap.
That’s all for day two of The 2018 Memorial Championship presented by Discraft. Make sure you’re ready to tune in to watch live disc golf at 4pm ET tomorrow at http://www.dgpt.com/watch/live