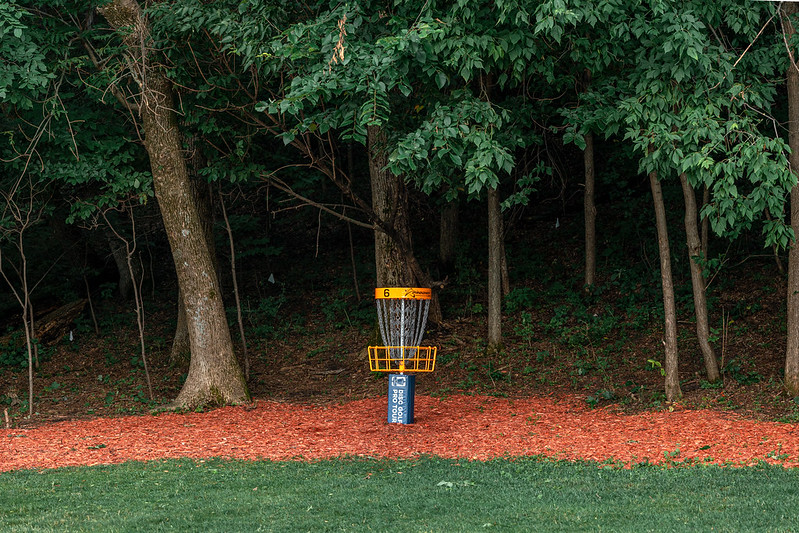 2021 THE PRESERVE CHAMPIONSHIP – ROUND 1 RECAP

By Jared DiMascioJuly 30, 2021No Comments

It’s been a while since Ricky Wysocki (-15) and Paul McBeth (-12) were both at the top of the leaderboard at 1st and 2nd place, but they both played some great golf today with 13 birdies each. However, Wysocki played a clean, Bogey and OB-free card and capped it off with an eagle on Hole 18, while McBeth took an early bogey on Hole 5 and came up just short of matching Wysocki’s day. Ending the day tied with McBeth, Gavin Rathbun (-12) finished off his round with a string of 7 birdies from Holes 12 to 18. His clean round and smooth drives will bring him to the feature card for Saturday’s second round, as well as Matt Orum (-11). Orum also took a bogey on Hole 5, which did play to an average of 4.6, and also cleaned up with an eagle on Hole 18 to finish out strong and join these other stalwarts on the lead card for the next round.

Ricky Wysocki finishes the round as the leader at -15, with a total of 13 birdies and finishing off with an Eagle on Hole 18.

Fresh off a tournament win at the Discraft Great Lakes Open, Eagle McMahon (-11) just missed the cutoff for feature card, as he carded two bogeys, but was also one of 17 players to get the eagle on Hole 18. World Champion James Conrad (-10) played a clean round, but just couldn’t score early or often enough to find himself on the top of the leaderboard or on the lead card. With 7 players in at -10 and tied for 6th, including young guns like Gannon Buhr, Alden Harris, and Ezra Aderhold, and 14 players at -9 and tied for 13th like last year’s champion Nikko Locastro, Kevin Jones, Anthony Barela, Calvin Heimburg, Adam Hammes, and Kyle Klein, Saturday’s second round will be sure to be an exciting one, with all players watching the scorecards closely.

Unlike the MPO division, the usual power duo isn’t sitting at the top of the leaderboard. Kristin Tattar (-7), Estonian powerhouse is continuing her path through the US by playing some unbelievable disc golf. Her 11 birdies put her in the lead by 4 strokes over Sarah Hokom (-3) and Lydia Lyons (-3). Hokom played a relatively tame round, only carding 4 birdies and 1 bogey, but maintaining par across the card for the rest of the holes. Lyons managed to offset a trio of bogeys with 6 birdies to make her way to the lead card for the next round. Hailey King (-2) had a few bad holes, but showed that she could score often, and could make a push for the top tomorrow if she could clean up a few strokes.

Kristin Tattar continued her dominance in her US tour with a -7 round, taking a 4 stroke lead into the second round.

Paige Pierce (E) and Catrina Allen (+2) struggled across the card during Friday’s round and will have to clean up a lot of strokes to turn things around for the next two rounds. Missy Gannon (E) had looked to be off to a great start with 3 birdies on the first  3 holes, but quickly took a double bogey and a pair of bogeys shortly after and couldn’t find the pace again. While Tattar is in the lead by a decent margin, there are 10 players within 3 strokes of 2nd place, including Jessica Weese, Rebecca Cox, Deann Carey (who had an incredible day on the putting green), and Kat Mertsch. Moving day round will surely live up to its name in the FPO division tomorrow.

Turn in tomorrow for the Round 2 action on the Disc Golf Network at 2:30 ET, follow the live scoring at UDisc Live, and check out all of the post-production of Round 1 from JomezPro, Gatekeeper Media, and GK Productions.