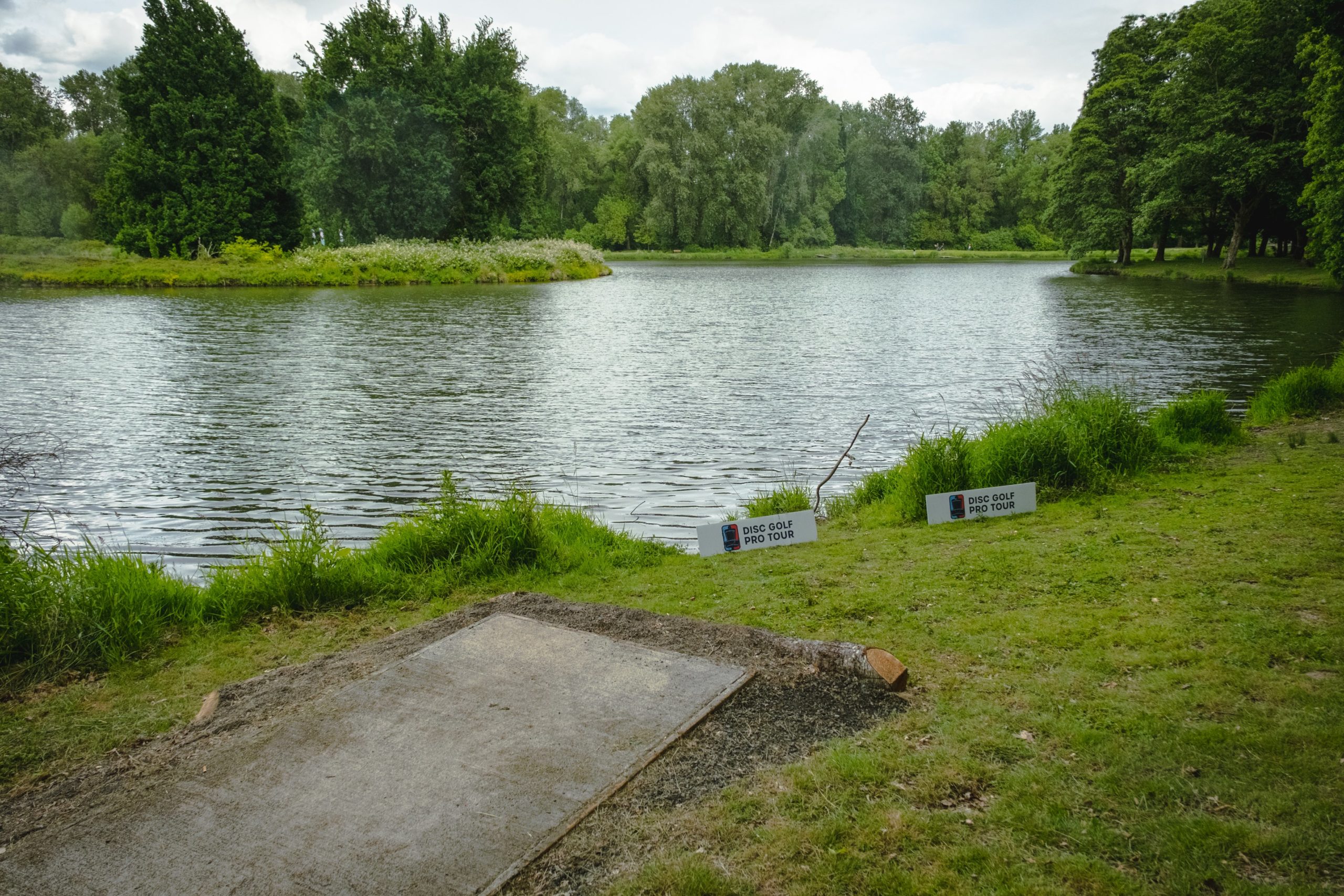 By Jared DiMascioJune 11, 2021No Comments

Day one is in the books at the Resistance Discs Open, presented by Discraft, in what seems to be a day of two courses here at Trojan Park in Rainier, Oregon.

In the MPO division, while some of the Disc Golf Pro Tour leaderboard is playing at the PDGA’s Utah Open, some other notable players are hoping to pick up a few points from the Silver Series event.

Master’s Cup winner, Adam Hammes stormed right through the water hazard laden course, coming into the clubhouse at -10 wast year’s Resistance Discs Open champion, Scott Withers, chomping at his heels with a -8 first round. Oregon local Nate Sexton finished with -7, and Jeremy Koling, Tom Barham, AJ Carey, and Cole Redalen all came in with -6. After that, only 9 other players played below par, with 8 shooting an even round.

Players like Ezra Aderhold, Brodie Smith, and Paul Ulibarri struggled on the course today, having a hard time finding holes to score on in Smith’s case, or just taking too many bogeys, as both Aderhold and Ulibarri fared.

Nate Sexton shot -7, holding onto a 3rd place finish heading into Saturday’s 2nd round. Can he put his experience winning Oregon State Championships to good use?

Competitors will have to shoot real hot if they hope to catch up to the lead card during Saturday’s round, and even then perhaps Hammes’ and Withers’ leads may prove too big if they can consistently play the course as they did today.

In the FPO division, we have a similar story, as the top players all managed to outshoot each other by a stroke or two, while the rest of the players struggled to find their footing.

Deann Carey, off a T-9th place at last weekend’s Portland Open, is continuing her Silver Series success with the lead here at the Resistance Discs Open. Shooting even par, she was the only competitor to do so, as Britney Quesnberry, Kat Mertsch, and Sara Taylor finished just strokes off, at +2, +4, and +5. Mertsch had a chance to finish in 2nd after round one, but a triple bogey on 18 kept her on the outside looking in.

Kelsea Heaton, who finished in 7th with +11, managed to do what few others could, get birdies. However, her 8 OB strokes and double and triple bogeys overcame those holes. If she is able to clean up those OB strokes, she could find her way to the top of the leaderboard, proving that she knows how to handle the course.

With the number of water hazards and OB at Trojan Park, each hole has the possibility of having a big swing in the standings. Saturday’s round will be sink or swim, both for the competitors’ chances and for their discs.

Trojan is as beautiful as it is dangerous. pic.twitter.com/7ViNOInpsy