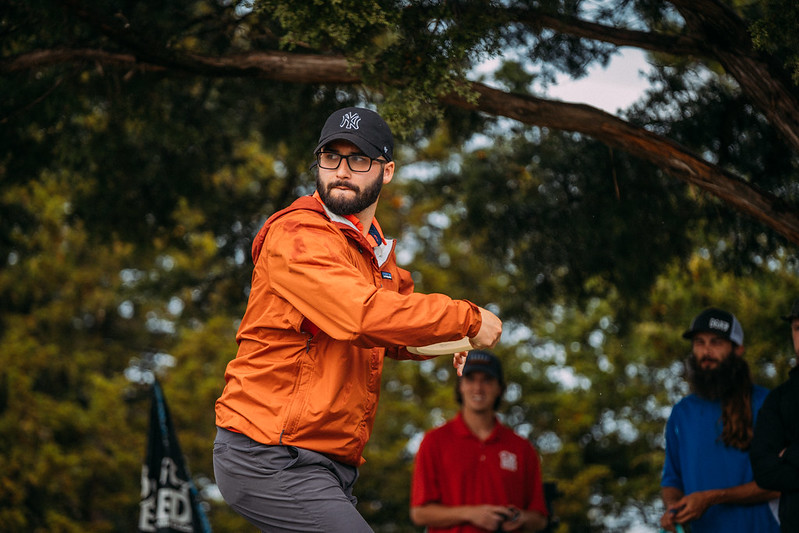 The Disc Golf Pro Tour is heading up the west coast to Portland, Oregon for this weekend’s Portland Open presented by Dynamic Discs at Glendoveer Disc Golf Course, after a year off due to Covid-19. Designed by professional course designer and touring pro, Dustin Keegan, the Glendoveer layout will test the top professionals in the world at the Portland Open. The venue and layout are new for 2021, and we are thrilled to let fans see the new layout the week of the event. The men’s track will be a par 67, measuring at 12,696 feet, and the women’s course will play as a par 69 at 10,522. With a full field of 120 MPO and 38 FPO competitors, the Portland Open will surely be an exciting weekend and can be any players’ weekend to win. As en Elite Series Disc Golf Pro Tour Event, gaining points here among the myriad of top-ranked players could prove big at the end of the season.

Drew Gibson narrowly claimed the title at the 2019 Portland Open after a playoff hole with Eagle McMahon.

In the MPO, Drew Gibson will be looking to retain his crown as champion, which may prove hard to do with the sheer talent of the competitors this year. Podium stalwarts like Paul McBeth and Ricky Wysocki will be looking to pick up the pace after last weekend’s Master Cup, while others like Adam Hammes, James Proctor, and Kevin Jones will be trying to capitalize on the success they saw in Santa Cruz. But don’t count out 2019 Portland Open runner-up Eagle McMahon, or other DGPT superstars like Calvin Heimburg, Simon Lizotte, Nikko Locastro, and James Conrad. With a slew of other too many to name talented MPO players, this weekend’s tournament will be one you don’t want to miss.

Paige Pierce, 2019 Portland Open winner, will be looking to win her 4th straight tournament this weekend.

In the FPO division, the question is “can anyone beat Paige Pierce?”. Not only is Pierce the defending 2019 Portland Open champion, but she has also won the last three major tournaments; the OTB Open, USWDGC, and the Masters Cup. 2019 Portland Open runner-up, Catrina Allen, has been on a tear this season and has already bested Pierce once this season at Jonesboro. But Allen isn’t the only FPO competitor who is chasing the title this weekend.

A great mix of veteran players like Sarah Hokom and Juliana Korver, as well as young guns like Hailey King, Kona Panis and Ella Hansen all have what it takes to take down the tournament.

With more stats than you can shake a stick at, keep an eye on UDisc Live all week for in-the-moment moves from the tournament’s stacked DGPT field.

You can watch the final round live on Disc Golf Network on Sunday, June 4th, beginning at 5.00 p.m. EST.