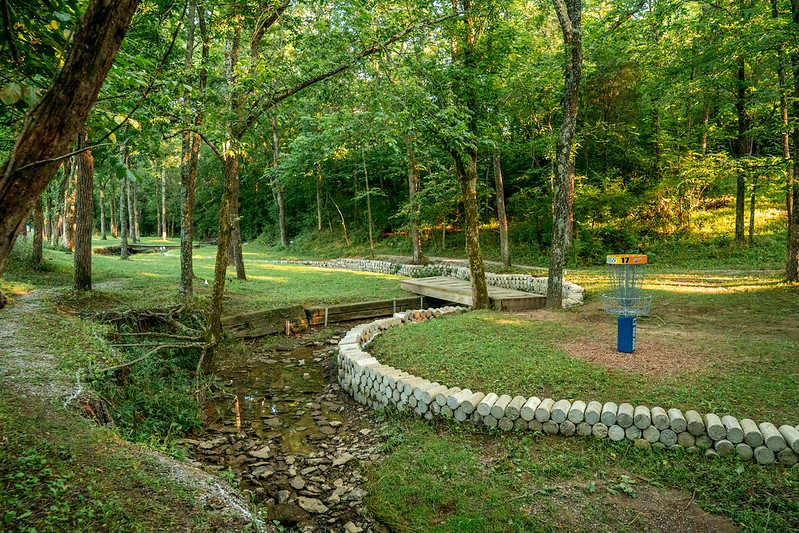 By David WeaverAugust 11, 2021No Comments

With only four events left before the DGPT Championship finale in Charlotte, the tour heads to Burlington, Kentucky for the Idlewild Open presented by Dynamic Discs and The Nati Disc Golf. After a shortened tournament at the Ledgestone Insurance Open last weekend due to weather, players are eager to get back on the course and battle it out at the world famous Idlewild course.

The Idlewild Open marks the beginning of the East-coast swing which is the final chapter of each years Pro Tour so to speak. Synonymous with this part of the country is tight wooded golf and Idlewild is no exception. While the 9,063 ft (8,602 ft for FPO) par 67 beast of a course at Idlewild does offer some open shots throughout the round, players will be challenged with tight fairways ranging from short par 3’s to long par 5’s. Idlewild will offer a slight reprieve from the monstrous Northwood Black course from last weekend, however, players will have to follow the aim small miss small mentality headed into this weekend’s event in order to climb to the top of the leaderboard.

After carding birdie’s on the first 5 holes during the final round at the Ledgestone Insurance Open, Kyle Klein will look to carry some red hot momentum into Round 1 at Idlewild.

Last year’s Idlewild Open Men’s Champion Eagle McMahon will look to repeat his title and with a strong 3rd place finish at last week’s Ledgestone Insurance Open, he is certainly playing some of his best golf headed into this weekend’s Elite Series event. Eagle has only finished outside of the top 3 once since April (8th at Texas States NT) and has had 3 DGPT wins in that timespan. To say that the young champion from Colorado is having a fantastic season would be an understatement and with a win at Idlewild, Eagle could potentially move into the lead in the DGPT standings.

On the Women’s side, Paige Pierce will look to carry some momentum into Idlewild after a big win at Ledgestone. Pierce finished 4th in last year’s Idlewild Open which was uncharacteristic after wins in 2017, 2018, and 2019. Despite last year’s speedbump, Paige is undoubtably the favorite heading into the weekend. With a 70-point lead over Catrina Allen, Pierce has distanced herself in the DGPT Standings however, there are some tight battles farther down the leaderboard and with only a few events left this season, a good finish this weekend could be the difference maker for earning a coveted spot in the DGPT Championships in October.

Missy Gannon has has a fantastic year and has earned herself a current 3rd place spot in DGPT Standings. With players like Jessica Weese and Kona Panis right behind her, a strong finish will be vital as the FPO division jockeys for position heading into the Championship in just a few short months.

Join us August 13-15th as the best players in the world battle it out in Burlington! Live coverage begins each day on the Disc Golf Network at 1:30 PM (ET) and of course, live scoring will be available all weekend courtesy of UDisc. General admission spectator passes for the event are still available here.

For a look at last years Idlewild Open, check out Disc Golf Network’s coverage from the final round in 2020.

You can watch all of the action live on Disc Golf Network, starting on August 13th at 1:30 PM ET .