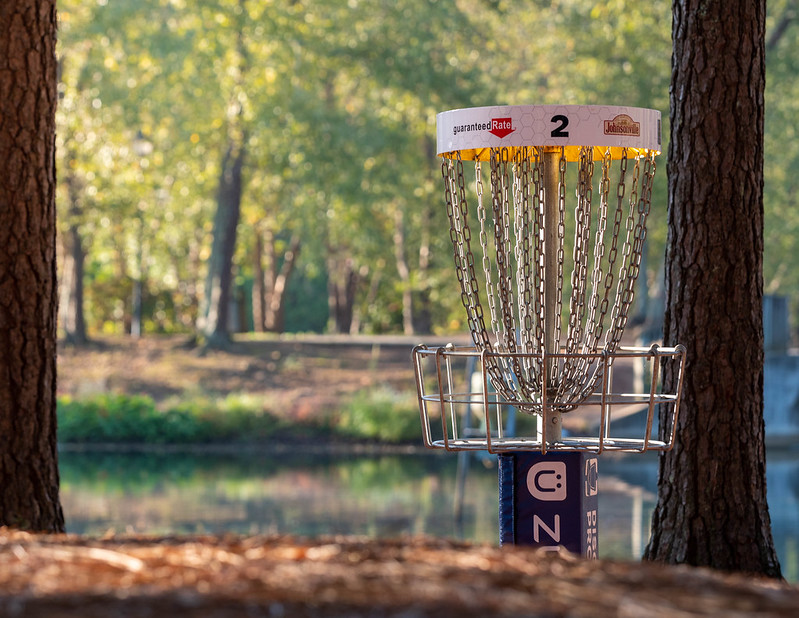 The fourth and final round of the 2021 Disc Golf Pro Tour Championship, presented by Guaranteed Rate, has come and gone, leaving us with two deserved champions.

With only 4 players left in each division, a matchplay-type round would determine who would walk away with the title and the $30,000 first prize. All of the Elite and Silver series events culminated with the final round of the Championship, as we crown two winners – Missy Gannon (FPO) and Nathan Queen (MPO).

In the FPO division, Missy Gannon (-5) lept out to a commanding start, shooting -5 on the front nine, while Sarah Hokom (-1) and Heather Young (-1) tried to keep pace, but found trouble with early success. Gannon played smooth, smart disc golf and even despite two late bogeys, was able to hold onto her lead and tap in an easy par on Hole 18 to take down the DGPT Championship. This makes the second elite event Gannon has won in as many weeks, as just last week she was crowned the TWDGC Champion.

While Young and Hokom battled it out for second and third, Hailey King (+11) had to just watch on, as she started off with a double-bogey on Hole 1, and couldn’t quite turn her round around. After finishing +7 on the front nine, King shot +4 on the back nine, including capping off with a pair of bogeys on Holes 17 and 18. King would have to settle with 4th place; not quite where she had wanted to end up, and will have to come back next year to reclaim her title.

Hokom and Young continued to battle it out down the stretch, and with a birdie on Hole 17, young had evened the playing field against Hokom. However, Young just couldn’t save par on Hole 18 with a putt from just inside the circle. She would have to settle with ending T-2nd with Hokom.

In the MPO division, Nathan Queen (-8), Drew Gibson (-6), and Paul McBeth (-4) all started off vying for position on the leaderboard. After the front 9, McBeth only lead the others by a stroke as they headed onto the second part of the course.

Despite a stellar first round in the Semifinals, Adam Hammes just couldn’t find a way to repeat his performance, and dropped strokes early, going +7 through the first 6 holes. Like King in the FPO bracket, Hammes could just watch on as the other three players battled it out for the title.

Down the later stretch of the course, Gibson and Queen showed that momentum and course experience would push them through, as Queen shot -5 and Gibson shot -3 on the back 9. McBeth fell off pace and only managed two birdies, that were met with two bogeys, and couldn’t make up the strokes on either of the other two players. In the end, Nathan Queen was able to hold off a charging Gibson and the reigning USDGC Champion in McBeth to earn himself the title and the $30,000.00 first prize.

Nathan Queen takes down the 2021 DGPT Championship by 2 strokes over Drew Gibson.

Watch replays of the Live Stream from Disc Golf Network here, or catch some post-production videos from Jomez Pro and Gatekeeper Media.