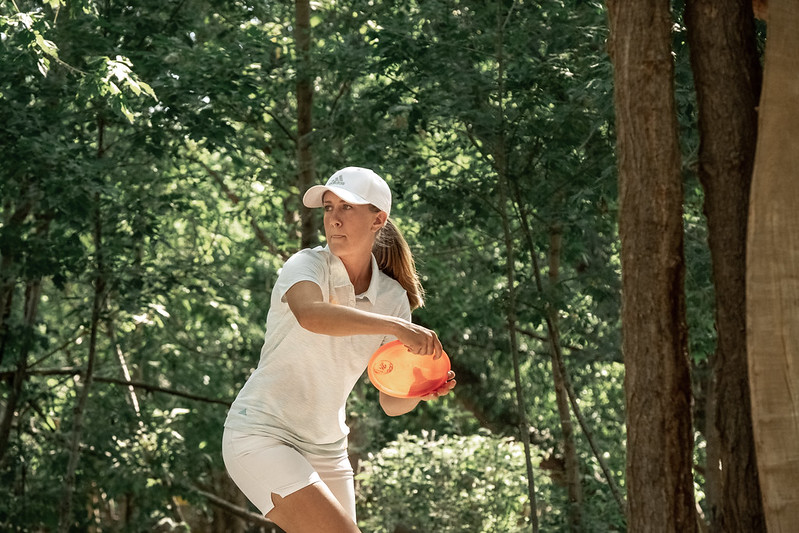 By Jared DiMascioJuly 11, 2021No Comments

The third and final day of the Des Moines Challenge, presented by Discraft came without any of the rain, lightning, or delays that we found in the first two rounds, which allowed both divisions to play a full final round on Sunday. Pickard Park proved a tough course while the elements were blaring, but once the storm settled, the players that rose to the top of the leaderboard were ones that could score often and avoid any costly stroke errors.

Due to time constraints, the FPO division had their tournament shortened by a round and only had 2 rounds to crown a winner. Coming into the round, Missy Gannon, Kristin Tattar, and Paige Pierce found themselves atop the leaderboard in first place at -3, with Jessica Weese closing out the lead card at even par.

In what began as an iffy round for Tattar and Pierce, who carded a few too many strokes in the first several holes of the round, quickly became a steady round for Gannon, who snagged birdies on Holes 4 and 5, and managed to shoot par for most of the day to maintain a steady lead on the field.

While Jessica Weese and Catrina Allen were shooting well and carding birdies often, 7 birdies for both, their bogeys kept them from overcoming the lead that Gannon had built in the first round.

Despite a late bogey after an errant shot on Hole 15 for Gannon, and birdies on 18 with perfect upshots from Pierce and Weese, she just could not be caught as she finished the round at -2 and claimed her first Disc Golf Pro Tour win.

We got a chance to chat with the Des Moines Challenge champ after the round 👇 pic.twitter.com/vvq5MYyeGa

In the MPO division, we first saw several cards come out first thing in the morning to finish their postponed second rounds. The early story of the day was the charging of players like Paul McBeth, Calvin Heimburg, Gavin Rathbun, Raven Newsom, and Ben Callaway, who all used the postponement to recenter and come out fresh playing some great disc golf.

McBeth birdied 8 of the 11 holes he played this morning en route to a -10 round. Heimburg and Rathbun were on target to shoot the hot round of the day and shoot even better than McBeth, but with 2 late bogeys for Heimburg and a double-bogey for Rathbun on Hole 18, they managed to fall just short. Newsom and Callaway also managed to finish their delayed round strong, both carding -9 for the round.

With all MPO competitors finished with their second rounds, many of them had to come back out this afternoon to shoot the final round while most of the rest of the division got to come in fresh but unpracticed.

Heimburg lead the charge with a blistering hot -13 round, putting the pressure on McBeth, Rathbun, Newsom, and Callaway early. However, with a few clutch scrambles and a perfect upshot layup from McBeth on Hole 18, Heimburg couldn’t hold onto the lead from the clubhouse and McBeth was able to hold down and claim his first Disc Golf Pro Tour win of the season. Rathbun had a chance to tie Heimburg on Hole 18, but came up just short on a long put and had to settle for 3rd.

Players like Adam Hammes, Kevin Jones, and Emerson Keith made a push and put a scare in the leaders all by shooting -10 rounds, but just couldn’t come back from the initial lead other players had as they finished in 6th, 7th, and 8th place.

The 5X Champ was incredible today 🔥@Paul_McBeth has now won the event after PDGA Worlds 7 times in a row. pic.twitter.com/rPZ6OI30Ci

The Disc Golf Pro Tour picks up in Milford, MI for Discraft’s Great Lakes Open, presented by Discraft on July 23rd – 25th. Find out more information here, or tune in to the Disc Golf Network to watch the return to an Elite Series event. 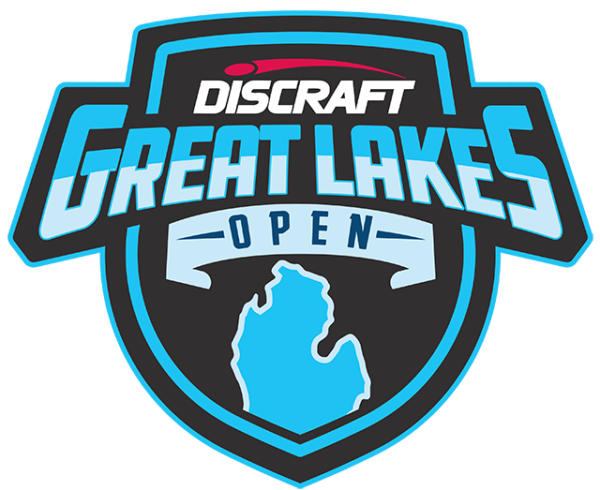