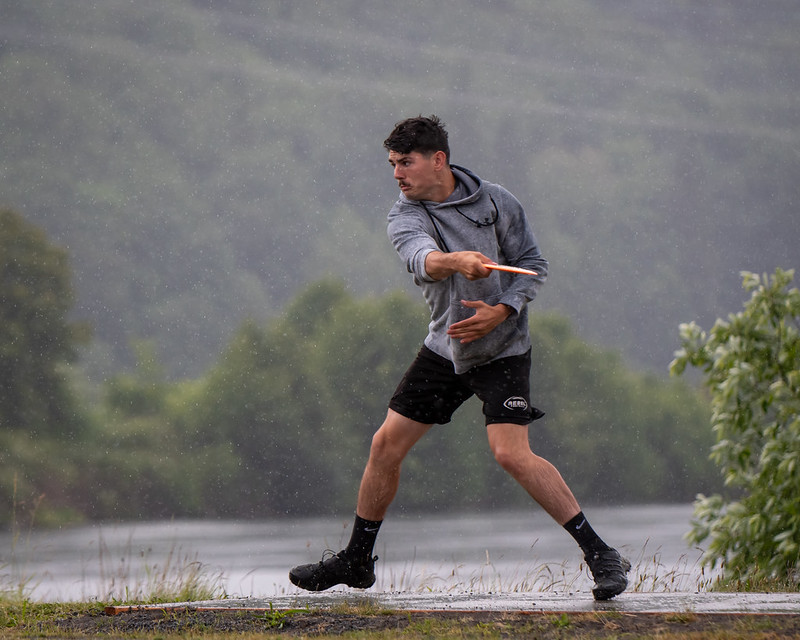 By Jared DiMascioJuly 10, 2021No Comments

Round 2 of the Des Moines Challenge has been suspended for the day due to severe weather. More details regarding the completion of Round 2 and tomorrow’s broadcast will be communicated shortly.

Saturday’s 2nd round of the Des Moines Challenge, presented by Discraft was met with similar weather that Friday’s round began with. Pouring rain and scattered lightning storms chased the players off the course midway through the day, leaving a handful of MPO cards to finish their second round on Sunday morning, before teeing off in the afternoon for their final round. The FPO will play their second and final round on Sunday afternoon. 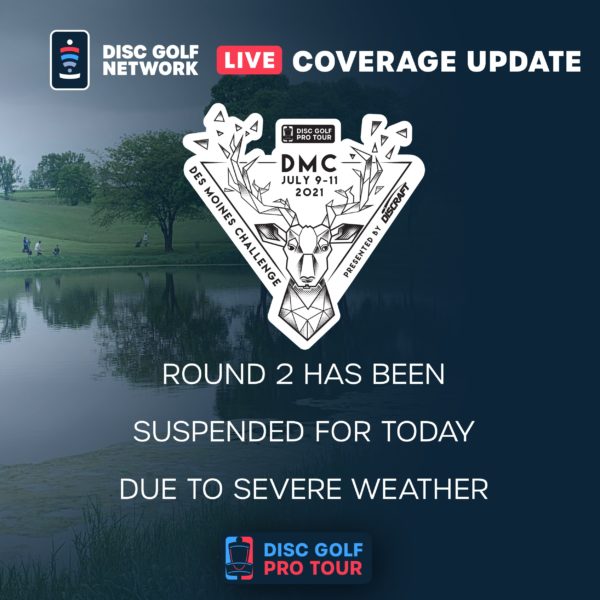 Calvin Heimburg and Gavin Rathbun both were in the midst of playing spectacular rounds, getting 9 of 11 birdies on the 11 holes they both played. The pair are currently tied at the top of the leaderboard.

The hot round of the day for players who managed to finish their rounds belonged to Seth Talbott (T6) who shot -10 to bring his total score to -11. Other players like Chris Clemons (T3), Paul Ulibarri (T9) and Brodie Smith (T14) shot -9 during their complete rounds.

The lead card only got to finish 7 holes on Saturday before the storm came in, but so far Paul McBeth has shot -2, while Silas Schultz, Zacheriath Johnson, and Ben Callway have only shot -1. They will have to pick up the pace tomorrow morning if they hope to make moves and come out on top at the end of Sunday’s final round.

Round 2 continued coverage will begin at 9:00 AM CT | 10:00 AM ET and Final Round coverage for MPO will begin at 4:00 PM CT | 5:00 PM ET. Follow along live on the Disc Golf Network and stay tuned for production updates.