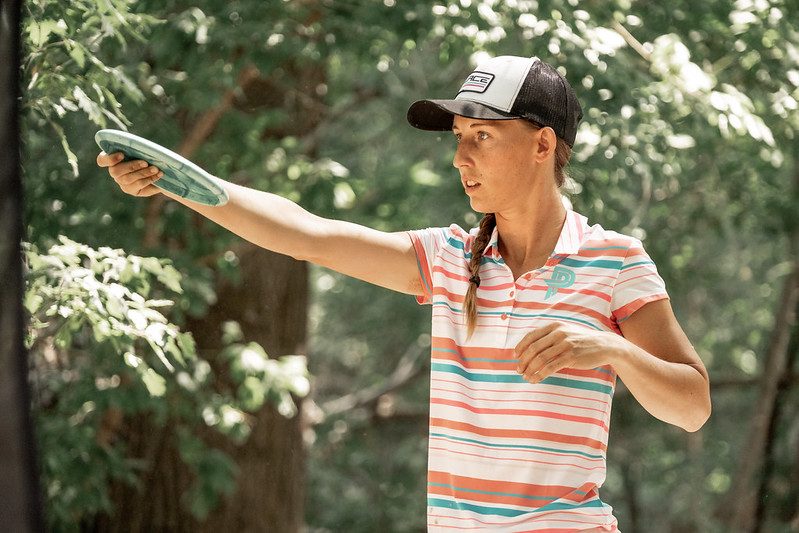 By Jared DiMascioJuly 9, 2021No Comments

It was a wild and wet day for Round 1 of the Des Moines Challenge, presented by Discraft. With a deluge of rain starting early in the morning and continuing all day, there were numerous delays, and some tee times were pushed back as much as 90 minutes. Even the Disc Golf Network live stream was pushed by a couple hours, due to rain and lightning delays.

Most of the earlier MPO cards had to play through some of the rain, and were forced off the course for some delays, but had to weather the storm to complete their rounds. While later cards managed to escape the second round of rain to just play in some soaked and damp fairways.

“If they blew any horn…that meant we were finishing up our round tomorrow morning,” Paul McBeth said in an after-round interview.

While the earlier cards dealth with pouring rain, the later cards had to figure out the swirling and gusting winds.

With a lot of parity in the MPO division, Saturday’s second round should prove to be an exciting one. With 6 players shooting -5, and 7 shooting -6, we had 4 players shoot -7 and only 1 sits atop the standings, Silas Schultz.  Schultz has two C-tier wins this season, with a few other podium finishes, but has been playing pro since 2018. the 1009-rated player from Baton Rouge battled through the weather to dominate the course today. After birdieing 4 of the first 5 holes, he hit a lull before finishing up by birdieing 6 of the last 7 to take sole lead after the day’s round.

Ben Callway stormed through and shot -7 to finish T2 on his way to defend his 2019 Des Moines Challenge title. His 9 birdies were only slightly offset by 2 bogeys to finish just off the lead. In what looked like a possible rematch from World’s, Paul McBeth and James Conrad come shot hot all round, McBeth finishing T2, while Conrad fell off a bit on Hole 18 to end the day T13 at -5.

If the weather stays clear for the second round, it could be anyone’s day. With so much blue on the scorecards in the poor weather Friday’s round held, Saturday could open up for some double digit rounds and a lot of jumping around on the standings. 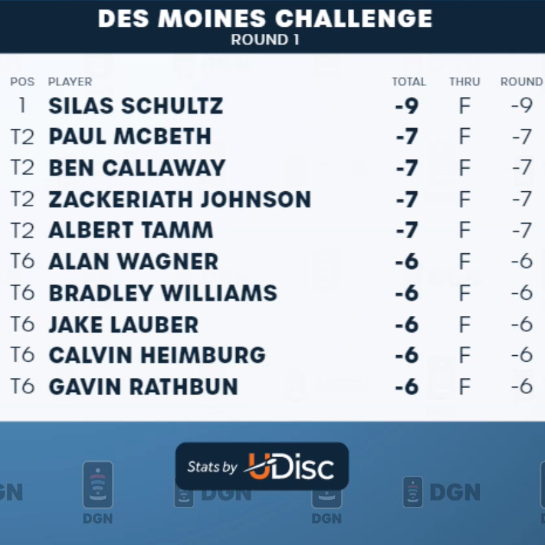 In the FPO division, we had a battle of the titans as Paige Pierce, Kristin Tattar, and Missy Gannon battled off just as the storm passed overhead. However, due to the numerous delays and pushbacks, only 1 FPO card was able to finish their round today, and the rest will have to finish 2 to 3 holes early Saturday morning.

Pierce (T1) and Tattar (T1) both shot the hot round in the FPO, with -4, while Gannon came up 1 stroke short at -3. Just behind them, Catrina Allen (T4) and Jessica Weese (T4) just couldn’t string together enough birdies to earn strokes against them or the field, though they did manage to shoot mostly par on each hole.

With three players at +3, and two at +2, we see a similar story as the MPO field where Saturday’s round could mean a lot for moving up or down the leaderboard. However, unlike the MPO, these players will have to finish off their final holes of round one before they tee off for their round two on Saturday. 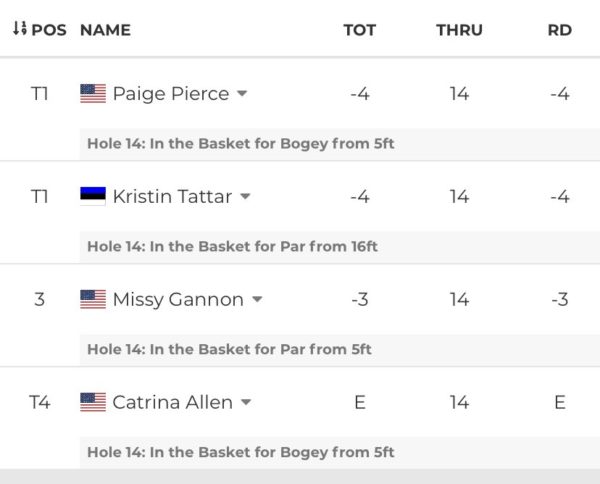 Turn in tomorrow for the Round 2 action on the Disc Golf Network at 3:00 CT | 4:00 ET, follow the live scoring at UDisc Live, and check out all of the post-production of Round 1 from Ace Run Pro, Gatekeeper Media, and GK Productions.