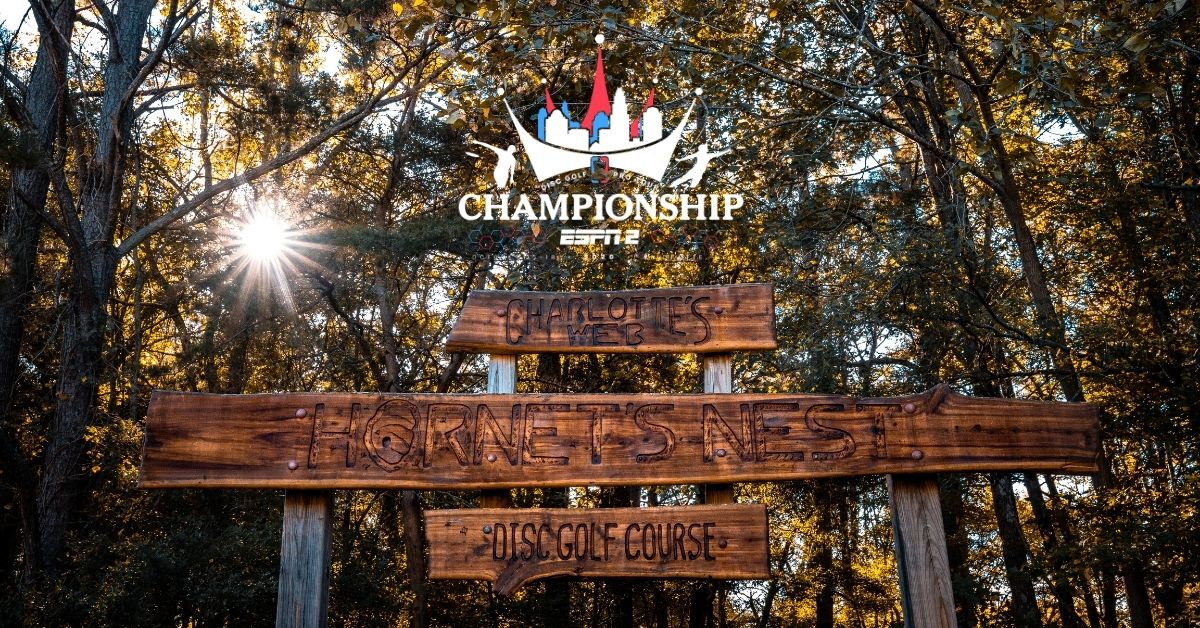 By Seth FendleyOctober 6, 2020No Comments

The Tour Championship will be broadcast in November on ESPN2. The two-hour special will include the post-production of both MPO and FPO divisions produced by the Disc Golf Network, JomezPro, and Bluefoot Entertainment. The broadcast will be in addition to the standard post-production from JomezPro, GK Pro, and Gatekeeper Media and daily live coverage on the Disc Golf Network.

The Tour Championship will begin on Thursday, October 15th, with the MPO qualified players (those finishing 32-17 in Tour Standings). Cards of four will start in 20-minute increments to allow for multi-card coverage on the Disc Golf Network.

Friday will start the quarterfinals round for both MPO and FPO divisions. The FPO division will begin in the morning and have a separate broadcast from the MPO division. Yet again, with 20-minute tee-time increments, viewers will be able to follow multiple cards to see who will be the four advancing women into the semifinals round.

The MPO division will feature the four best scores from the first round alongside the players who finished 9-16 in Tour Standings. The best four scores will then advance to the Saturday semifinals rounds.

Saturday will see the top 12 men and the top eight women square off to see who will advance to Championship Sunday. The top four women and top eight men in Tour Standings were rewarded for their strong play across the season with byes to the semifinals. The four women with a bye to semifinals are Paige Pierce, Sarah Hokom, Catrina Allen, and Missy Gannon. On the MPO side, Paul McBeth, Calvin Heimburg, Ricky Wysocki, Eagle McMahon, Nikko Locastro, Kevin Jones, and Chris Dickerson have all solidified their spots – James Conrad is on the bubble and a poor performance from him with a Philo Brathwaite or Garrett Gurthie podium finish could see one of those two players claim the eighth spot.

Championship Sunday will have a morning FPO broadcast, and an afternoon MPO broadcast has the last four players compete to determine the winners of the 2020 Disc Golf Pro Tour Championship.

Get Ready to Watch

Live coverage will be available on the Disc Golf Network with next-day coverage of MPO cards from Jomez Pro and Gatekeeper Media along with next-day FPO coverage from GK Pro.