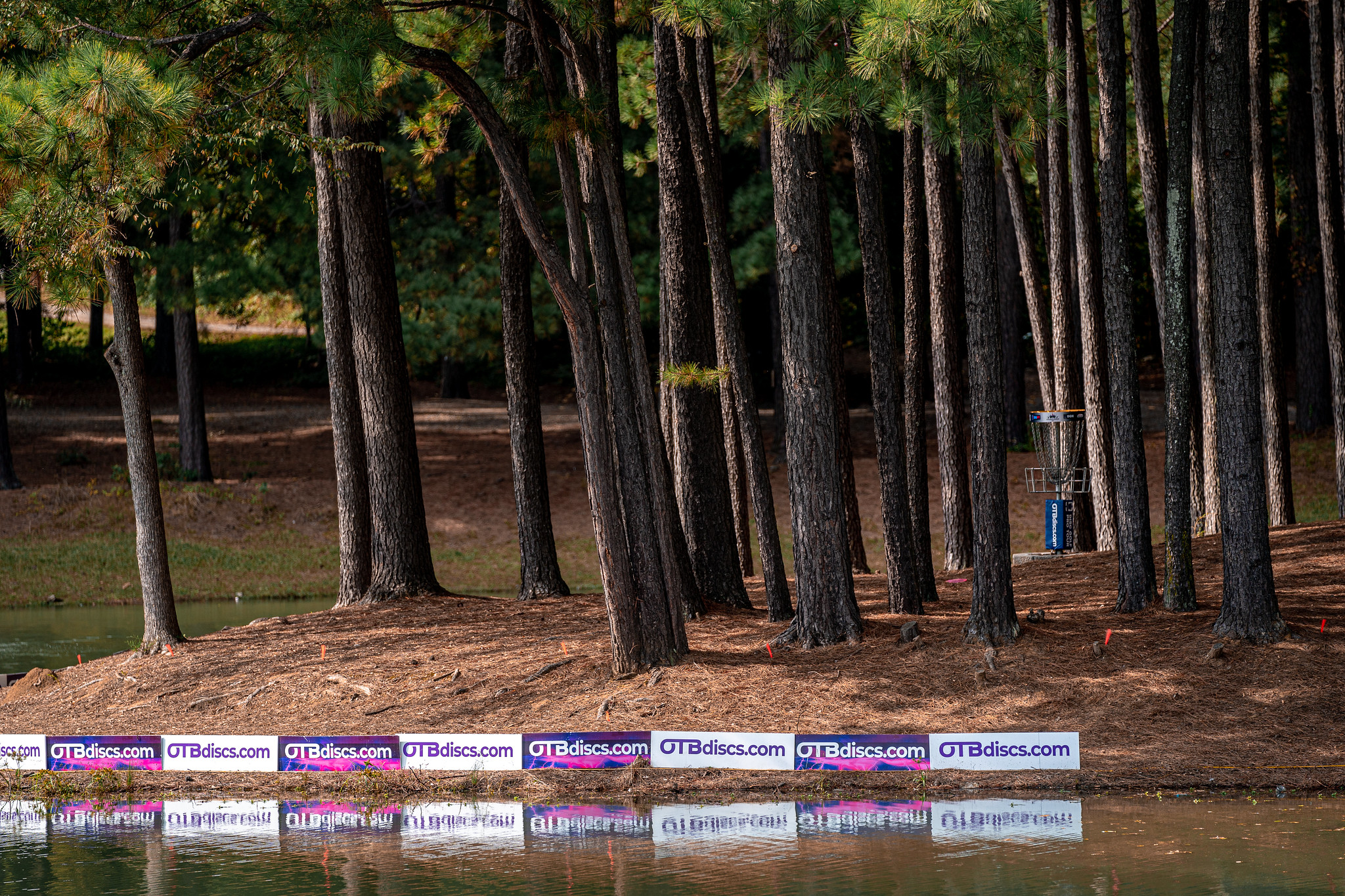 By Seth FendleyOctober 18, 2020No Comments

The final four is set for the 2020 Tour Championship, and it’s not what many would expect.

The top two players in the world are set to battle with two up and comers on the scene. Coming from the advancing card into the finals is Lisa Fajkus. Fajkus started the tournament as the 12th seed. She advanced to the quarterfinals with an even-par round yesterday. While she carded a plus two in her semifinals round, she kept her scorecard relatively clean. This is Fajkus’s second Pro Tour finals appearance. Fajkus tied for second place at the 2017 Disc Golf Pro Tour Championship.

The rest of the finals card will comprise the first, second, and fourth in Tour Standings players. Hailey King, another up and comer, will be making her first Disc Golf Pro Tour Finals appearance. King carded the hot round for today at even par. She started the day two-under through three. Her hot start put her on a trajectory to make the Finals with ease.

Catrina Allen advanced to finals with a two-over-par performance today. Allen carded a triple-bogey on hole four and spent the rest of the round battling back from it. Allen is now the only player to go to the Pro Tour Finals in all five seasons of the Disc Golf Pro Tour. Allen is the defending Pro Tour Champion after winning in a playoff last year.

It is going to be a race to the finish in the FPO division. You can watch the full round live on the Disc Golf Pro Tour YouTube or Disc Golf Network for free starting at 9:30 AM ET. Don’t miss out!

In what might be one of the more shocking turns of events this season, neither Paul McBeth nor Ricky Wysocki advanced to the Finals. While they were both absent in 2019 from the Tour Championship due to injury and illness, based on their first and third seeding for the tournament, many expected at least one of them to advance. Instead, the Finals will look very similar to the 2019 finals, with three of the four competitors returning from last year’s performance.

Joining the three mainstays will be Austin Hannum. Hannum was the first player off the course advancing to Finals today, and he did so with a four-under-par performance. Hannum will be playing for his largest payout ever at a PDGA event. Regardless of his finish tomorrow.

Of the three mainstays leading the way, today was Calvin Heimburg. Heimburg shot an unofficial 1081 rated round to lead the way into the finals. The only player bogey-free today, Heimburg, was on fire down the stretch and really looked unbeatable. His closest competition was five back. With scores resetting tomorrow, it is still anyone’s to win, but Heimburg looks to be the favorite going into Championship Sunday.

Last week’s PDGA Major Champion Chris Dickerson was that player five-back of Heimburg. For the past two weeks, the two have been housemates and are going step-for-step at back-to-back events. While Dickerson did not card the hot round today, his previous Pro Tour Championships have seen him match or improve in each subsequent round during the tournament. This is the first year Dickerson has not had to play through all four rounds, so tomorrow will be interesting to watch and see if his lack of rounds played in this year’s Championship influences his play.

Rounding out tomorrow’s card is Kevin Jones. Jones has made the Finals of the Tour Championship for the third year in a row. In 2018 he finished at the bottom of the card; in 2019, he finished in third. If he keeps advancing up the leaderboard, he could be in a good position to finish in second place tomorrow. Jones came close to not making the finals after taking a triple-bogey eight on seventeen. However, he was able to advance by the skin of his teeth after Ricky Wysocki failed to secure a birdie on hole eighteen.