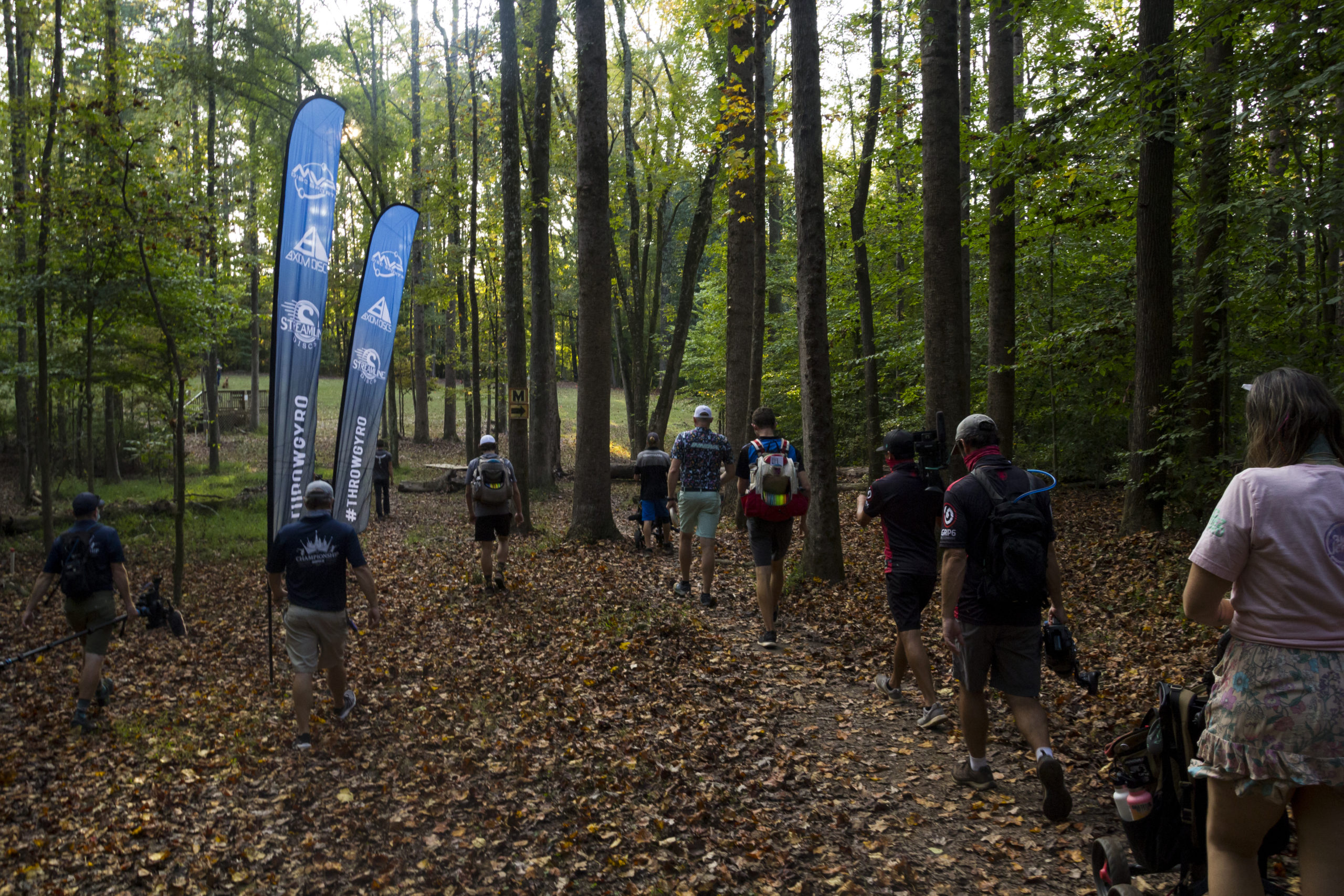 By Seth FendleyOctober 16, 2020No Comments

The first round of the 2020 Disc Golf Pro Tour Championship presented by GRIP6, and the action is just starting to heat up.

Before the competition kicked off, there was action on the bracket as Simon Lizotte withdrew due to injury. This resulted in Austin Hannum earning a bye and Brian Earhart gaining a last-minute add to the Championship. 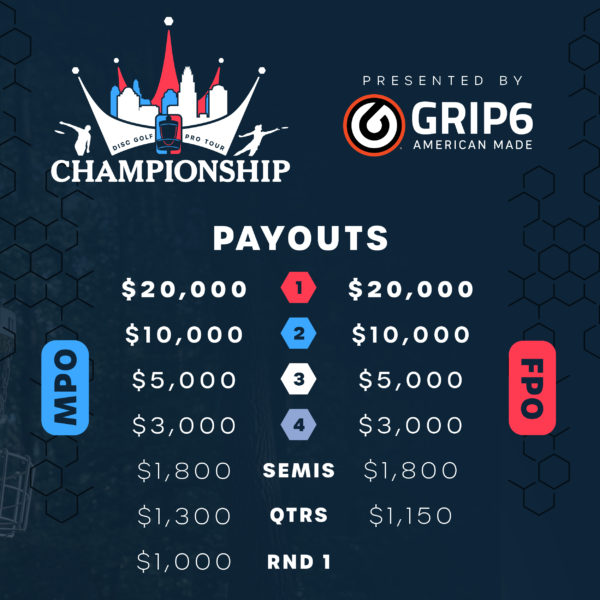 There were four cards, sixteen players, looking to card the four best rounds to advance into the quarterfinals.

The first card to tee off had Jordan Castro, Matt Bell, Gregg Barsby, and Brian Earhart. Gatekeeper Media filmed the card, and Gregg Barsby started on a tear on the front nine. However, at the turn, he struggled on hole ten to get out of the rough and onto the green. This effectively ended anyone on the cards option to advance.

The second card featured Gavin Rathburn, Andrew Marwede, Terry Rothlisberger, and Chris Clemons. While no one advanced from the card, Gavin Rathburn had a shot. He finished the day five down but had a look at six-down on eighteen to put the pressure on Thomas Gilbert and Jeremy Koling. He was right on the edge of circle one and watched his putt sail up into the band to miss the birdie.

The third card saw Eric Oakley and Andrew Presnell battling for the hot round with Noah Meintsma and Anthony Barela in tow. Presnell made it to seven-under-par with no bogeys. Eric Oakley carded a bogey on the island hole two (missing the island on his drive) but recovered and had a highlight-reel shot on hole five, where he had a thrown-in eagle from 268 ft. He threw a pure shot that, when it hit the ground, skipped up instead of sticking and landed perfectly into the chains. Both players ended up tied for the hot round with an unofficial 1054 rated seven-under-par.

On the day’s feature card, hometown hero Jeremy Koling showed out, and Canadian Thomas Gilbert was not far behind. Ezra Aderhold and Colten Montgomery rounded out the card. Both players ended up just short of advancing, with Montgomery taking a six on hole five after going out of bounds twice and Aderhold struggling on the back-nine but carding an impressive eagle three on seventeen.

The final two players advancing, though, were Koling and Gilbert. Both players had impressive front nine performances, and it was the back nine where things came in to doubt, if only for a minute. Both players struggled on hole thirteen but were able to put the hole behind them to finish six-under-par and advance to the quarterfinals.

Tomorrow the FPO division begins play at 9 AM ET, with the FPO broadcast starting on the Disc Golf Network at 9:25 AM ET. There will be three competition cards as twelve FPO players compete for four spots into the semifinals round.

The MPO division will begin play at 2 PM ET, with the MPO broadcast starting on the Disc Golf Network at 2:25 PM ET. There will also be three competition cards of twelve MPO players who compete for four spots into the semifinals round.

You will not want to miss out on the action! Make plans to tune in and watch live!