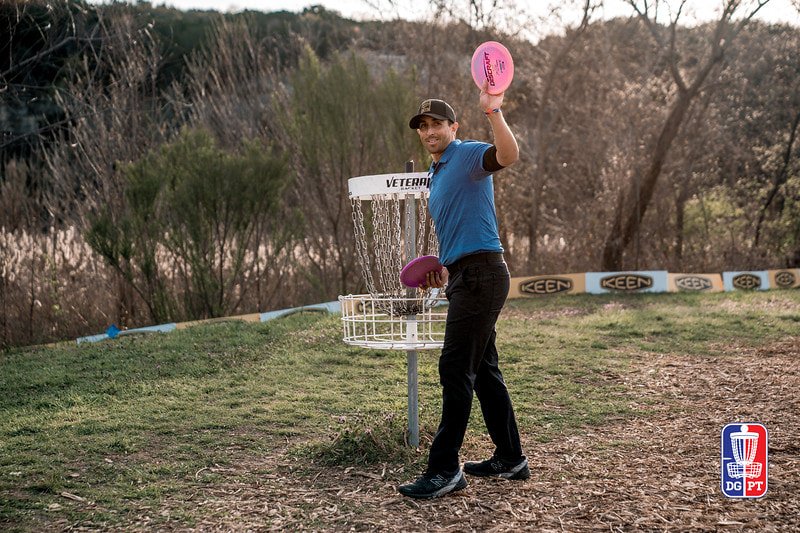 ​A tournament played on a course affectionately referred to as ‘The Beast,’ the Waco Annual Charity Open provides a challenging mix of wooded and open holes early in the season. This year, one player put that challenge into question.

2019 was the third year for the WACO event to be on the Pro Tour. In the previous two years, a -34 and a -33 under par would win the event for Jeremy Koling. In 2019, it would take ten more throws to gain victory. Why? The Beast was finally tamed.

Last season at Discraft’s Great Lakes Open, Paul McBeth (or McBeast as some like to call him), carded a -18 round two at the event, en route to a win. This year, round two at the Waco Annual Charity Open, McBeth did it again. Needing an eagle on the par-four, 492ft hole eighteen, McBeth had to throw a 450ft+ water carry to land inside circle one for the eagle putt and a -18 round. He would go on to card a sixteen under-par final round to win the event by three throws. The defending champion, Jeremy Koling, would finish -33 like he had the previous two years, only this time it resulted in a tenth place finish. The Beast was not only tamed, but it appears the competition has gotten stiffer over the years at the Waco Annual Charity Open.

On the FPO side, a battle unfolded as well. Catrina Allen and Paige Bjerkaas went throw-for-throw during rounds one and two. In round one they were both three under par, in round two they both were four under par. Catrina would up the ante during the final round and go five-under-par to finish at twelve under for the event. Paige would be unable to keep pace, finishing the round at even par. With a five-throw lead, Catrina would claim her first Pro Tour victory of the season after a hard-fought battle in Waco.

The Waco Annual Charity Open is not just about the competition, though. The tournament features a players’ party on the historic Waco Suspension bridge, which traverses the Brazos River just a few miles up from the course. The charity portion of the tournament goes to support the Baylor Autism Resource Clinic.

This is a tournament that you will not want to miss in 2020. It will take place on March 13-15th. Registration will open on January 1st. Make plans now to play, attend, or watch online. Who knows, maybe you will have a chance to witness another -18 performance!