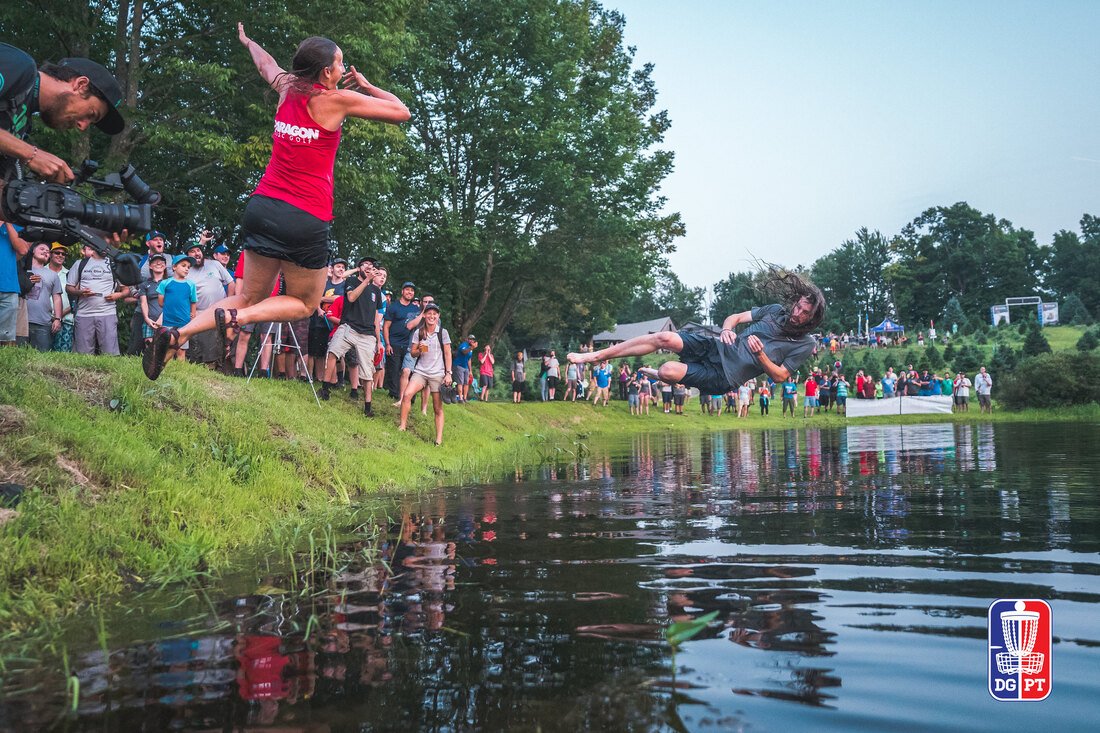 2019 MVP Open Preview: Same Old Stories and Some New Ones to Unfold

The MVP Open at Maple Hill kicks off tomorrow and excitement is in the air as players return to one of the most storied courses in the nation. Since the event has joined the Disc Golf Pro Tour, it has had its fair share of excitement from title sponsor changes to chipmunk gate to come-from-behind victories. In this article we will dive into both divisions and see what exciting stories are bound to unfold at this year’s MVP Open.

Starting with the FPO side of the event, we look back first to last year. Last year Sarah Hokom won the tournament by a wide margin. Hokom’s win at the MVP Open had final DGPT Points Standing’s implications. Her first-place finish coupled with Pierce’s sixth-place finish was enough for Hokom to finish first place in 2018 Tour Standings. Hokom started last year’s event on the feature card and finished the day tied for the hot round with Paige Pierce. On the second day, Hokom was able to begin to separate herself from the field. She and Paige Bjerkaas were the only two players in the FPO division to shoot under par for the day. Paige Bjerkaas was moving her way up the leaderboard after starting the day in third place. Bjerkaas would start the final round three throws behind Sarah Hokom. Sarah would proceed to card the hot round of the tournament carding a five-under-par round while Bjerkaas would only card a one-under round. Sarah’s win last year at the MVP Open solidified that her earlier successes in the season were not unfounded. Her win at the final event of the season paved the way for what would become her Tour Championship victory in Jacksonville later that year.

This year a different story is unfolding. Sarah Hokom made a switch over to a new manufacturer sponsor during the offseason and has been working all season to gain confidence in her game. When considering this event, Sarah said, “Coming in as defending champ always adds a little pressure, plus I haven’t been able to get a Pro Tour win yet this year, so it’s easy to feel the added pressure to finally snag that win, especially one of my absolute favorite stops. But I’ve been battling that kind of pressure all season and will do my best to block it out and simply do the best I can. So, I am preparing as usual. I’ve got three practice rounds in and have developed a solid game plan to execute. Mentally, I’ll do my best to stay positive, hopeful, and play as relaxed as possible.”

This season has featured a return of the storied Paige Pierce and Catrina Allen battles of 2017 and earlier. Paige Pierce and Catrina Allen are in a head-to-head race to see who will finish atop the DGPT standings. With two more events to play the MVP Open will be a determining factor in who will come out at the top. Last year’s performance at the MVP Open was not hallmarked returns for either competitor. While both openly discuss their enjoyment for playing this course, the course was not kind to them. Both players have won this event before, so they know what it will take to bring home the trophy. With a stacked field of 32 players, it could be a race to the finish.

Outside of the same old story, will a new story unfold? Last year’s runner-up will not be in attendance this year. Paige Bjerkaas is currently planning a wedding and has taken a weekend off to prepare for her upcoming nuptials. Last year Lisa Fajkus put together a solid performance to finish third on the podium. Will her consistent putting stroke help elevate her to another podium finish? Rebecca Cox has been trending up all season and currently is fifth in Tour Points and finished fourth at the event last year. We could even see another international player win the FPO division at a DGPT event for the second time this season as Kristin Tattar will be in attendance. Or will there be a fresh face who steals the show?

Tune in tomorrow starting at 9 AM ET to watch the feature card live which will include Sarah Hokom, Paige Pierce, Amanda Melwiki, and Kristina Draeger. Post-produced coverage of the feature card will be provided by GK Pro all weekend.

The Stories Continue on the MPO Side…

On the MPO side, we have a first-time winner emerging to defend his title alongside the most recently crowned five-time world champion on the round one feature card. Paul McBeth has not won this event since 2013. Only one player has won the competition twice since 2013, Ricky Wysocki. Ricky won in 2015 and 2017. Why go back to 2013? In 2013 McBeth carded an 1121 rated 45 final round at the event to create a come-from-behind win. McBeth was in contention for success last year, but James Conrad carded an -11, 48 in the final round to secure a one throw victory for his first win at Maple Hill.

This year James Conrad is still a part of the story. James has carded podium finishes at the past three elite series events going into MVP (Idlewild, Worlds, and Delaware). James is tracking for a solid shot at defending his title and becoming the first repeat winner of the MVP Open at Maple Hill. James said that he had taken it pretty easy this week when asked how he was preparing for the event he continued, “[With] a good bit of rest and some light practice to stay loose. I’m making sure I’m feeling good and focused for the tournament.” Also, gunning for the victory will be Paul McBeth. Fresh on the heels of his World Title McBeth spent the past week and a half focused on preparation. Choosing to forego the National Tour event last weekend Paul will have fresh legs when he tees off on the live feature card tomorrow with James Conrad, Andrew Presnell, and Justin Bilodeau at 3:30 PM ET.

Other stories to follow will include German national but course local Simon Lizotte. Having a full year and a half with Maple Hill as his home course, Simon will look for some local love to propel him to his first tournament win at Maple Hill. Another international player in the mix will be European Open sensation, Albert Tamm. Kevin Jones is another name to have in the mix, fresh off the heels of his first DGPT win. Kevin is in position build upon his success at Idlewild on another challenging wooded course. Some players are looking for their first Pro Tour Wins who could end up being the story of the weekend. 2018 World Champion Gregg Barsby has played well at Maple Hill for years but is yet to convert on a win. Gregg did have an ESPN highlight from 2017 when he carded the ace on the elevated hole five. He is an exciting player to watch and will be featured on the Gatekeeper first-round filmed card . Make sure to be watching for him alongside Ricky Wysocki, MVP sponsored player Matt Dollar and fan vote winner Joel Freeman on the next-day coverage.