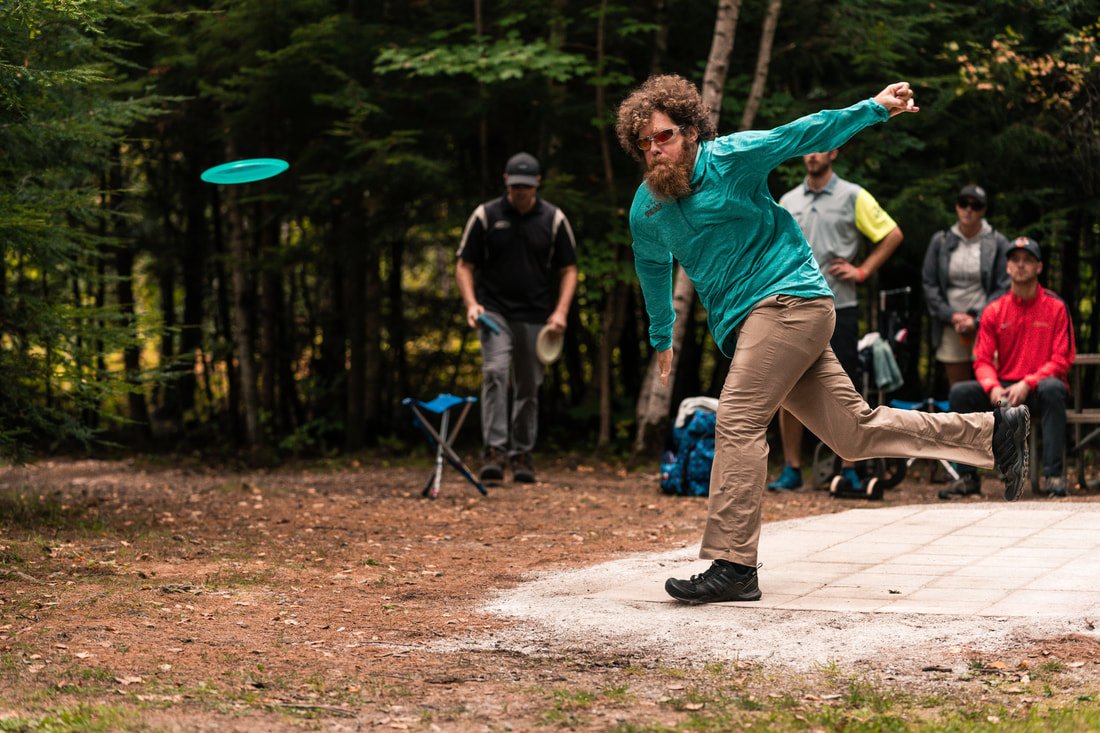 2019 DGPT Tour Championship Round One MPO Recap: Two Under Advances to Quarters

​On the challenging Hornet’s Nest Tour Championship layout players had to put in work today to advance to this afternoon’s quarterfinals round.

The first card out of the gates this morning featured Paul Oman, Matt Dollar, Cameron Messerschmidt, and Lance Brown. Lance Brown made it into the tournament last night after Nikko Locastro informed the tournament that he would not be able to make it to the event. While Lance had a fortuitous opportunity, he was unable to capitalize and finished his round plus one. Cameron Messerschmidt put forth a valiant effort to try and advance to the quarterfinals but ended up one short finishing one under par. The two players who were able to advance from the first card were Paul Oman and Matt Dollar. Paul Oman leads the first card with a three-under sixty. Matt Dollar is right behind him with a two-under-par.

The second card this morning included JohnE McCray, Michael Johansen, Zach Melton, and Sam Lee. Just like the first card, two players advanced to quarterfinals, and two missed the cut. Missing the cut were JohnE McCray and Sam Lee with an even-par round. Carding the hot round of day one was Michael Johansen. Michael finished seven-under on the round, and if last year was any indicator, with Chris Dickerson shooting hot rounds each round, Michael might be in a position to make a run to the finals. A little bit of hometown good vibes could give him an extra boost as well. Zach Melton is also able to advance with a four-under-par.

On the third card, this morning was Colten Montgomery, Grady Shue, Andrew Marwede, and Trevor Harbolt. Only Colten will advance from this card, as he was the only player to finish under par on his card. He finished with a respectable five-under-par. Andrew Marwede would finish one-over-par, Trevor Harbolt finished three over par, and having a difficult go of it early, Grady Shue finished eight over par after going double-bogey on the first two holes and bogey on the third hole.

Rounding out the first round of competition was Philo Brathwaite, Eric Oakley, Chris Dickerson, and Brian Earhart. All but one of the players from the top card will be playing this afternoon as Chris Dickerson finished six-under-par, and Brian and Philo finished two-under-par.

Paul Oman, Matt Dollar, Zach Melton, and Michael Johansen will be on the 2 PM ET card for quarterfinals. Philo Brathwaite, Colten Montgomery, Brian Earhart, and Chris Dickerson will be on the 2:20 PM ET quarterfinals card. They will join the players who had a bye to the quarters, which include Andrew Presnell, Nate Perkins, Jeremy Koling, and Nathan Queen at 2:40 PM ET is filmed by Jomez Pro. The 3 PM ET card of Joel Freeman, Austin Hannum, Reid Frescura, and Drew Gibson will be broadcast live, so tune in and watch!