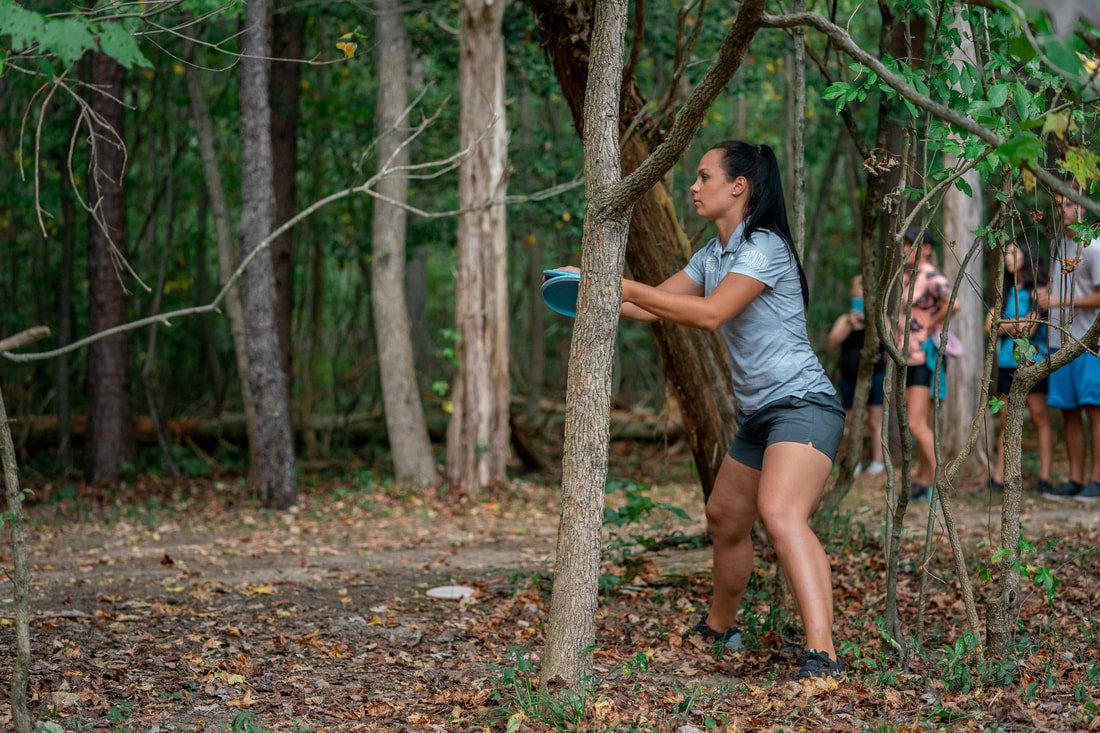 The Tour Championship is now behind us, and the offseason is here. We now have a chance to look at some of the more impressive stats of the season. Today we will take a deep dive into the C1 putting stat. A stat so contentious that UDisc split it out into two stats this year, C1 and C1x. Before we dive into who had the most successful DGPT season putting in the MPO and FPO divisions, let us first gain an understanding of the statistic itself.

What are C1 and C1x?
C1 stands for circle one putting. Circle one is a ten-meter circle around the basket, traditionally thought of as the disc golf putting green. When a player is inside C1, they are required to remain stationary behind their lie (meaning, they cannot jump putt). C1x was added this year as a statistic that excludes tap-in putts. It is generally that players within 11ft of the basket are going to make their putt, while putts from 11-33ft may be more difficult. As such, UDisc created two distinct putting data points for tracking.

How is the stat tracked?
A common misconception with being a live scorekeeper is that the individual keeping score is in charge of calculating stats. This is not the case. Instead, a scorekeeper is detailing where a throw lands on the course. At this point, we do not have an accurate way of reporting exact distances for drives or putts, so for C1 tracking, three options are provided. The three options are 0-11ft, 11-22ft, and 22-33ft. These distances are selected when a putt goes into the basket. The C1 stat includes all three of these options; the C1x stat excludes the 0-11ft putts. With this information clarified, let’s dive into the season stats.

MPO C1 Putting – A close race to be crowned King
The MPO player with the best C1 putting percentage for the season was very close; in fact, C1x was separated by 0.17%. Making 151 of 166 putts tracked, Eagle McMahon was the best C1x putter on Tour this season. Now Eagle only played the first half of the season, so to compare, we also want to look at the runner-up, who missed by less than 0.2%, Paul McBeth. McBeth played nearly every stop on TourTour this season and made 217 of 239 C1x putts. For Eagle, 15 putts missed across five and a half events (he DNF’d at Ledgestone). For McBeth, 22 putts across eight stops.

When you take into consideration all of C1, McBeth takes over the 1st place spot, and McMahon moves to second place. McBeth made 95.09% of his C1 putts, McMahon making 94.83%. Since C1 putting includes C1x putting, this can be seen as stats padding. The players do not miss any additional putts, the putts missed are just calculated alongside all of the other putts made within 0-11ft. Since Paul made more putts on the Pro Tour than Eagle, the percentage increases because there are more putts to be considered in the statistic, as such, an argument could be made on either side as to who was the best putter on TourTour this season, Paul or Eagle.

FPO C1 Putting – A New Queen is Crowned
Just like the MPO division, for FPO, there were two players at the top in regards to C1 putting. Thos two players only played two events each. As such, we will look at both of those player’s stats and then compare them to the best touring players stats to see the differences. ​

The FPO player taking home the crown for C1x putting is Alisha Schafer. Alisha played at Ledgestone and DGLO this season and was able to make 46 of 59 C1x putts for a 77.97% putting rate. Right behind her was Kristin Tattar, who played MVP and GMC this year and had a 77.78% C1x putting percentage. Almost as close as the difference between Paul and Eagle. Kristin made 49 of 63 C1x putts.

For comparison, Missy Gannon, who played eight events on Tour this season (the same as McBeth), finished in 4th place in C1x, putting on Tour making 181 of 252 putts. This was a 71.83% putting percentage.

More Stats Analysis to Come
It is interesting to note that putting percentages are easier to maintain across a short series of events as opposed to an entire season. With Eagle and Alisha taking home top honors, and McBeth and Missy finishing behind them. While it could be argued that had Eagle and Kristin toured all season they may have both taken home top honors by a wider margin, the past is the past, and now we must look forward to next season.

We do have additional ways to commemorate the season though. Over the next few weeks, we will be taking a look at other stats as well as last year’s venues to pay homage to the season and begin looking forward to 2020. Also, 2020 Trading Cards are available for pre-order now. We have three different package options , including a new, all-card deck, with only 100 boxes being sold. You will not want to miss out on this opportunity!