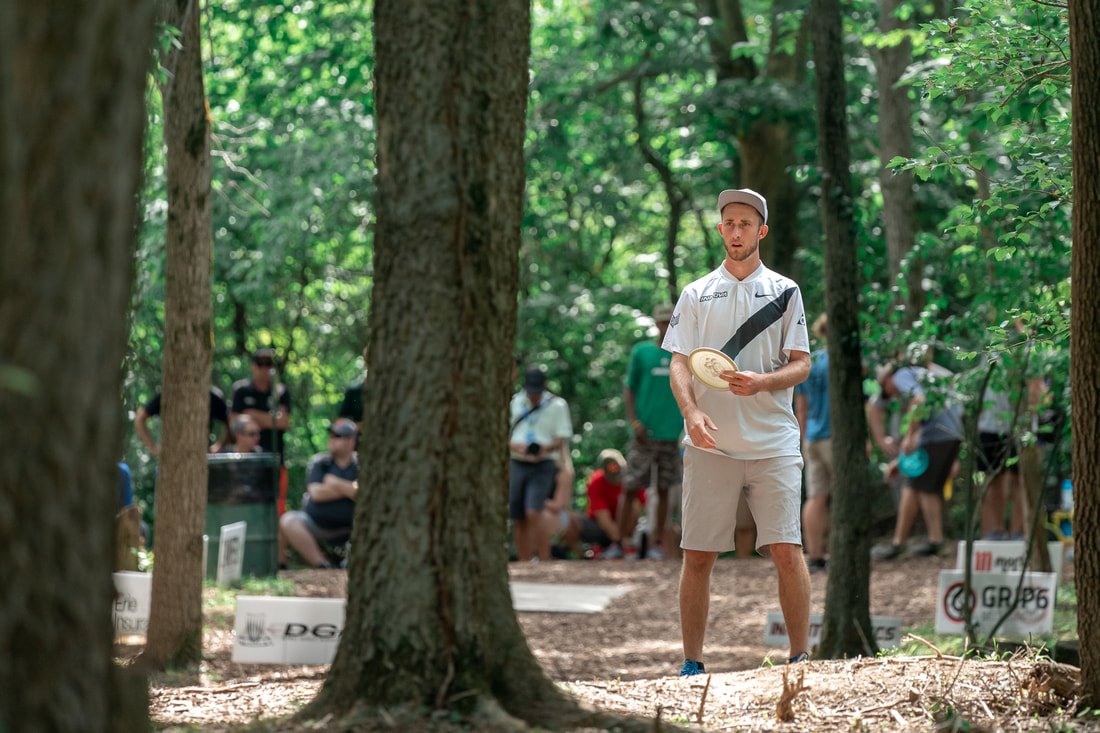 **Editors Note: This article was written prior to Wysocki’s withdrawal from the DGPT Championship due to Lyme Disease. We wish Ricky a speedy recovery and look forward to seeing him next season out on tour!

With the Tour Championship’s move to Charlotte Ricky Wysocki has the opportunity to put this past season’s up-down performance behind him. More importantly, Wysocki’s proximity to home could spell success and see him no longer playing second-fiddle to Paul McBeth.

Wrapping up the season second in Tour Points to Paul McBeth two years in a row is no small task. Missing only DGLO and Idlewild both seasons, this year Wysocki was able to drop a T9th finish with the added third drop for Tour Points. After Kevin Jones finished first at Idlewild, it looked like he had a shot at passing Wysocki for second place in Tour Standings. All Kevin had to do was keep up with his mid-season performance at the final two events. However, Wysocki returned from his Pro Tour hiatus and was able to solidify his second-place Tour Standing. ​

In 2016 and 2017 Wysocki won the Tour Points standings. In 2017 Wysocki was able to unite the crowns, winning the tournament as well, after falling to McBeth in the Tour Championship the year before. Last year, Wysocki advanced from the semi-finals round into the finals to ultimately take a T3rd place finish behind Chris Dickerson and Nate Sexton.

An up-down season may not spell success .
In 2016 and 2017 Wysocki was able to win 3 Pro Tour events each year. Last year he only won two. This year, Wysocki was only able to win one Pro Tour event, unseating defending champion Paul McBeth at the San Francisco Open. Wysocki’s performance on Tour this season was plagued by rounds where he got behind early and then had to fight his way back into contention. This resilience is what led to Wysocki’s top finish in Tour Standings.

While Wysocki finished second in Tour Points, his stats on Tour show a different story. His best stat this season is a 3rd from C1 in Regulation. A 4th from C2 in Regulation is his next best stat. While he appears to have the driving accuracy to be successful, he is currently 27th in Fairway hits and 34th in Scramble percentage. With the wooded Hornets Nest track, this may create a difficult space for Wysocki to succeed in October.

Wysocki is going to need to put together a consistent performance in Charlotte and move past his up-down stats sheet to have a shot at the Pro Tour Championship.

A New Track Feels Like Home
One path for success for Wysocki is his practical home-course advantage. Wysocki is in the same position as McBeth, where the last PDGA round he played on the Hornet’s Nest track was 2012 Pro Worlds. The difference, Sockibomb will only 45 minutes away from his previous home of Fort Mill, South Carolina. If 2017 Worlds showed us anything, if it’s within driving distance, Sockibomb’s family is going to show up in force. For Wysocki, the Tour Championship is going to bring out family and fans to cheer him on. On top of that, one would expect Wysocki will have some familiarity with the course which could help spell success when it comes time for the Tour Championship.

The track is still being finalized thanks to John Houck and the Charlotte Disc Golf Club. A special thanks to Mark Huether, Charolette club Director of Operations. As we make final adjustments to the course, Touring MPO and FPO players are slotted to give their final stamp of approval. Be watching for an official course layout announcement by sometime next week. Get ready to watch the 2019 Disc Golf Pro Tour Championship October 18-20th in Charlotte, NC at the Hornets Nest Disc Golf Course.