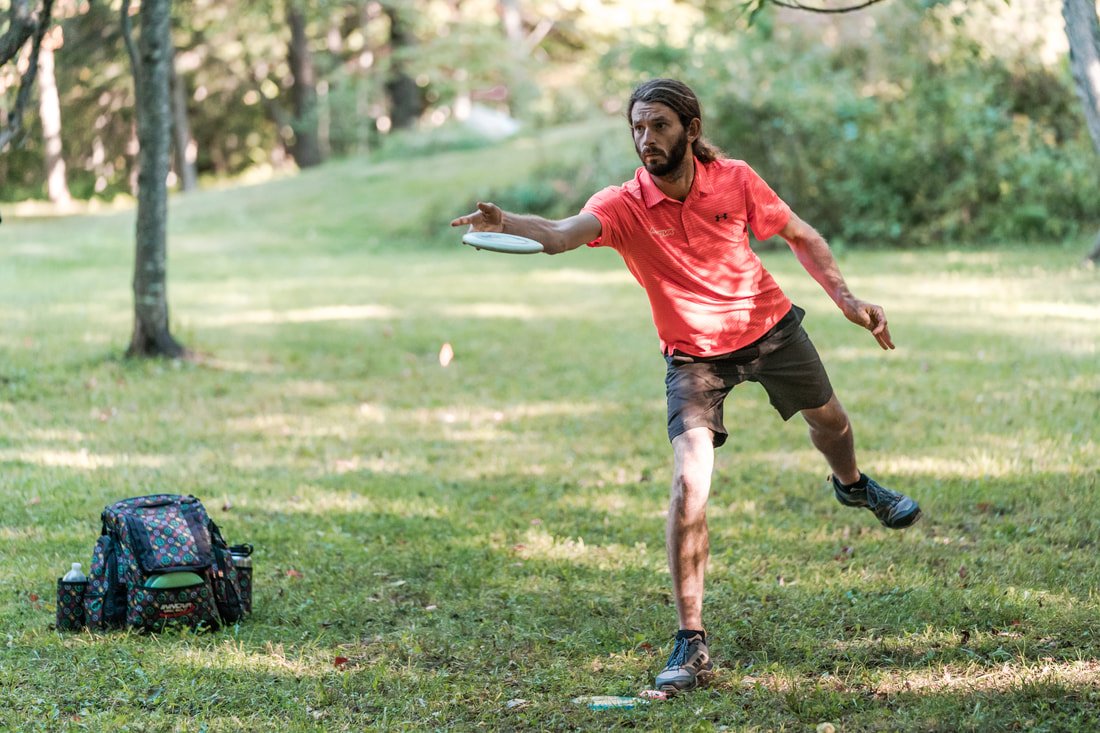 2019 DGPT Championship Preview: Can the US Champ become Tour Champ?

James Conrad is no stranger to making final round lead cards. When he plays in October at Tour Championship, all he will need is to advance through the semifinals round to find himself there again. While James finished sixth in Tour Standings this season, his most notable finish comes this past week with his first Major victory at the United States Disc Golf Championship. When James makes his way 45 minutes north of Rock Hill to Hornets Nest, he will have the opportunity to be the first player to win both the USDGC and the Tour Championship in the same year.

After winning the USDGC, James noted that he began touring full time in June of 2016. In 2016 James played every Pro Tour event and finished 6th in Pro Tour standings. He would fail to make it out of semifinals, though. In 2017 James finished 5th in Pro Tour standings thanks to his first Pro Tour victory at Idlewild. He would advance past the semifinals and would end up taking 4th place at the Tour Championship. In 2018 James would finish 3rd in Tour Points, only finishing outside of the top ten at three events. He would yet again not be able to advance past the semifinals round. This year he will look to change that and proceed to the finals round in Charlotte.

What can the stats tell us?
James’s best stat on the Pro Tour is birdie percentage, where he finished 12th on the season. Outside of this stat, you have to go pretty far down the stat sheet to find a bright spot. Much like our other successful players, his second and third best stats are C1 and C2 in regulation. He finished 17th and 20th, respectively.

To get a better look at where James can be successful, we need to look at his tournaments played this season. James finished T6th at Waco and outright 6th place at MVP. Two of the more wooded courses with a top ten performance will bode well for James. His best finish, 2nd at Idlewild, only helps bolster his possibilities for a Tour Championship final round appearance. Many already know of James’s ability in the woods, but let’s take a more in-depth look now at how he will stack up in the woods.

Can a wooded course spell success for Conrad?
Hornet’s Nest is considered by many to be a fair but challenging wooded course. The last time James played a rated round in Charlotte was Pro Worlds in 2012, his only Pro event of the year, and he finished 42nd. While James is from just north in Virginia, he very rarely made the trip down to North Carolina to compete. That being said, the courses in Virginia are similar to that of Hornet’s Nest, so we can expect James to feel right at home in Charlotte. Look for plenty of putter drives from Conrad as he seeks to carve up the Hornet’s Nest course and hopefully advance from the semifinals to the finals round at the 2019 Tour Championship.

As we look forward to October 18-20th for the Tour Championship, we cannot thank John Houck and Mark Huether of the Charlotte Disc Golf Club enough for helping put together a Championship level course at Hornet’s Nest. We are excited to see the best in the game compete for top honors in less than two weeks. Make plans to watch live or in person as we look to crown the Champions for year four of the Disc Golf Pro Tour.