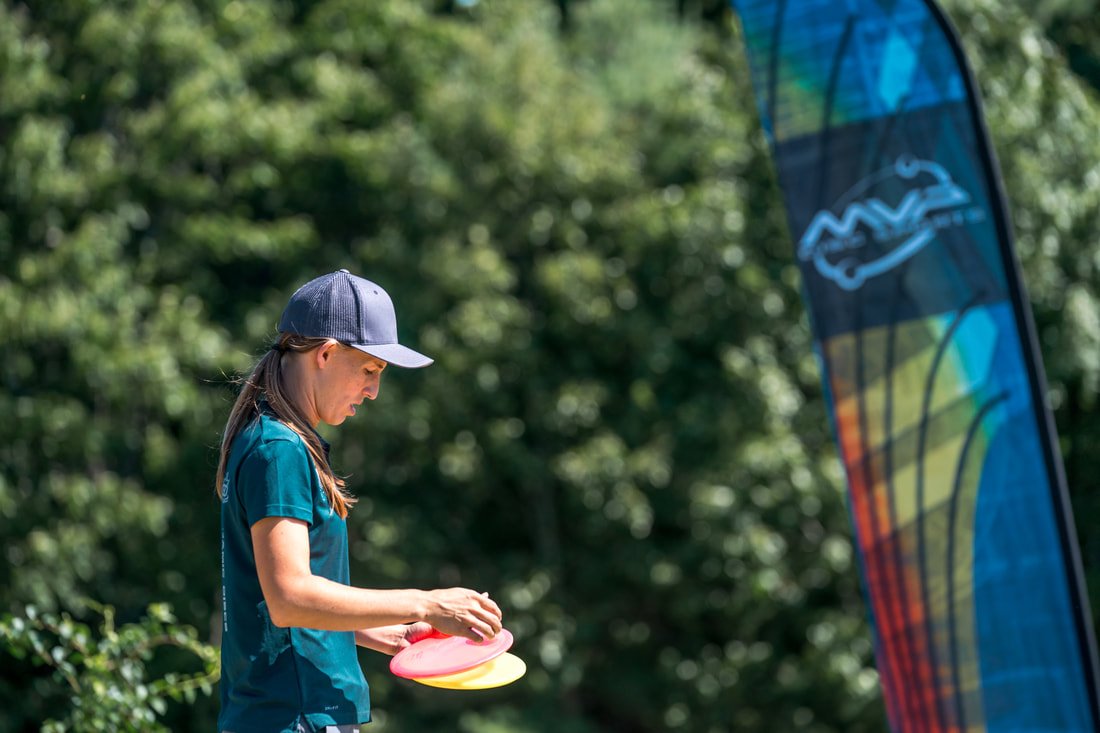 This season, Paige Pierce had a “slow start.” However, by Jonesboro, she was ramping things up and righting the ship. For Pierce, a slow start was a second and a third place finish at the first two Pro Tour stops. She would then go on a dominant run taking second only at San Francisco until the final event of the season, the Green Mountain Championship. Pierce is clearly in the driver’s seat at this point in the season and will use her competition at USDGC and The Hall of Fame Classic to ramp up into the Tour Championship. ​

In 2017 just like Ricky Wysocki , Paige Pierce was able to unite the crowns, winning both the Points Standings and the Tour Championship. Unlike Paul and Ricky, Paige did not make the finals showcase at Hornets in the 2012 Pro Worlds. Meaning, Pierce will be taking a different look at the course compared to Catrina Allen and Sarah Hokom, who were both in the finals in 2012.

Looking back at her previous Tour Championship performances, in 2016 Pierce lost by four throws to Catrina Allen. In 2017 she won by six throws, and in 2018 she dropped in semifinals being two throws off the hot round and one throw out of advancing. Following the FPO division at the Tour Championship, last year’s semifinals performance was the closest we have seen since the Tours’ inception. The stiff competition will be returning in 2019, albeit on a different track.

Can Pierce Clean up Lingering Stats?
Pierce was able to overcome her slow start to the season relatively easy. Looking at her Pro Tour Stats sheet, she finished first or second in all but three stats. All three statistics where Pierce struggled could spell trouble at the Hornets track. First, she finished 8th in scramble rate. With the wooded Hornets course, an ability to scramble will be crucial. Next, she finished 17th in C1x putting. C1x putting is a vital stat for any competitor, and there will not be 17 players in the field at the Tour Championship. If Pierce struggles inside C1 like she has this season it will create a steep path to the title of Tour Champion. Finally, Pierce finished 21st in OB rate for the regular season. Pierce has commented about her OB woes throughout the season so expect her to try and avoid the OB that will exist at the Tour Championship to put herself at the top of the podium on Sunday, October 20th.

Can Pierce Succeed on a Wooded Track?
While there are some open holes on the Hornets Nest course, traditionally Hornets is viewed as a wooded track. Given Pierce’s struggles at Waco and more recently at Brewster’s Ridge playing on a wooded course brings some questions as to Pierce’s path to victory. However, Pierce is no stranger to playing in the woods. She found success at Idlewild this year, and on the National Tour at the Beaver State Fling. For Pierce to succeed at Hornets, she will need to stay in the fairway and avoid scrambling (or clean up her scramble rate).

We are excited to see the course come together and feature one of Charlotte Disc Golf’s premier spectator courses. We are excited about the course changes put forth by John Houck and are incredibly thankful for Mark Huether and the Charlotte Disc Golf Club for helping to implement them. Keep following along with all of our player previews leading into the Tour Championship, and we look forward to announcing the finalized course layout soon!

If you have not already, make plans to either watch the Tour Championship live or spectate in person October 18-20th. It’s going to be an event you will not want to miss!