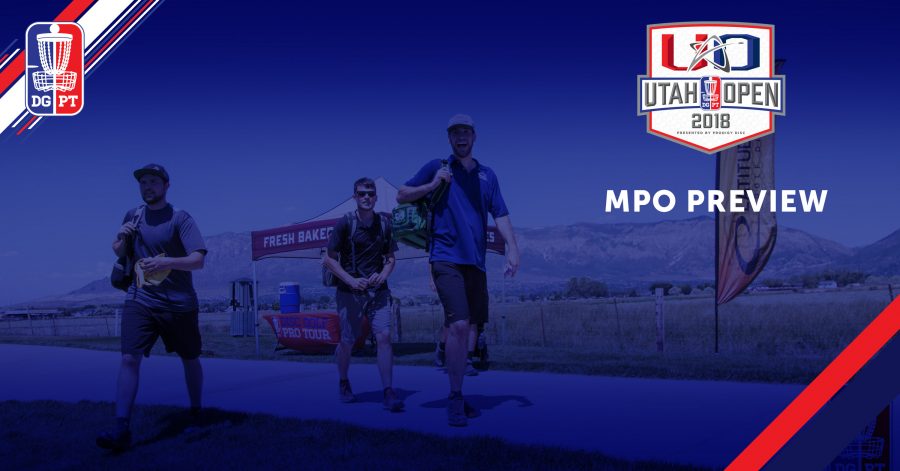 OGDEN, UT– The Field of Dreams. That’s what you could call Mulligans Creekside DGC for Ricky Wysocki. The 2-time World Champion put on an absolute show last year ​
in the Beehive State, finishing the final round in dramatic fashion with a walk-off ace to win. His impressive -26 finish moved him up in tour rankings, further supporting him to claim his second world title last year. It’s fair to say that Wysocki is someone special. He seems to welcome the pressure that comes as a side dish to any PDGA National Tour or DGPT event. The 25-year old is giving the likes of Paul McBeth and Nate Doss a run for their money. Off the tee and on the green, Wysocki has more than proven himself. Last year, even putting sensation Josh Anthon could not keep pace with the  Ft. Mill, South Carolina local. Both competitors left 18’s green with -11 next to their names. Only Dana Vicich bested their efforts on the day, climbing up the order with a course record -12 (46 strokes) to finish third place. Wysocki is still making moves, coming off several wins and a strong 5th place showing at Beaver State Fling, a weekend that belonged to Eagle McMahon outright.
The course at Mulligans Creekside Golf Center is only a par-58 layout, but it has teeth all its own. As mentioned the event preview, the course is rife with out-of-bounds water, sand traps, and golf greens. Additionally, there are island holes, fast slopes next to the course’s seven total ponds, long water carries, and plenty of tweener par 3’s. The MPO field has its work cut out for them this weekend, and only one will walk away victorious.

FACE OF DETERMINATION: Bobby Musick looks on as teammate & reigning UO champ Ricky Wysocki tees off on hole 11. Tune in live for MPO coverage at 3 pm MT, 5 pm ET and see them compete for a spot on the lead card.

This time last year, Drew Gibson represented Dynamic Discs at the 2017 Utah Open and played extremely well from the start until the final round. Walking off the course with a -16 finish, he did fall a few places to finish in a tie for seventh. A handful of mistakes in the final round cost him a potential podium finish. This year, he is back with Innova Champion Discs, and he’s on the hunt for that elusive big win. When Gibson is in his element, he is all but unstoppable. To win this weekend, he will call on all his skills and mental stamina to keep on pace with the top runners.
BIG ARM, BIG ACCURACY: While Gibson is renowned for his distance capabilities, he is equally skilled in landing the trickiest of greens with technical, smooth upshots. His accurate placements this weekend will put him in contention for a win.
Eagle McMahon is on another level these days. Riding high after his third NT victory of the year (and his professional career), he is undoubtedly searching now for his first Disc Golf Pro Tour victory after finishing second at The Memorial and the San Francisco Open. Anyone who takes time to watch his tour vlogs knows that McMahon is evolving his game. A more mature, Sexton-like version of the Colorado native is emerging this year, and it is paying massive dividends. So far, it seems to be the Year of the Shield, and Eagle McMahon is doing his best to keep it that way.
Among the rest of the field, Paul McBeth is keen to apply all his hard work this weekend and grow his lead in the Pro Tour points. Colorado resident and mountain region star Joel Freeman is on the rise in the national tour scene, especially after his breakout performance at the Las Vegas Challenge, only finishing a few strokes shy of winner McMahon. While not making appearances on all major tour stops, Freeman has proven he possesses the skill-set to put together an exciting few rounds. After nearly taking the win at Jonesboro, Garrett Gurthie is primed to fire his cannon of an arm this weekend on the long, challenging Mulligans track. Jeremy Koling, who won it all in 2016, will see if he can return to his winning ways this weekend. Koling is sixth in tour points standings thanks to a strong win at the Waco Annual Charity Open.
Catch live MPO coverage with us at 5 pm ET, 3 pm MT . Teeing off on the feature card is defending champion Wysocki, tour points leader McBeth, event pick Bobby Musick, and fan vote winner Colten Montgomery. Keep up with live scoring by downloading the UDisc app and adding a pro subscription. This is a weekend not to be missed! As always, stay here for tour updates, tournament news, and player standings.