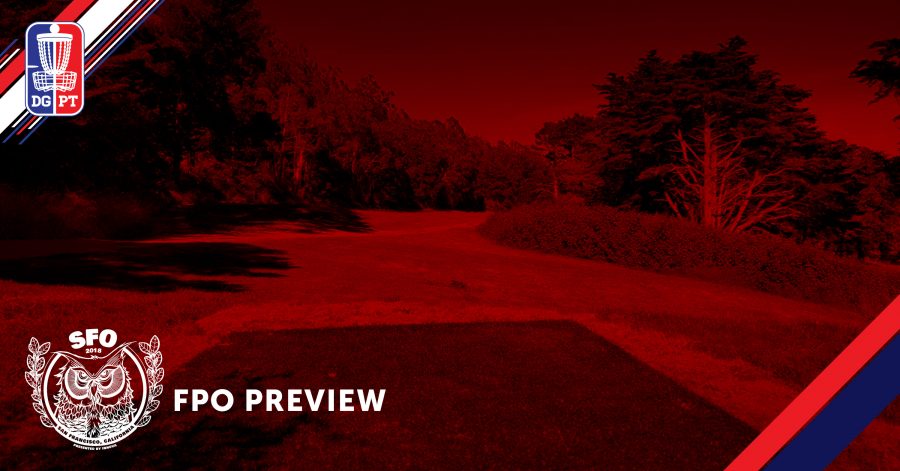 2018 San Francisco Open: Highlighting the Women of the Sport

SAN FRANCISCO– Following her win at the Masters Cup, not even Paige Pierce herself knew just how to express the way she was feeling. “Yeah, it’s crazy,” remarked Pierce
after her 1003-rated -4 round at Delaveaga Golf Course in Santa Cruz over the weekend. She put together a clean final round, making 88% of her Circle 1 putts, resulting in six birdies on the day. Managing an impressive 89% scramble, she maintained her low score throughout the final 18. By the day’s end, Pierce earned herself a celebratory trip to the Santa Cruz Beach Boardwalk after taking the win by a whopping 12 throws.
The double-digit victory was not her first of the season. In early April at the Jonesboro Open, she was able to separate herself from the rest of the field relatively easily, shooting a lights-out -12 in the first round of competition. Through the morning chill and spring snow of round two, no one could match her efforts as the whole FPO field slipped and slid about in the less-than-ideal conditions. By the end of the final round, Pierce maintained her healthy gap of ten throws to the remainder of the field for the huge win. Perhaps all that kombucha is giving her the edge she needs, but she is not the only one putting in work.

SHE’S GOING THE DISTANCE: Paige Pierce lines up a tee shot with her Lucid Felon, a disc that will undoubtedly serve her well this weekend in the breezy conditions at SFO.
In the hunt for her first tour win of 2018, Catrina Allen is not giving in, despite the challenges she has faced so far this season. Allen clawed her way back to a second place finish at the Masters Cup last weekend after struggling for rhythm on the infamous Delaveaga DGC. The golf course layout played to her strengths as she completed a commendable +2, making 84% of Circle 1 putts. Her scramble rate suffered though, as she was only able to successfully convert on 50% of her total attempts. The effort was just good enough for second place, narrowly overtaking Lisa Fajkus for the spot by a single throw.
This weekend at the 2018 San Francisco Open, the layout of Gleneagles Golf Course will play in a similar style to Delaveaga, with wider fairways and greens situated just off the second cut. This type of course suits Allen’s game very well, and it could be all hers this weekend. Allen knows she has all the skills and experience of a champion, expect her to be on maximum attack throughout the event

DRIVEN TO WIN: Catrina Allen has all the components she needs for her first tour win of 2018 this weekend. Can she put it all together and dethrone the undefeated Pierce?
Further down the order, there are several contenders looking to make their mark this weekend. Valarie Jenkins is eager to make a comeback after an unfortunate rules violation on the part of her caddy at the Masters Cup disqualified her at the end of round two. Her experience is well-respected and she will rely on that to play cleanly. Lisa Fajkus is enjoying pure consistency this season, finishing in the top five at the last 10 events she has played. She only lost second by a single throw last weekend and will be looking to capitalize on her strength on the putting green. Sarah Hokom is known for her signature forehand, gracefully shaping flex shots down the fairway. Her performance this season indicates that she is a strong competitor and can certainly handle the pressure from all the attention the lead card warrants. Jessica Weese will be looking to regain some of her early-season form after finishing second at The Memorial and locking up a handful of wins, as well as a fourth-place showing at the Glass Blown Open last month. Madison Walker had a strong showing at Jonesboro, tying Jennifer Allen for second place for the weekend. Playing cleanly and avoiding OB will help her yield similar results on the fourth stop of the Pro Tour. Up-and-comer Kona Panis has made a name for herself so far in 2018, not only through her growing social media presence but also through a display of raw power and mental toughness on the course. Her signature tour series Shryke and Destroyer will be optimal disc selections this weekend with Gleneagles’ long fairways.
The women will play an adjusted par-66, 9,044 ft. layout for the SFO, but despite the adjustment from the MPO version, it is still a marathon. They will play eight different tees than the men but those will remain the same par. Four of the holes will be have adjusted pars, resulting in an increased total par for the women’s course. The remaining six holes will be played the same throughout both fields. All OB is the same, and no pin placements will be changed during the event.

Hole 1 at Gleneagles DGC is a 668-ft par 4 for both MPO and FPO. The fairway gently turns to the right and plays with a left-to-right slope the entire way. OB surrounds both sides, and the green is placed on a downslope. Photo: Disc Golf Course Review
For the first time, all FPO cards will be filmed this weekend. A total of 21 women are competing at this event, and volunteers are needed to help with video . At the end of the event, there will be an all-FPO highlight reel designed to showcase the entire FPO field in an effort to draw more women to the sport of disc golf.
You can catch shot-by-shot coverage of FPO action at 1 pm Pacific, 4 pm Eastern every day of the tournament. Teeing off on the feature card will be Paige Pierce, Sarah Hokom, Valarie Jenkins, and fan vote winner Madison Walker. Be sure to support the incredible women in the sport by tuning in this Friday!