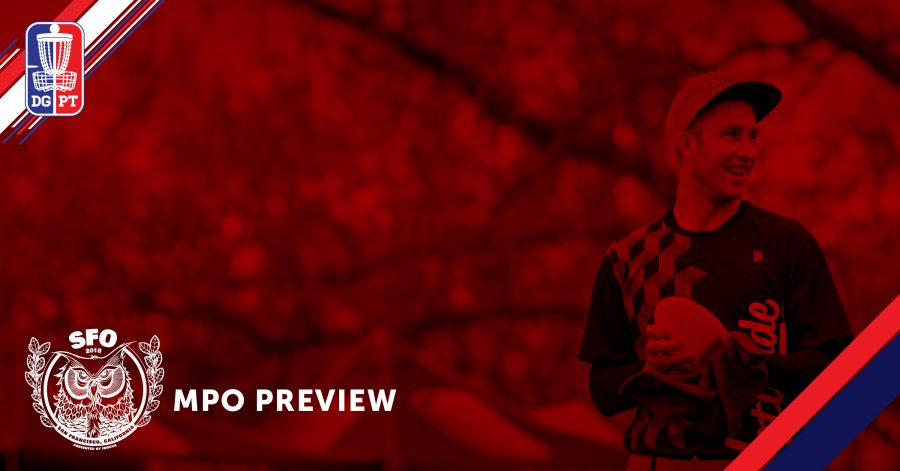 Welcome to the San Francisco Open! Anticipation has been building leading up to this week’s
Disc Golf Pro Tour stop: The 2018 San Francisco Open presented by Innova .
On a national scale, the Gleneagles Disc Golf Course is an unheard of venue. This rings true, not only for the spectators but the competitors as well.
The layout for our MPO field is 9,998 feet and includes a 1,118-foot par five on hole 10 and five par fours on holes one, five, eight, nine, and eighteen.
Most of the par three holes are between 350-425 feet, which should encourage low scores for the more competitive players. Even though most holes are in range for the MPO field, there are trees that scatter some of the fairways and there is sure to be some strict boundaries.
According to tournament director Sean Jack, we should not be surprised to see 10 under pars on the lead and chase cards after round one. He expects the hot round will come in around 12 under par.
One benefit of this event and venue is the calm conditions throughout the weekend. On Friday we can expect a temperature in the mid to high 50’s, around 60 degrees on Saturday, and finish with a wonderful mid 60’s day on Sunday.
There should not be much wind to worry about in the San Francisco area this weekend. Players should expect wind between 10-15 mph each day and some occasional gusting up to 20. However, German Pro Simon Lizotte says “if it gets windy out here [Gleneagles] it will be really difficult to shoot par.” Watch for the wind to potentially be a factor should it decide to show up.
The MPO Field According to UDisc , it looks like all the big names have come out for the next stop on the Disc Golf Pro Tour.
After a win at the Santa Cruz Masters Cup we can all expect Ricky Wysocki to have an impressive showing at the SFO. And after an incredible round three at the DeLaveaga Country Club , Paul McBeth should be eager to attack this golf course.
Because of the long attackable holes at Gleneagles it is a safe bet that aggressive players with big arms will find great success. Players like Drew Gibson , Garrett Gurthie and Simon Lizotte are all  licking their chops.
Players most likely to leave San Francisco with a win are those with both high percentage circle one putting and accurate drives. Since so many players are going to find themselves in circle one and two, the win will likely go to the player who is draining all their putts. A player like Eagle McMahon, who has been on fire this year, comes to mind. And let’s not forget Philo Brathwaite and his amazing putting, which he showed off during the final round of the Masters Cup.
It is clear, everyone should be excited about crowning the first champion of the San Francisco Open presented by Innova Discs. With a capable TD like Sean Jack, the support of the Disc Golf Pro Tour, and a wonderful venue, the San Francisco Open is primed to be a staple disc golf tournament.
The question is, at the end of the weekend, who will look to return next year as defending champion?