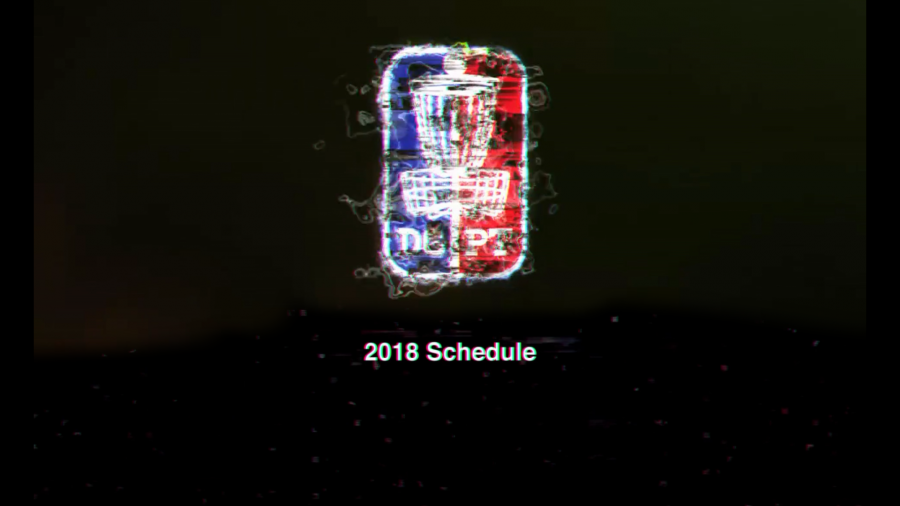 Scheduling a tour is no small feat. Scheduling it while working with two other groups makes it even tougher. Having said that, it has been a joy to work with ​
Andrew “Big Dog” Sweeton of the PDGA on the Pro Tour and National Tour schedules, making them work together as much as possible, and creating a geographically sensible tour. Thank you Andrew and the PDGA for helping to make this process as pain free as possible. We look forward to many more fruitful outcomes.
The Disc Golf Pro Tour is proud to announce our slate of fantastic venues for 2018. We again start the season at The Memorial Championship presented by Discraft. It has been the unofficial start to the disc golf season for decades and we are proud to have Keith and Dan kick off the tour with our first stop.

We then travel to Waco, TX and Jonesboro, AR for a couple of up and coming events and venues. The Waco Charity Open has been around for over 20 years and knocked it out the park last year. The Brazos Park course which meanders along the riverfront, challenges both distance and accuracy in the open nine holes as well as accuracy and accuracy in the tight woods. We then return to the Jonesboro Open where Brad Pietz has built Disc Side of Heaven. This course is a unique venue to the tour with its big distance, huge elevation changes, and some fiendish prevailing winds. It will be exciting to see how the players tackle Disc Side in year two.
After a small break, we start up the West Coast swing with the San Francisco Open. This is one of the disc golf meccas of the West Coast and TD Sean Jack is ready to thrill us with the inaugural SF Open. His ties to the community as well as the disc golf community promise to make this a stop no one will want to miss. This is one stop that I am especially excited to see.

The Utah Open is our stop on the way back from the West Coast. Last year Jade Sewell’s course gave us one of the most intense battles we saw all year. With danger on every drive, this relatively short course (by Pro Tour standards) required great shot selection. At one point in the final round there were five players within one stroke of each other. In Utah, come to win. Unless Ricky hits another Walk Off Ace , it’s anyone’s ballgame.
We then travel to the MidWest for a trifecta of events: Discraft’s Great Lakes Open, Idlewild Open, Ledgestone Open. DGLO is one of our sport’s most storied events. After 35 years it has been one of the most revered events (6x NT). It will be fun learning the answer to the trivia question: Who has the most DGLO titles. In 2018, a new chapter in DGLO history begins as the Pro Tour comes to The Toboggan.

The second MidWest stop is Idlewild. The course was one of the most revered on tour. What DGLO has for event history. Idlewild has for course history, and it showed in the inaugural event, which was also James Conrad’s first Pro Tour victory with a clutch 300′ shot out of the hole 18 tunnel to secure the win over Paul McBeth. Ledgestone finishes off this MidWest trio. The richest event in disc golf. The beautiful and daunting Lake Eureka course. Tens of thousands of dollars raised for St Jude. This is a great event that has the best players in the world looking to pad their pocket books and take home one of the most coveted titles in our sport.

Finally, with Smugglers’ Notch hosting Pro Worlds next year, the Vibram Open will be our final event of the 2018 regular season. The course. My family. I promise not to cry this year and yes, I’m typing with crossed fingers. This will be a great capstone to what promises to be another breakout season for disc golf.
The Tour Championship date and location will be announced in early 2018. We’ve got to keep it interesting! We would love to know what you think of the 2018 schedule and what courses, events, and towns we should come visit in 2019.
​