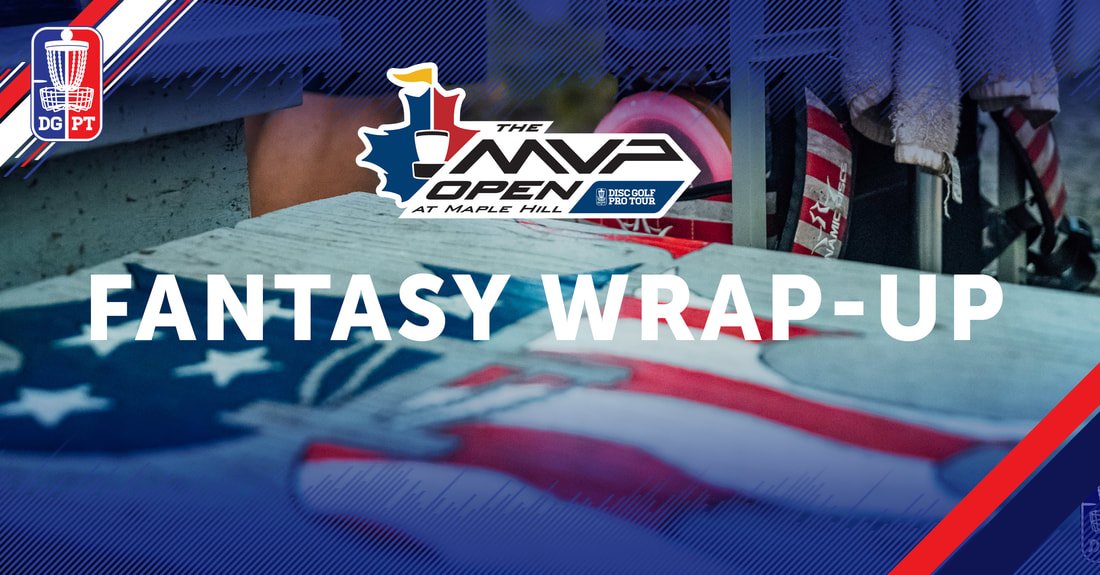 The final Pro Tour event of the 2018 regular season is in the books, and we have our last set of fantasy winners to congratulate.

In our free league, the points were flowing as the winner for the week eclipsed 1200 points scoring 1208 with picks of Nate Sexton, James Conrad, Simon Lizotte, and Gregg Barsby and Sarah Hokom and Rebecca Cox in FPO. He will be taking home an Upper Park Draw String bag for his picks.

Coming in second in the free league was Mikko Tähtinen. Mikko chose Paul McBeth, Eagle McMahon, Simon Lizotte, and Gregg Barsby on the MPO side and Paige Bjerkaas and Rebecca Cox in FPO. These picks netted Mikko a second place finish with 1176 total points. We will be reaching out to Mikko to see how we can get a prize overseas to him.

In the middle of our top five, third place had 1157 points. Timothy Johnfroe chose Ricky Wysocki, Simon Lizotte, Eric Oakley, Gregg Barsby, Sarah Hokom, and Paige Bjerkaas to get those points. He will be bringing home a DGPT disc of our choice here in the next few days.

Jay Bright was only three points behind in fourth place. He chose Paige Bjerkaas and Sarah Hokom in the FPO division and combined those picks with Ricky Wysocki, Michael Johansen, Grady Shue, and Gregg Barsby to get to his 1154 finish and bring home a pair of DGPT socks.

Rounding out the top five was Aleem. Aleem chose Sarah Hokom and Paige Bjerkaas as well for FPO and coupled them with Ricky Wysocki, James Conrad, Drew Gibson, and A. J. Risley to bring home a DGPT Silipint.

In first place in the Patreon league was Juho. Juho was excited to bring home a Grip B Series bag after his choices of Paul McBeth, Ricky Wysocki, James Conrad, Kevin Jones, Paige Bjerkaas, and Rebecca Cox combined to give him 1154 points for the final stop of the season.

In second place Ryan Pilcher won while taking negative points for Jessica Weese but gaining positive points for Paige Bjerkaas, Eagle McMahon, Simon Lizotte, James Conrad, and Gregg Barsby. Ryan has won a few times this season and is closing out a high note with the second place finish.

In third place, Andrew Young chose Rebecca Cox, Paige Bjerkaas, Nate Sexton, Paul McBeth, Eagle McMahon, and Garrett Gurthie (who netted him zero points due to his finish) and will be going home with a free KEEN shoe card.

In fourth place was Ben Cockrel. Ben also netted -5 for choosing Jessica Weese but gained back some points with his Paige Bjerkaas pick. James Conrad, Kevin Jones, Simon Lizotte, and Ricky Wysocki round out Ben’s picks, and he will be going home with a Grip C Series bag with his 934 point showing.

Finally, the fifth place spot in the Patreon league went to Sam Martinson. Sam chose Sarah Hokom and Jessica Weese alongside Nate Sexton, A. J. Risley, Zach Melton, and Simon Lizotte to round out his picks for the season and netted 906 points.