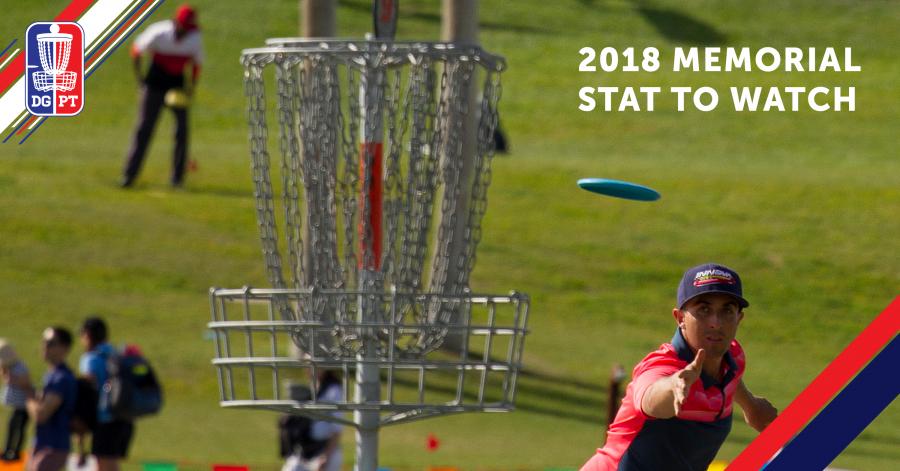 “Drive for show, putt for dough.” Stick around disc golf long enough and this mantra will turn into a tired cliche. While this may be true, they should also add that
putting for birdie usually gives you a better chance at winning than putting for par. No one knows this better than five-time Memorial champion, Paul McBeth. During his Arizona reign of dominance, McBeth has done both: get the disc close to the basket and then capitalize on his birdie putts.
The 2017 iteration of the Memorial was no different. McBeth placed an impressive 85% of his putts within Circle 2 in regulation, giving himself a birdie putt on all but 11 holes of the four round tournament. Even more impressive, Paul place 64% of his drives within Circle 1 in regulation, a mark that led the tournament field. But, as those cliche sayers will tell you, unless you knock down those putts to convert those good drives into birdies, they just become “shoulda, wouldas, couldas.” McBeth, though, had no problem converting his tee shots into under-par performances. The four-time World Champion hit 91% of his putts in Circle 1 and added an additional four out of seventeen Circle 2 putts to his total. McBeth’s 2017 Memorial putting performance was good enough for him to score a birdie on 45 of the 72 holes (63%) which led the field and allowed him to shoot 40-under par for the event and walk away as champion.

However, in life, and in disc golf, it is all about what have you done for me lately. Although the 2018 professional disc golf season is in its infancy, it is obvious that McBeth hasn’t quite yet found his winning putt stroke. In last weekend’s PDGA National Tour event, the Las Vegas Challenge, McBeth’s driving seemed to be okay, ranking 8th and 10th in Circle 1 and Circle 2 in regulation, respectively. The killer for McBeth? His putter. Yes, it was windy throughout the event but Paul was only able to knock down 86% of his Circle 1 putts and 13% of his Circle 2 putts, percentages that ranked him 66th and 74th in the field for those categories. During the 2017 Disc Golf Pro Tour season, McBeth hit 94.3% of his Circle 1 putts, a mark that ranked him second on tour, behind only five-time World Putting Champion, Jay “Yeti” Reading. There will only be two days from the end of the Las Vegas Challenge to the Memorial Championship presented by Discraft. Can McBeth find his putting stroke in time in order to become a six-time Memorial champion or will someone else walk away this year’s trophy? Tune in to the Memorial Championship presented by Discraft starting at 4pm ET on Wednesday, February 28 to find out.