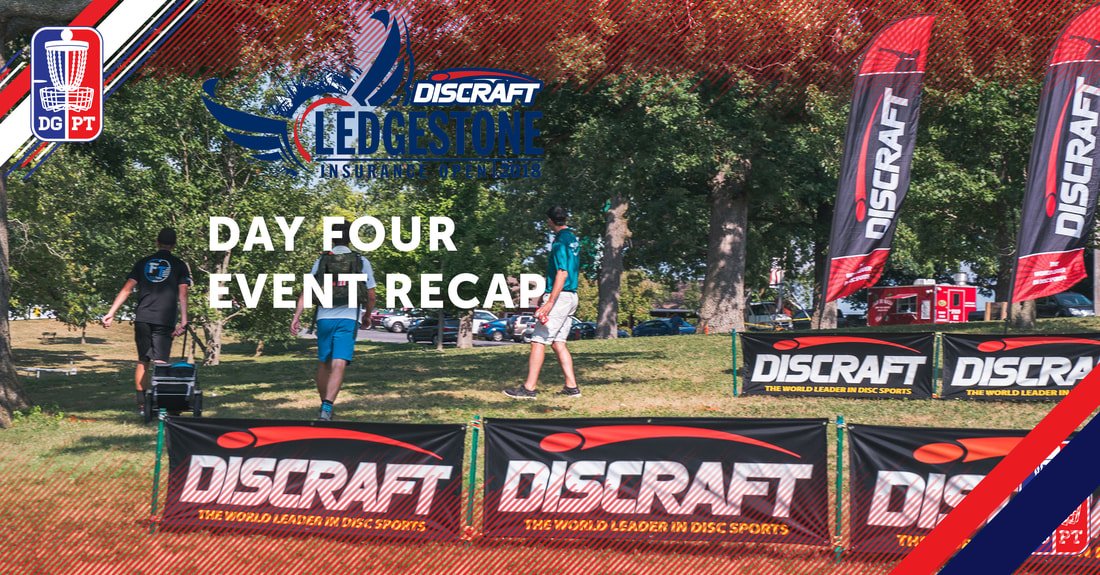 ​We made it, four days, four rounds, and the 2018 Discraft Ledgestone Insurance Open Champions have been crowned. After long seasons of close to glory finishes Jessica Weese and Nate Sexton have walked away with huge wins. We’ll get you the quick recap here but make sure to watch and read everything because there isn’t a single moment free of drama. Let’s talk some disc golf!

Jessica Weese started the day in first and all but held it till the end. A couple stumbles early left the door open for Sarah Hokom who capitalized on them during the front nine. The Back nine saw the tides flip as Weese methodically took back the lead and extended it almost to the four gap cushion she started the day with. Further down the leader board there was some jostling as Paige Pierce, Catrina Allen, and Lisa Fajkus all moved up, while Paige Bjerkaas fell one spot to third. The hot round of the day though will go to Sarah Hokom at 7 under par. Read our full coverage of the FPO division here , until then check out the skills that Weese put to work all weekend in this birdie from round 2:

Hole 5: How to get a birdie as displayed by @discprincess during round two of the Ledgestone Insurance Open presented by @discraftdiscgolf

​Before we jump in to the MPO summary let’s just start here because this Instagram clip pretty much gives you a sense of what the battle looked like:

Hole 15: @frisbeenate and @cdick1322 are now tied for the lead. Tune in now to watch the final round coverage (link in bio).

On the MPO side, I’m honestly a bit speechless. Honestly, read our full recap here or just go watch the live coverage on replay if you missed it. I’ll do my best to summarize for you quickly though. Nate Sexton, steady as ever, shot the only round with a 100% scramble – that means not a bogey on his row of the card. A.J. Risley, who seemed poised for his first big victory of his career waffled pretty hard on the front. Were it not for is quintuple bogey snowman on hole 9 he would have had a chance to be a part of the battle at the end. Instead, that battle was reserved for Nate Sexton and Chris Dickerson who kept it fierce to the bitter end. Dickerson was only one back on the 18th tee, but an absolutely absurd roll-away cost him the chance to put the pressure on Nate to make his circle’s edge putt when it rolled the entire diameter of Circle 1 to the figuratively icy waters of Lake Eureka. Cameron Colglazier showed up today, leaping from the third card to third place with an 11 under but Drew Gibson had to outdo him with his hot round for the weekend of 12 under par.

Well, that was a whirlwind of an event. Four rounds and more players with their share of the lead at any given point than is easy to count. Say what you will about the tight OBs, or the baskets too close to the lake but Ledgestone promises two things – money and drama – and in true fashion it delivered today. We’re headed to New England now for the MVP Open at the legendary Maple Hill DGC in Leicester, MA. If you’re in the area, do yourself a favor and make the trip, you won’t regret it.