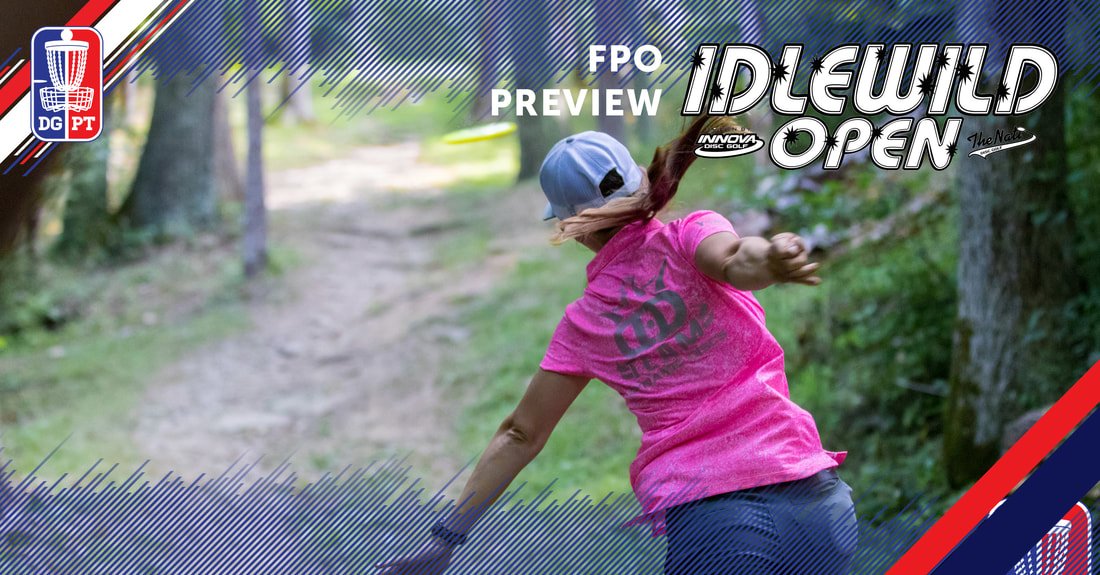 ​BURLINGTON, KY– There are only 53 points of margin among the top four female contenders for this year’s Disc Golf Pro Tour Championship. In a season where Paige Pierce dominated from the out, that storyline had all but faded as Catrina Allen, Sarah Hokom, and Jessica Weese have risen to the occasion and put up some incredible finishes in the past few events.
​While Paige Pierce did not participate in the Utah Open nor the Great Lakes Open, her string of wins at the beginning of the season has helped maintain her current second-place standing.

Sarah Hokom has emerged as of late as the leader in the standings due to her wins at San Francisco and the Great Lakes Open. She was not without a strong start to the season though, finishing in the top six at all previous events. Idlewild’s winding, wooded fairways welcome well-executed forehand shots so she could be dangerous out there this weekend.

​SHAPER OF SHOTS: Sarah Hokom is capitalizing in the summer stretch of the tour. Tune in this weekend to see her push to extend her lead.

Catrina Allen proved herself and then some at this year’s Utah Open. Off the tee and on the green, she stayed consistent and displayed that immense power she possesses. Returning from a strong third-place showing at the Konopiste Open in the Czech Republic, she’ll be keen to secure similar results in the dense woods of Kentucky.

LINE IT UP, FOLLOW THROUGH: Catrina Allen has shaken off the inconsistencies of the early season and is now fully dialed in as the number of DGPT events quickly wane.

Making a late charge down the order is Paige Bjerkaas, only participating in the last three events, but finishing second at two of them. She is tied for ninth position in the points standings with Kona Panis and will be eager to make her mark on this season as it winds down after the summer. Up-and-coming Rebecca Cox is just ahead of Bjerkaas and Panis in the standings, thanks to a handful of top-10 finishes. Lisa Fajkus holds the top spot in the qualified women’s standings, but she will not return to the Pro Tour until Ledgestone so there could be a significant shake-up in the standings come Sunday evening.

For the most part, this course plays the same for the women as it does the men. There are a few noteworthy alterations for the FPO field. Hole 3 plays along the lake and was a 500-ft par 4 in years past. This year it has been shortened and made a par 3 for both fields. The women will play a shorter tee for this hole. Hole 5 is still a par 4 this year for the men, but the women will play a 426-ft par 3 on this particular fairway. Water is in play regardless, so an accurate tee shot is necessary to keep the score low. The first half of the course features wider fairways than the back 9, so a variety of shots will be needed for anyone to succeed this weekend. Look for Pierce and Allen to shine early in the round with their power hyzers, and for Hokom and Weese to shape accurate forehands through the woods later in the day.

Friday at 2pm EST, live coverage will kick off with a recap of the FPO action before the MPO feature card tees off. The women’s feature card will include Paige Pierce, last year’s winner, Sarah Hokom, tour points leader, Rebecca Cox, event pick, and the fan vote winner. Stay with the Disc Golf Pro Tour all weekend and support our women of the sport!