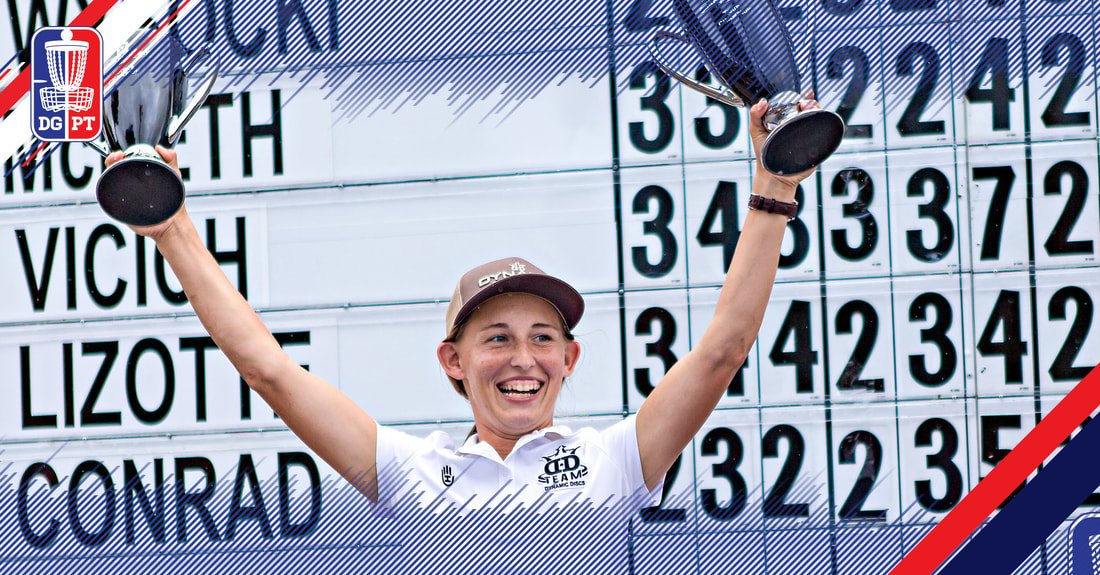 2018 DGPT Championship Preview: Will Pierce Return to the Top of the Podium?

Pierce started the season with a hot hand. She won three Pro Tour events in a row and looked unstoppable. We were one-third of the way through the 2018 season, and Peirce had dominated at nearly every stat in the book, except circle one putting. At The Memorial Peirce’s dominance was not in question as she won the event by nine throws. Pierce followed up her dominant performance at WACO where she had a roller coaster final few holes to fend off a charging Sarah Hokom for the victory. Then at Jonesboro Peirce returned to her dominating play starting the event with a seven throw lead on the field after round one and not looking back.

It was the fourth event of the Pro Tour in San Francisco where we saw the wheels begin to come off. Peirce’s putting woes coupled with scrambling issues made it tough for her to hold off Sarah Hokom who was riding an ESPN ace from day two of the event.

Due to Pierce’s European travel schedule, she would miss Utah and Great Lakes Open meaning those would be her two drops for the season. Pierce would return to competition at Idlewild where she not only had to fight the elements, but also a charging FPO field that had found success in her missing two events during the heart of the season.

At Idlewild, Pierce finished round one with a one throw lead, she added another throw after round two, and then was able to settle in and win the event handily over her tour points competitor Sarah Hokom.  The tour would then turn to Ledgestone, one tournament on the tour that she has never won. It was not in the cards for her to win Ledgestone this year either, Pierce would finish 5th at the event, ceding more points to Sarah Hokom who finished 2nd on the weekend. Going into the final event of the season, Pierce only needed to not lose to Sarah Hokom by three or more spots to secure a tour points title. Alas, Sarah finished in first, and Pierce finished in sixth. The difference provided Sarah with 20 points more than she needed to secure the points title.

There is no question that Paige Pierce is a dominant force in the FPO field. However, down the stretch this season Pierce’s putting struggles coupled with Sarah Hokom’s consistent performance has put into question the possibility of Peirce’s return to the top of the podium at the 2018 Tour Championship.

What to watch for from Pierce during the semifinals?

For Pierce to return to dominance in the FPO field, she will need to execute flawlessly off the tee. Pierce’s accuracy off the tee has been her strong suit from the beginning, and if she can place herself in scoring position off her drives, she will have a shot at playing the championship round on Sunday.

While there will be little time between the Hall of Fame Championship and the DGPT Tour Championship if Paige Pierce can find her putting stroke between now and the end of the season she will be hard to beat. While it is easy to question whether or not Pierce will be at the top of the podium, she is never in a position to be counted out.

Paige was able to pull off the win at the 2017 Tour Championship and will look to do the same when the Championship begins October 18th. Since Paige has a bye to the semifinals , her play will start at 2 PM ET on October 19th. She will be joined on the card by Jessica Weese and the highest and lowest ranked of the FPO players who advance to the semifinals. Tell your friends and make sure to tune in!