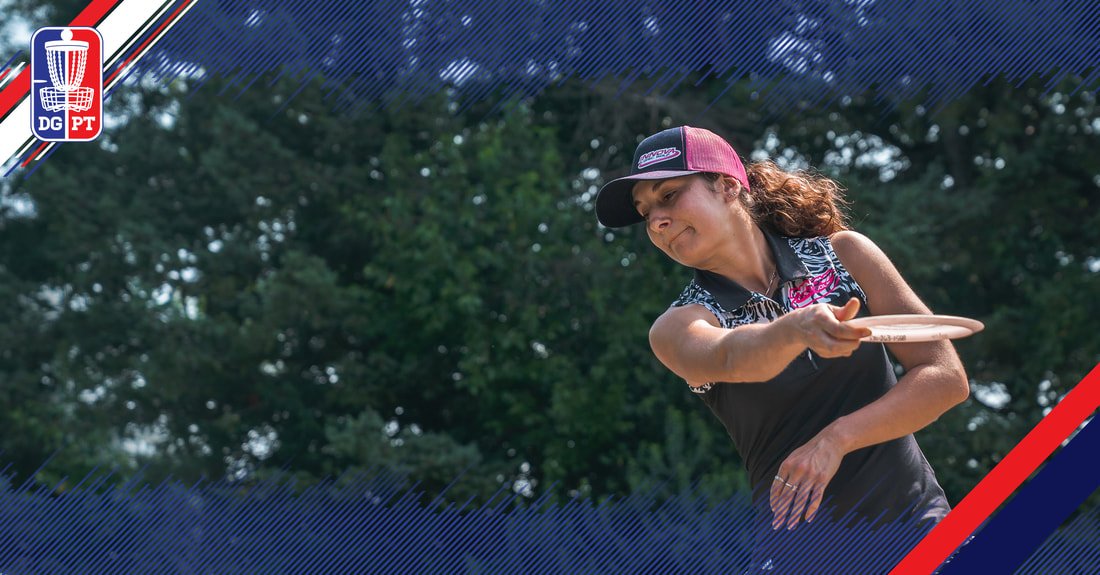 ​In 2017 Jessica Weese joined the Disc Golf Pro Tour and played every event except for Waco and Nick Hyde. Her dedicated play in 2017 resulted in her earning a bye to the quarterfinals of the championship where she advanced to the semifinals round based on a tiebreaker.

In 2018 Jessica committed to touring full time, moving into a van and trailer and hitting the road back in February. Since starting her tour, Jessica has only taken off the weekend before Ledgestone (the weekend in between MVP and Worlds she played Mixed Doubles with tour partner Garrett Gurthie).

Playing disc golf almost every weekend can be tiring. However, Jessica has been able to use it to her advantage, beating out Catrina Allen to take the third place rank in season-long tour points. She was the only player to finish in the top four in tour points to play every Pro Tour event this season.

Jessica has played consistently all season, only missing cash at two tournaments that she played in, Jonesboro and Beaver State Fling. Consequently, Jonesboro and MVP were her two low point drops where she finished seventh and eleventh respectively.

Jessica started hot out of the gate on the Pro Tour taking second place at Memorial before finishing off the podium at the next few events. At Utah, Jessica worked to defend her title but ultimately finished in a tie for second. Jessica was able to pull off her first Pro Tour win of the season at Ledgestone this year, avoiding a playoff scenario like she encountered against Valarie Jenkins the year before. Across the season Jessica kept her head down and stayed focused on performing well while competing practically every weekend.

​Jessica’s strong suit this season has been her ability to hit circle one and circle two in regulation consistently. However, Jessica will end up competing against the person who leads both of those stats during the semifinals round. Due to her rank of third, Jessica will be paired up with Paige Pierce who finished second in tour points during her semifinals round and will compete against Paige and two other FPO players for a spot in the Championship round.

What to watch from Jessica during the semifinals?

Jessica will be looking to improve upon her play at the 2017 Pro Tour Championship where she struggled to score during the two days she competed. Jessica owned the 1st in fairway hits position last year, and she will be able to use that as a building block to improve her game this year.

Across her two rounds at New World last year Jessica struggled with her circle one putting . Out of the twelve competitors who competed at New World in the FPO division, Jessica finished eleventh. Jessica also had a hard time scrambling, finishing tenth in that category. If Jessica can improve these two stats, then it will be no surprise to see her make her first DGPT Tour Championship final round on October 21st.

Make sure you are ready to watch the FPO division take on the 2018 Disc Golf Pro Tour Championship presented by Prodigy October 19-21st. We will be broadcasting coverage each day on our YouTube channel so make sure you subscribe and get ready to watch!