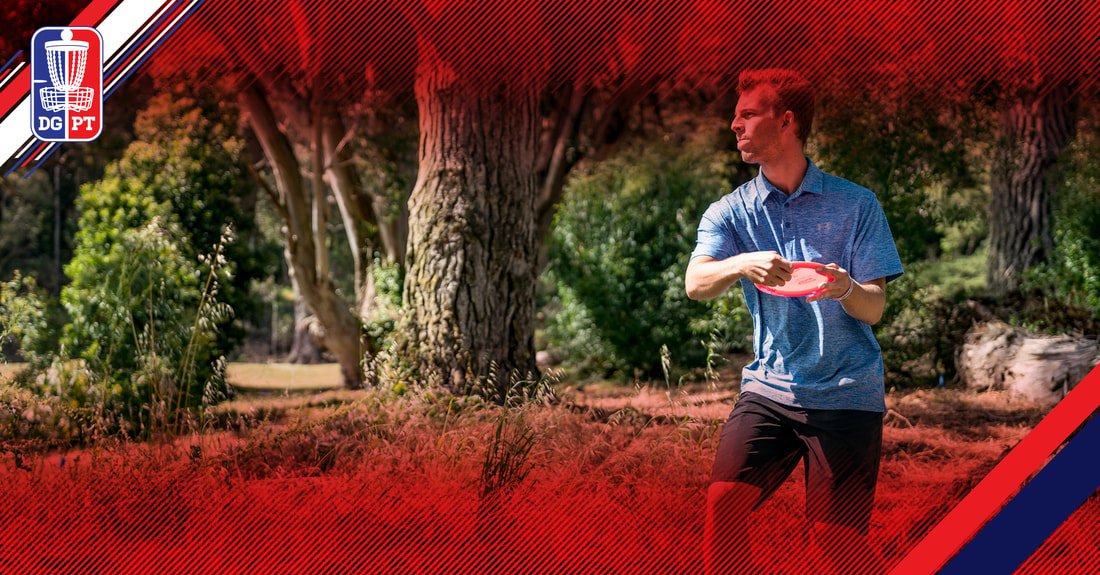 ​Over the next few weeks, we will be walking through the top eight men who have a bye to the 2018 Disc Golf Pro Tour Championship. We will take a look back at their season, what they did to make it into the top eight, and what it will take for them to win it all in Jacksonville.

We will start with Grady Shue. Grady started the season at the top of many lists. The PDGA listed him in their ” 8 to watch in 2018 ” article and Discmania heralded him as the name you needed to know in 2018 . It was clear, after being named the PDGA rookie of the year in 2017, it was Grady’s time to shine.

Grady started the season with touring plans, and tour he did. Missing only Jonesboro, Grady was able to put together a list of finishes that allowed him to secure the eighth-place spot in tour standings barely ten points above ninth-place finisher Drew Gibson. Grady has two key differences between him and the rest of the top eight finishers. Grady is the only player in the top eight to NOT be on a lead card during the Pro Tour regular season. Grady is also the only player to make it into the top eight by including points from an event where he finished outside the Top 50 .

If you were looking for a Cinderella story in the top eight, Grady should be pegged as the guy who left his shoe on the course leaving MVP.

Before we talk about Grady at MVP, let us go back to the start of the season and walk through each event to see how Grady made into the top eight in Pro Tour Standings.

At the Memorial Championship, it looked like Discmania players were going to dominate the season. Not only did Simon and Eagle finish one/two, but Grady was able to put together an impressive set of rounds that saw him finish in sixth place. Grady made his statement during day two of the tournament when he carded an -11 on the Vista Del Camino course. That was enough to move him onto the third card for the third day of the tournament. At Fountain Hills, he put together another solid round that moved him onto a chase card with the likes of Paul McBeth, Drew Gibson, and KJ Nybo. Grady stayed steady at Vista and held his sixth place position through the final day to bring home the best professional tour finish of his young career.

Grady would then proceed to struggle at WACO and ultimately have his one tour point earning 62nd place finish drop from his point total along with his Jonesboro Open absence. It was not until the end of May at the San Francisco Open that things began to trend up for Grady. Things looked rough after day one where he finished +4 after a rough day on the course. Grady turned it around during day two’s rough scoring conditions by carding a bogey-free -5. His bogey-free round was enough to move him from the nineteenth to the ninth card. Grady took advantage of better scoring conditions on the final day of the tournament to move up twenty-three spots to finish tied for thirteenth.

Across the mid-west section of the tour, Grady put together eighth and fifth place finishes at Utah and Great Lakes. These two top ten finishes helped keep him in the top eight throughout the middle of the season. Grady would take a respectable fourteenth finish at Idlewild before having one of the worst finishes of his career at the Ledgestone Open (102nd). However, Grady is not one to stay down for long. Grady used MVP to bookend his season with an even better finish than Memorial. Grady stormed back from the bottom of the chase card at MVP to finish in solo fourth place for the event, giving him the edge he needed to best Drew Gibson into the top eight in tour points for the 2018 season.

What should we be watching Grady for in October?

By the numbers, Grady’s strong point is driving inside Circle One during regulation. Grady is 20th at Disc Golf Pro Tour events in this statistic. The rest of Grady’s strong stats are in the driving area. Since the Championship Course at New World is open and in many ways considered a bombers paradise, if Grady can keep his drives in the green he will have a shot at playing a second round on Sunday at the Championship.

It is important to remember that Grady will be joining tour points champion Paul McBeth on the card during the semi-finals round. While it may seem like a tall task to beat out Paul McBeth to get into the Championship, Grady also has the opportunity to claim the 5th spot on the card and could easily do that if he keeps pace with Paul throughout the semi-finals round.

Will we see Grady in the top five on the final day of the 2018 Disc Golf Pro Tour Championship presented by Prodigy? You know what they say…if the Shue fits…

Make sure to subscribe to the Disc Golf Pro Tour Channel to be notified when we go live each day October 18-21st at the New World Disc Golf Complex in Jacksonville, Florida.