MVP Open Tournament Director, Steve Dodge, has issued the following rules clarification for play on hole 8. All competitors are being advised of this clarification today before beginning their round: 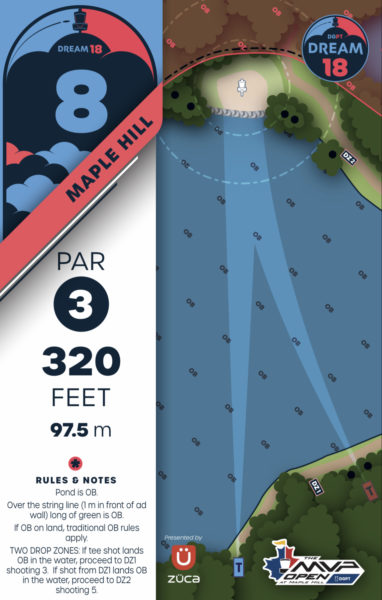 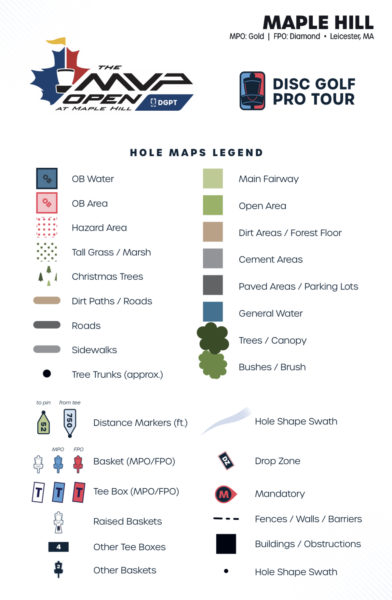 Hole 8 Ruling Clarification as it applies to an appeal in Round 2 at the 2020 MVP Open:

During competition in Round 2 Paul McBeth went out of bounds long, into the red OB Area, on Hole 8. He was advised that he must play from Drop Zone 1. He disagreed and played a provisional, marking his lie one meter off of where he crossed into the red OB Area. He scored a 4 on the hole from his provisional and a 5 from his original shot. Under the rules clarification above, Paul’s provisional play was the correct play.

At the end of his round, Paul was given an official ruling that his provisional was not allowed and that his play from DZ1 that resulted in a 5 was correct. Paul immediately appealed this ruling to the Tournament Director. Tournament Director Steve Dodge considered the appeal and took the time to review all relevant materials. Sunday morning, after consultation with the Disc Golf Pro Tour and the PDGA, the Tournament Director ruled that McBeth’s appeal had merit. Steve Dodge subsequently issued guidance to reverse the original ruling on McBeth’s provisional before the start of Round 3 of the MVP Open commenced, allowing his provisional on Hole 8 to become the official score, in line with the correct rules on Hole 8.

This change is in line with PDGA rule 801.03 Appeals which states, under (D), “If a ruling is overturned, an Official or the Director may adjust the player’s score to reflect the correct interpretation of the rules.” McBeth’s score was adjusted from a 5 to a 4 on the hole, and a from a 54 in Round 2, to a 53.