The 2020 Disc Golf Pro Tour Championship presented by Grip6 has been groundbreaking in many ways. The event delivered the largest purse in the history of the sport ($130,400), the largest payout to the winners of both the Men’s and Women’s divisions ($20,000 each), the first equitable payout at an Elite Series event, and now will be the first disc golf event featured on ESPN2.

The program is produced by the Disc Golf Network, JomezPro, and Bluefoot Entertainment. While the show will focus on final round competition at the Tour Championship, it will also feature storytelling to bring the sport of disc golf and the remarkable 2020 DGPT season to life for viewers. “Over two-thirds of the program will be disc golf action from the final round,” said Spring, “but the stories of the sport, the season, the initial rounds of the event, and the pro disc golfers will also be told and included in the show.”

The Disc Golf Pro Tour is launching a campaign to raise awareness of the broadcast during the two-week run-up to the program in hopes of maximizing viewership. “We’ve enjoyed working with ESPN, and expect to see ratings for the show soon after broadcast. We hope to spread the word throughout the disc golf world and beyond to demonstrate the appeal of the sport we love with lots of people watching.”

The DGPT promotion campaign will include giveaways, watch parties, and increased promotion as the air date for the Tour Championship approaches. 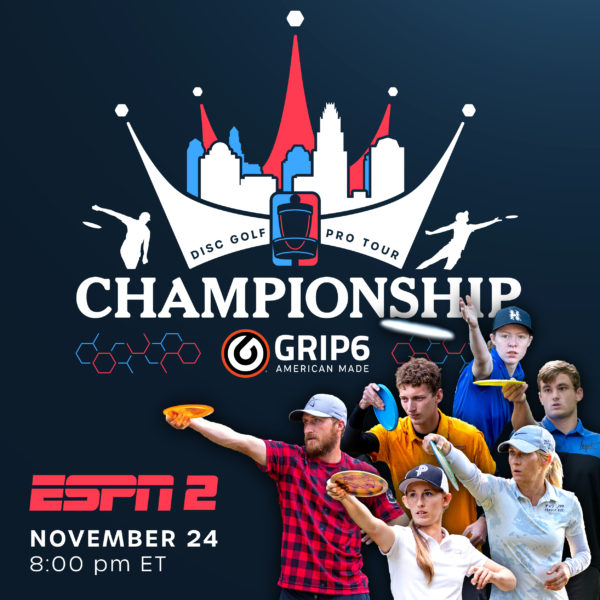