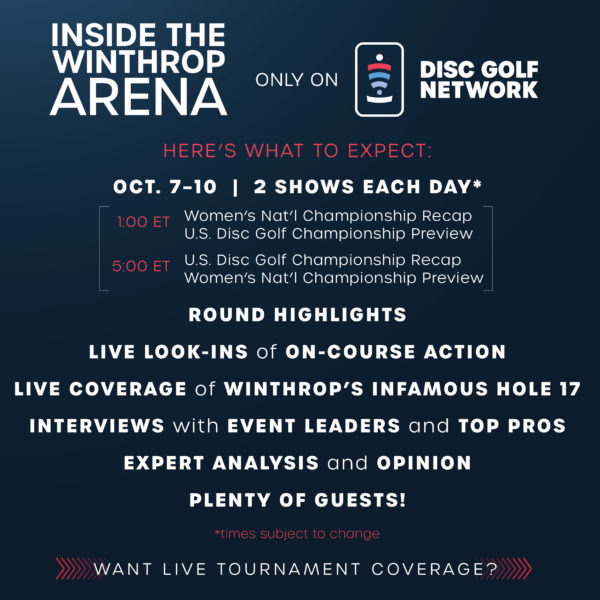 “Inside the Winthrop Arena” begins at 1:00 PM EST each day as the competition of the Women’s National Championship comes down the home stretch. The Disc Golf Network will follow the action into the clubhouse and recap each WNC round before shifting to a daily USDGC preview.

The DGN will have you covered until lead card tees and through the first few holes, before signing off to watch the action unfold live.

Fans who wish to watch the entire live broadcast will need to subscribe to the USDGC broadcast directly. Information on how to subscribe is available in the graphic below. 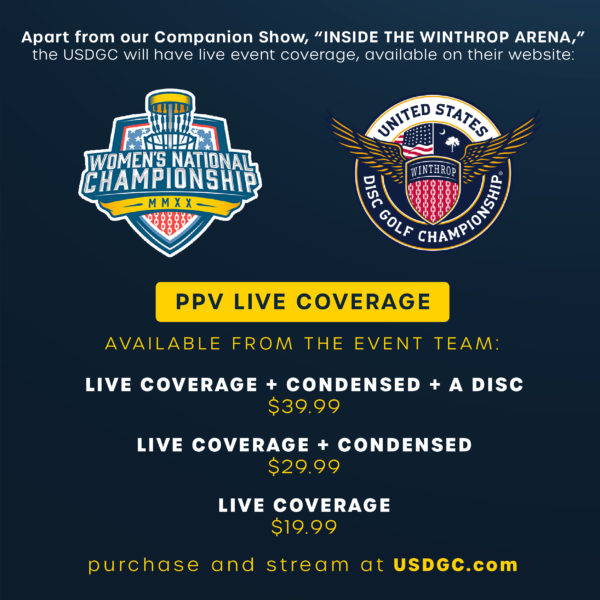 Join us on the back nine of the USDGC at 5:00 PM as the men are coming down the stretch and stay with us for interviews and post-round recaps that will get you primed for the next day at the Championship!