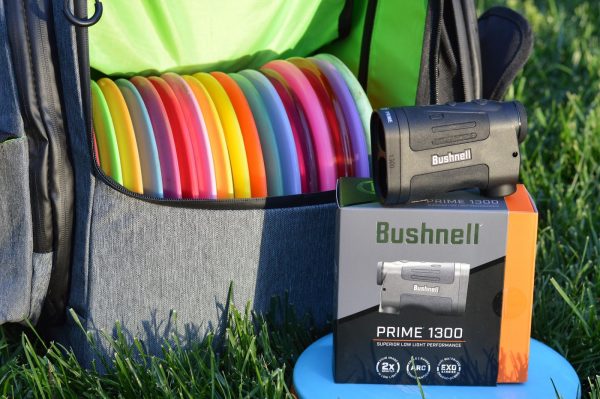 The Disc Golf Pro Tour is always hunting for partners outside of the disc golf industry. In order for the Tour and sport to continue to grow, it’s necessary to attract more non-endemic sponsors. “We were excited to hear from Bushnell after The Memorial Championship,” says Jeff Spring, DGPT CEO. “Based on the success of our first event’s broadcast, Bushnell saw the value that the DGPT organization, tour events, and players can bring to reaching the disc golf market in a professional manner.”

Bushnell is an American designer and manufacturer of outdoor sports and recreation products, with a large presence in the shooting sports market. While the brand has entered the traditional golf market, their step into disc golf makes them one of the larger brands outside of the sport to partner with the DGPT. Sean Jack, DGPT Partnership Director, has been managing the partnership and shares that “we see a path to grow this partnership. We’re thrilled to introduce the Bushnell brand to the sport and look forward to development for both parties and disc golf as a whole.”

With the emergence of longer courses, especially those on traditional golf courses, Bushnell saw an opportunity to reach a new user base for their rangefinders launched in 2019. Their rangefinders can be especially helpful on second and third shots for par 4’s and 5’s. These new rangefinders were purpose built to be small, light, and versatile. A great fit for a tour that spans very different courses and terrain across the country. Carlos Lozano, Senior Brand Marketing Manager at Bushnell, added, “The launch of our latest rangefinders was very well timed with the continued growth of disc golf over the past 12 months. This should be an essential piece of any disc golfer’s plan to improve their scores.” 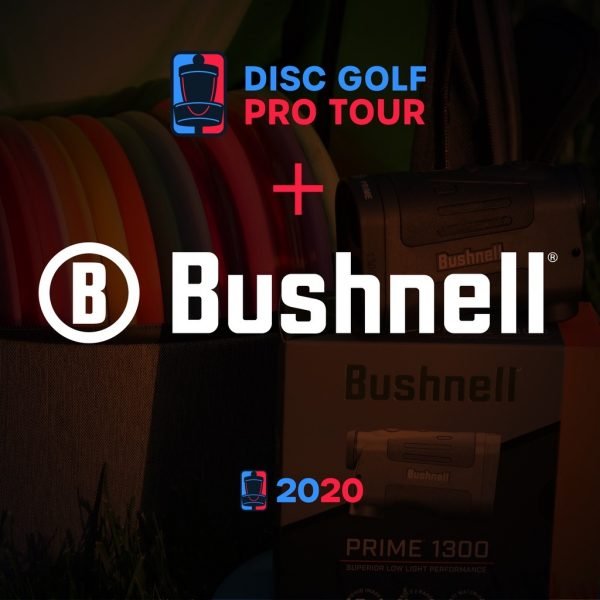 While the partnership was originally scheduled to launch during live events, the DGPT saw an opportunity to market their products during shelter-in-place orders. Many top professionals have published virtual competitions such as The Mile Challenge that have spread to several players’ YouTube channels. This is the structure of the “Dialed in with Bushnell ” Challenge, that will debut next week.

Fan favorites such as Simon Lizotte, Paul McBeth, and more are committed to participating. Players will throw a series of shots to specific distances: 100’, 200’, 300’, 400’, &  500’. They will then use the Bushnell Rangefinder to measure each throw accurately. Players total the sum of the difference between the disc and desired distance. The player with the lowest distance from their goal will earn $500, provided by Bushnell.

As the sport progresses, the DGPT aims to bring more “outside the sport” businesses in, and a key part of keeping them in disc golf is connecting them to competitors as well, not just through organizing, hosting, and broadcasting Pro Tour events, but also by connecting them to touring pros personal brands. This gives touring pros a chance to create their own relationship as well, an opportunity that the Pro Tour is excited to offer.

The promotion will be featured on the Disc Golf Network, DGPT’s YouTube channel, and the players’ own YouTube channels. While current products measure in yards, in the coming year, Bushnell plans to release a disc golf specific rangefinder that measures in feet! Learn more about Bushnell’s Rangefinders and how they can help you refine your game.